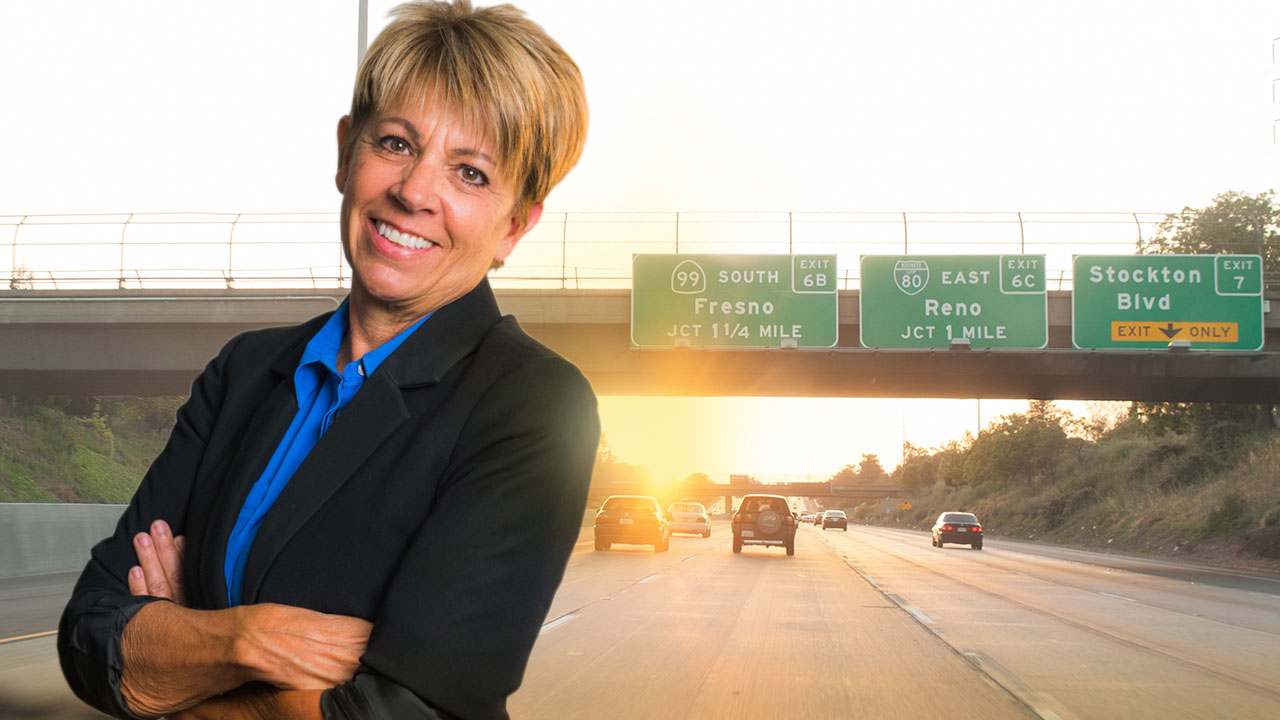 Lee Ann Eager, a strong advocate for high-speed rail and president/CEO of the Fresno County Economic Development Corp. since 2009, is the new chair of the California Transportation Commission.

Eager was elected chair during a commission meeting held via webinar on Wednesday. Carl Guardino, who is an executive vice president for San Jose-based Bloom Energy, was elected vice chair. Eager and Guardino move into their respective posts on March 1.

What the Commission Does

The 13-member commission is responsible for programming and allocating funds for the construction of highways, passenger rail, transit, and active transportation improvements in the state.

The commission also advises and assists the secretary of the California State Transportation Agency and the Legislature in making and evaluating state policies and plans for transportation programs.

Eager, who was appointed to the commission by Gov. Gavin Newsom in June 2020, succeeds Hilary Norton as the chair.

Eager brings a wealth of private- and public-sector experience to the CTC chair. She was an attorney at Lang, Richert, and Patch in Fresno from 2005 to 2009. Eager also was the executive director at Rape Counseling Service of Fresno from 1988 to 2000.

Then Gov. Jerry Brown appointed Eager to the California Workforce Development Board, California Partnership for San Joaquin Valley, and the California International Trade and Investment Council. In addition, she serves as co-chair of Fresno Works, an initiative to galvanize investments around high-speed rail in Fresno County.

A fourth-generation Fresno resident, Eager graduated from Fresno State and earned a Juris Doctor degree from the University of California, Davis School of Law.

In 2017, she received Fresno State’s Top Dog Award for the College of Social Sciences.