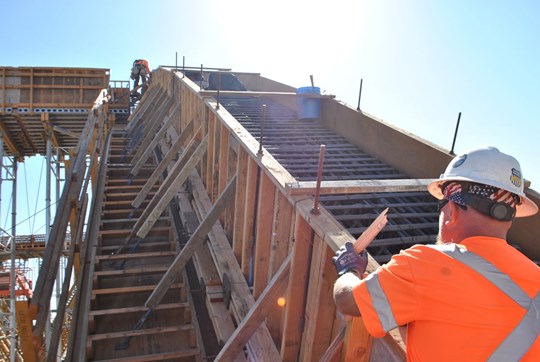 A recent Steve Lopez column titled “Let’s shift stalled bullet train funds to L.A. and San Francisco, where they’ll do some good” in the Los Angeles Times is once again a narrowminded view that perpetuates the decades-old problem of overlooking, and underestimating the value of California’s Central Valley. Even with continued discussion of “One California” and the goal of inclusion, we still have some northern and southern California leaders continuing the old rhetoric of “spending money where it will do some good” – which we all know in their minds – is in their own backyard.  For those of us who are life-long Central Valley residents, our backyard needs some recognition, too.
Our region has been fighting this fight for as long as I can remember.  We have been given the leftovers in the state and somehow accepted our fate — but no more.  Ten years ago, the federally mandated decision to begin construction of the first High-Speed Rail in the United States in the Central Valley and specifically in Fresno was met with excitement and enthusiasm.

Finally, It Is Our Time


We have been given the leftovers in the state and somehow accepted our fate — but no more.
Yet here we are 10 years later having to wage that fight all over again.  The High-Speed Rail Authority broke ground in the Central Valley for many reasons and those reasons are still valid today.  The Central Valley section for the project will act as the backbone for the entire system.  After the track is laid, trains are tested and going 220 miles per hour, passengers will be able to connect to other services to go north or south until the full system is built out.

Building this electrified high-speed rail system is necessary for our region, which has long suffered from some of the worst air quality in the entire country.  If we ever want to solve these issues, we must strive to achieve an alternative means of getting people to and from the Central Valley that doesn’t include diesel — High-Speed Rail presents a tangible solution.
Early on, the project was characterized as a “bullet train for job creation” and today those words ring true.
High-Speed Rail development in the Central Valley has put over 3,000 individuals to work, aligned hundreds of small businesses with contracting opportunities, and allowed Fresno and the entire Central Valley the ability to reach lower unemployment levels.

But even as Fresno County’s unemployment rate dropped to a record low of 5.8% in October, the Central Valley continues to face enormous economic hardships.  Nearly one in four people still live in poverty in Fresno County alone. This is why for the past decade, local leaders have been positioning the Central Valley to not only accommodate a system where trains will move people at full speed, but where the state can accelerate generational investments in a region gripped by unabated poverty, above-average unemployment, and dangerously poor air quality.

Let’s keep the momentum that this year has provided and make 2020 even more successful. It is time to double down on our efforts to operationalize High-Speed Rail in the United States, and specifically here in the Central Valley, not abandon them.
It is time to generate a revenue stream, move trains and people, and to help continue the work of reshaping the Central Valley’s local economy that has long been overlooked by the mega-regions of our state. It is time for our region to receive the benefits that have eluded us for too long.
Finally, it is our time!
About the Author
Lee Ann Eager is the president and chief executive officer of the Fresno County Economic Development Corporation.

Free Rides for 3 Assemblymen, and Wild Cards in House Race