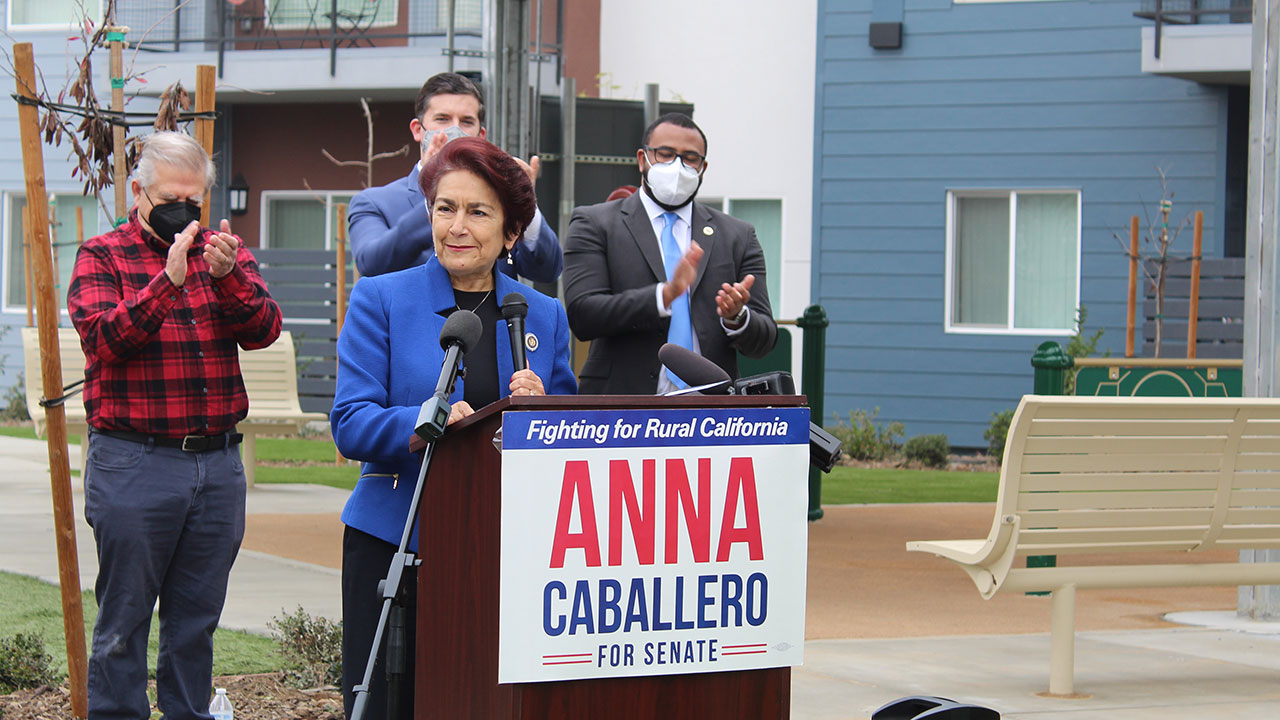 State Sen. Anna Caballero says she believes in COVID vaccines, but she is not sure about taking away parental consent for children to receive the shot.

The bill is one of several vaccine-related pieces of legislation that is expected to create a contentious debate over vaccines, COVID policy, and parental rights.

For example, Pan also introduced a bill on Monday that eliminates a personal belief exemption in school-based COVID-19 vaccination requirements.

At a political event last week, GV Wire asked Caballero, D-Merced, her thoughts on SB 866 and other key issues.

“(Sen. Wiener) does very challenging bills and the language becomes important to me, and I’m going to have to listen to what people have to say,” Caballero said.

But, she says she is uneasy with setting 12 as the age of consent without parental permission.

“I think it depends on the age of the kids, quite frankly. If you’re 16 or 17 and you want a vaccine and your parents don’t want you to, maybe you should have the right. But anybody younger than that, maybe not. I don’t know. I need to think about it and take a look at the language,” Caballero said.

Caballero is listed as a principal co-author.

“One of the challenges with working on bills is, there isn’t the opportunity to sit and get consensus and bring people that they don’t like the bill. And that’s what we need to do. We need to move it and we need to get the consensus,” Caballero said.

The bill passed last year in the Senate, but it stalled in the Assembly.

“There’s opposition to it, obviously, and the opposition is always from the environmentalist community that says, ‘Hey, we don’t want to be spending money on a federal project.’ We need to bring them on board and that’s in the Assembly. It’s not in the Senate right now. So we just need to keep working on it. And that’s part of the challenges with COVID is that we can’t socialize, we can’t get together, we can’t convene a group. We’ve got to do it virtually, and that’s a little bit more work,” Caballero said.

Caballero and Hurtado are headed to an election showdown. Both are running for Senate District 14, with the primary on June 7.

Recent changes to labor law allow agriculture employees to earn overtime after 40 hours in a week. There have been growing pains with the law, from both employersand employee. Workers have had hours cut to the 40-hour limit when they are used to working more.

The traditional overtime rules (more than eight hours a day and 40 hours a week) went into effect for employers with 26 or more workers on Jan. 1. The law, AB 1066, was passed in 2016. Caballero was not in the Legislature at the time.

“I’ve talked to a number of workers who have that same concern that they used to be able to work and wanted to work the extra hours. But because of the cost of overtime, they’re no longer working for that same company. It’s an issue, but it’s done. You know, I don’t see legislation coming back that’s going to change that, quite frankly,” Caballero said.