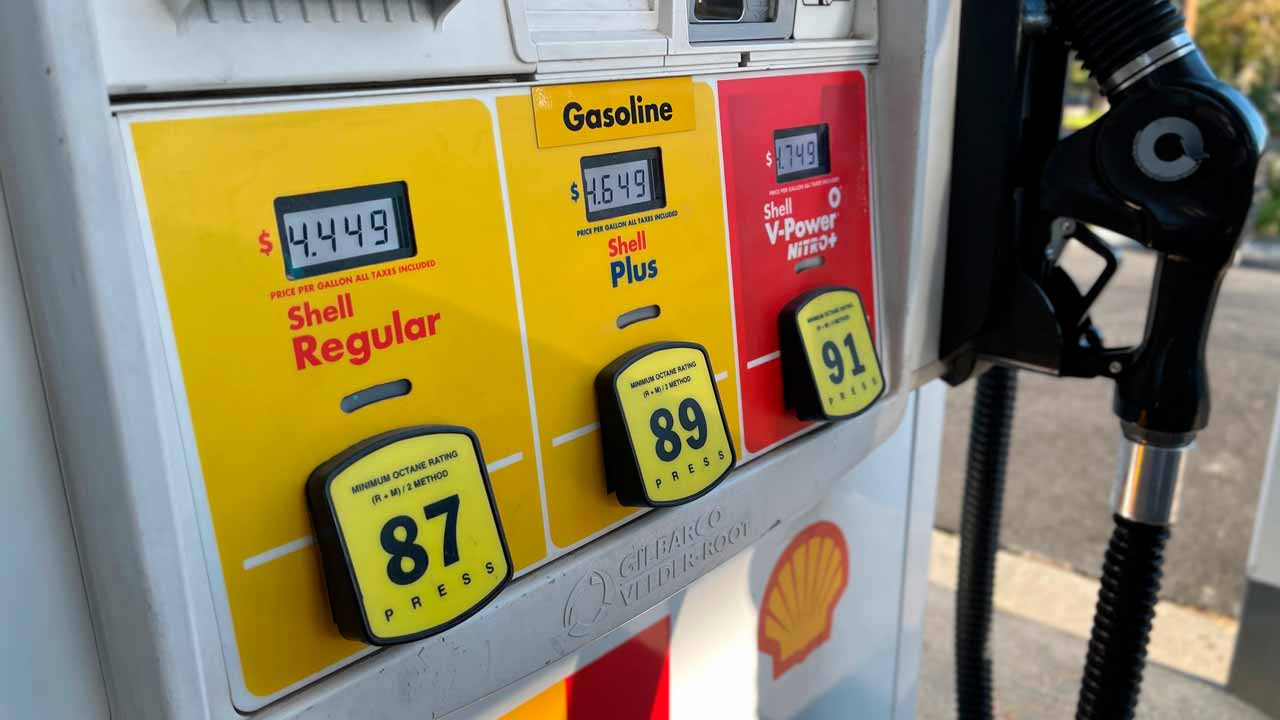 The gas price tracking firm GasBuddy says a gallon could cost as much as $5.65 in California this summer. (Shutterstock)
Share with friends

In its 2022 forecast, the gas price tracking company GasBuddy says that a gallon could rise to as much as $5.65 in California.

That’s the high-side prediction for San Francisco and would likely come in June when summer vacation travel kicks in.

Gas is expected to peak at $5.45 a gallon in Los Angeles, GasBuddy predicts.

According to AAA, the average price today for a gallon of regular-grade gas in Fresno is $4.52. That compares to $4.68 in Los Angeles and $4.84 in San Francisco.

Meanwhile, the GasBuddy forecast pegs the national average for 2022 at $3.41. And, the firm says that prices could eclipse $4 a gallon in May and June in states where gas usually costs much less than in California.

“The economy is hot. Demand has come roaring back. But supply is still catching up after getting cut greatly in 2020,” Patrick De Haan, head of petroleum analysis at GasBuddy, told CNN.

Why High Prices in California?

Californians long have paid a lot more for gas than residents of other states.

Here’s why, according to the U.S. Energy Information Administration:

“California gasoline prices are generally higher and more variable than prices in other states because relatively few supply sources offer California’s unique blend of gasoline outside of the state. California’s reformulated gasoline program is more stringent than the federal government’s program. In addition to the higher cost of this cleaner fuel, state taxes on gasoline in California are higher than they are in most states.”

Household Spending on Gas Expected to Double From 2020

“Note that this outlook is not indicative of what will happen but rather what we believe could happen given specific inputs, potential impacts on production, as well as supply and demand,” GasBuddy’s analysis said.

“Additionally, due to the ongoing COVID-19 pandemic and new variants entering the picture, uncertainty is again a factor in 2022, making a forecast more challenging.”

Sixty percent of respondents said they disapproved of Biden’s handling of the economy.

Ahead of Thanksgiving, Biden announced the release of 50 million barrels of oil from the Strategic Petroleum Reserve — the largest reserve release in US history, according to his administration.