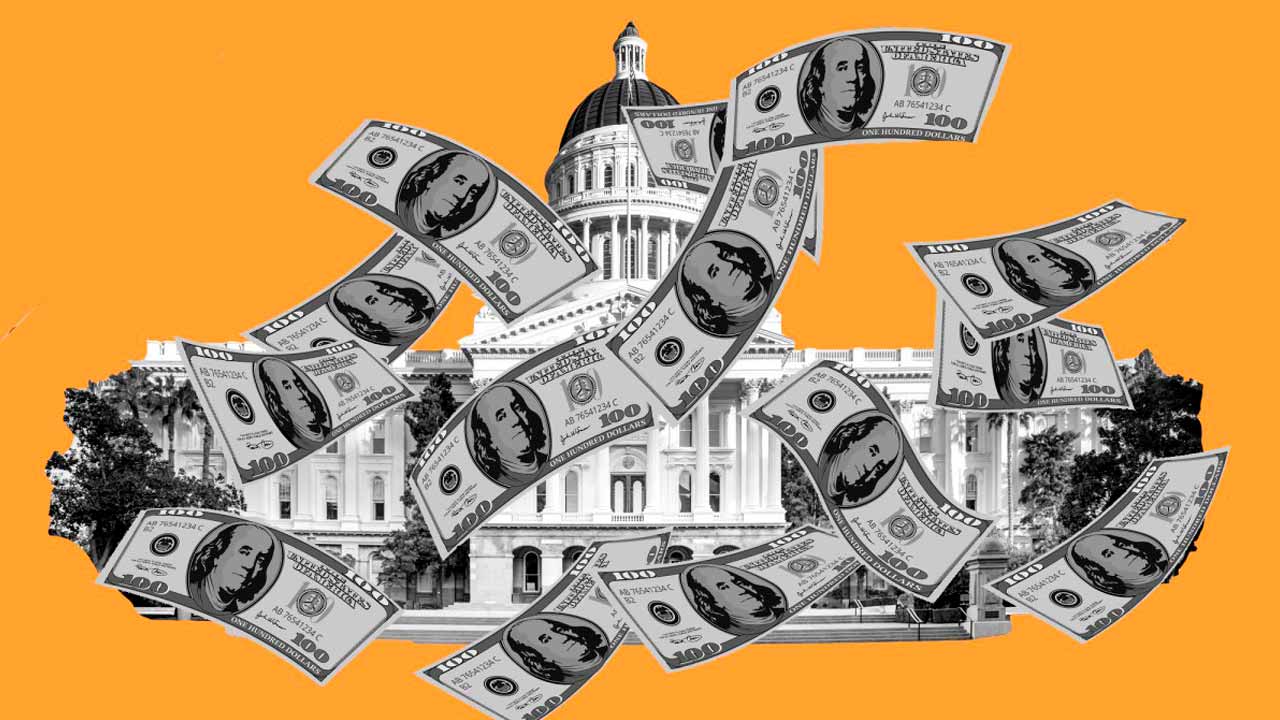 California lawmakers are being deluged with demands on how to spend the state's budget windfall, Dan Walters says. (CalMatters Illustration/Anne Wernikoff)
Share with friends

After a four-month sabbatical, state legislators returned to Sacramento Monday for a new session that will be dominated by several seemingly contradictory factors.

On the negative side, California is once again dealing with a surge of COVID-19, this one caused by a particularly virulent variant called Omicron, that creates thorny issues, such as whether public schools serving 6 million kids can remain open. Californians’ angst over the pandemic’s impacts is magnified by rising public fears over crime, particularly homicides and other violent crime.

Crime and disease threaten an economy that is still struggling to recover from earlier pandemic surges, which erased more than two million jobs and shuttered countless small businesses, particularly restaurants. While employment is slowly increasing, the state still has the nation’s highest unemployment rate, 6.9% in November.

As millions of Californians on the lower rungs of the economic ladder still feel the income impacts of pandemic, they also must cope with a sharp increase in the state’s already high costs of living. Rising prices of necessities, such as rent and gasoline, worsen the state’s economic divide and its unenviable status of having the nation’s highest poverty rate.

Conversely, however, those occupying the ladder’s higher rungs have been prospering. Federal economic policies, especially low interest rates, have inflated values of their income-producing assets, such as stocks, and the state has been seeing tens of billions of dollars in additional income tax revenues.

These conflicting trends set the stage for a momentous debate over how the cornucopia of tax money will be spent. Should California now take giant steps toward the creation of a Western European-style array of income subsidies and social services, much favored by those on the left wing of the dominant Democratic Party? Or should it adopt the more conservative approach of diverting much of the windfall into reserves and/or spending it for one-time purposes, such as paying down debt or public works projects?

Gov. Gavin Newsom anticipates what he called an “historic” surplus as revenues continue to flood the state treasury, so far an additional $10 billion halfway through the 2021-22 fiscal year. The state budget has already topped a quarter-trillion dollars and the Legislature’s budget advisor, Gabe Petek, estimates that the state will have another $31 billion surplus for the 2022-23 budget.

Newsom will unveil his proposed budget next week and has already dropped some hints about his priorities, such as more money to combat crime and clean up homeless encampments. Legislative leaders want to prioritize aid to low-income Californians who are suffering the most from the pandemic, both medically and financially.

“It’s interesting the economy continues to do well (but) people don’t feel it,” Assembly Budget Committee chairman Phil Ting says. “And so I think we have to get a sense of exactly where the pain points are, and what (are) the best ways to help them out.”

Senate President Pro Tem Toni Atkins has proposed to spend the windfall on “those who need it most — the middle class and families struggling to get by.” Specifics would include affordable housing and payments to essential workers.

The Gann Limit, a measure adopted by voters in 1979, restricts how unanticipated revenues can be spent, such as education, public works and rebates to taxpayers. The latter could be met by reprising last year’s cash payments to those under certain income thresholds.

Legislators are already being deluged with suggestions and demands on how to spend the budget windfall and it’s impossible to meet them all. The politics of plenty can be just as difficult as the politics of poverty.