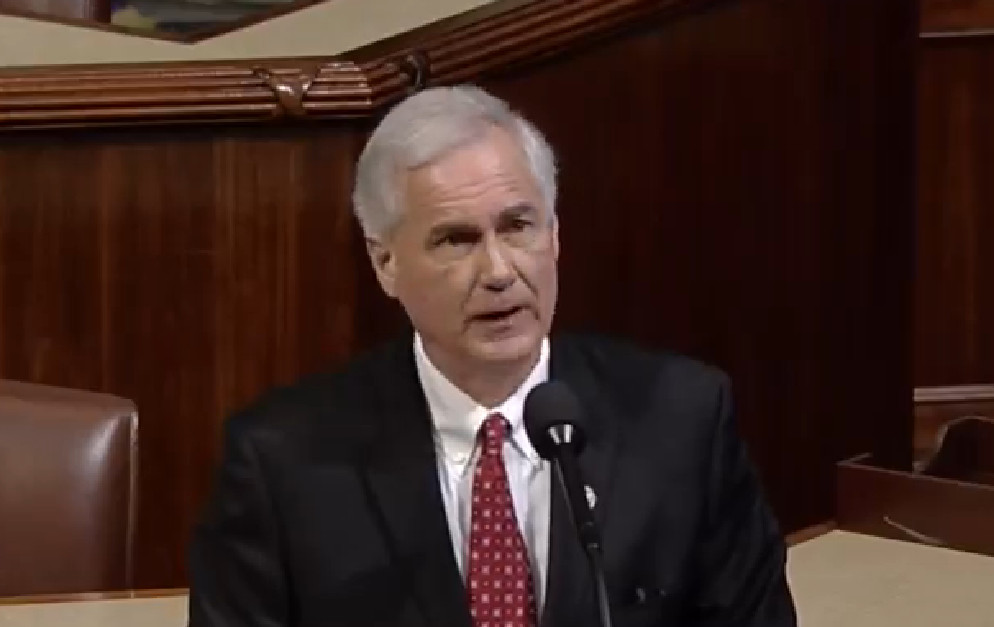 Decisions about which GOP candidates run in Central Valley congressional races may clear up as soon as Rep. Tom McClintock reveals his 2022 electoral plans.

McClintock, R-Elk Grove, is the lynchpin for Republicans in the 2022 election cycle. His decision is likely to cause a chain reaction among Central Valley hopefuls in not only the June congressional primaries but the pending spring election to fill the remainder of Devin Nunes’ term.

The expected reaction to McClintock’s verdict is similar to how Rep. Jim Costa’s announcement of his 2022 re-election plans affected other Democrats.

Nunes, R-Tulare, officially resigned his 22nd Congressional District seat last Saturday. The date for the special election will come within the next two weeks from Gov. Gavin Newsom.

For Borgeas, running for Congress would mean not running for a second term in the state Senate. Candidates can generally run for one office at a time.

If Borgeas wants to stay in Sacramento, he would have to run against another fellow Republican, state Sen. Shannon Grove of Bakersfield. Grove announced she would run in the newly-drawn Senate District 12. Or, Borgeas could run in adjacent SD 4, where some of his current constituents are now found.  That would require a change in voting address to within the new district.

For Fresno County Supervisor Nathan Magsig, his term runs through 2024. He would not have to give up his seat just to run for Congress. The question is whether he is willing to give up his seat for a temporary stay in Washington in the special election.

Magsig tells GV Wire that leadership is important to him, and giving up his supervisor seat is a sacrifice he is willing to make. He plans to make an announcement soon as to where he might run in the full-term election.

As far as the special election, “I’m full speed ahead,” Magsig said.

Heng Is Analyzing Where to Run

Former congressional candidate Elizabeth Heng said she plans to run in the special election. She is still deciding what district to run in for the June primary for the full-term seat.

Fresno City Councilman Garry Bredefeld expressed early interest in the Nunes vacancy. He said he has no updates to his plans.

Democrats Phil Arballo, Lourin Hubbard, and Eric Garcia all stated they will run in the special election. All aimed their general election campaign against Nunes.

Arballo’s campaign said he is “still weighing” his options for the November 2022 elections. Hubbard plans to run in CD 21, which incorporates several of the communities in the current CD 22 such as Fresno and parts of Tulare County.

John Estrada, a perennial Republican candidate for public office through the years, took out papers in Fresno County for the new Congressional District 5 race. In Stanislaus County, Democrat Mike Barkley and Steve Wozniak — presumably not the famous founder of Apple Computers — took out papers to run.

The new electoral map places conservative-friendly Clovis in the 20th Congressional District that also includes Visalia and parts of Bakersfield. House Minority Leader Kevin McCarthy, R-Bakersfield, is expected to run for that seat.

Conservative-friendly north Fresno is the south border for CD 5, which includes several mountain/Gold Country communities. A statement last month from Assemblyman Kevin Kiley, R-Rocklin, indicated that McClintock would run in CD 5 while Kiley would run in the adjacent CD 3.

With the resignation of Nunes, a special election in his Clovis-Tulare County-based seat is expected in May or June. That will fulfill the remainder of the term for the current CD 22 through Jan. 3, 2023.

Related Topics:2022 electionsTom McClintock
Up Next

Why Do So Many Vaccinated People Get COVID-19?