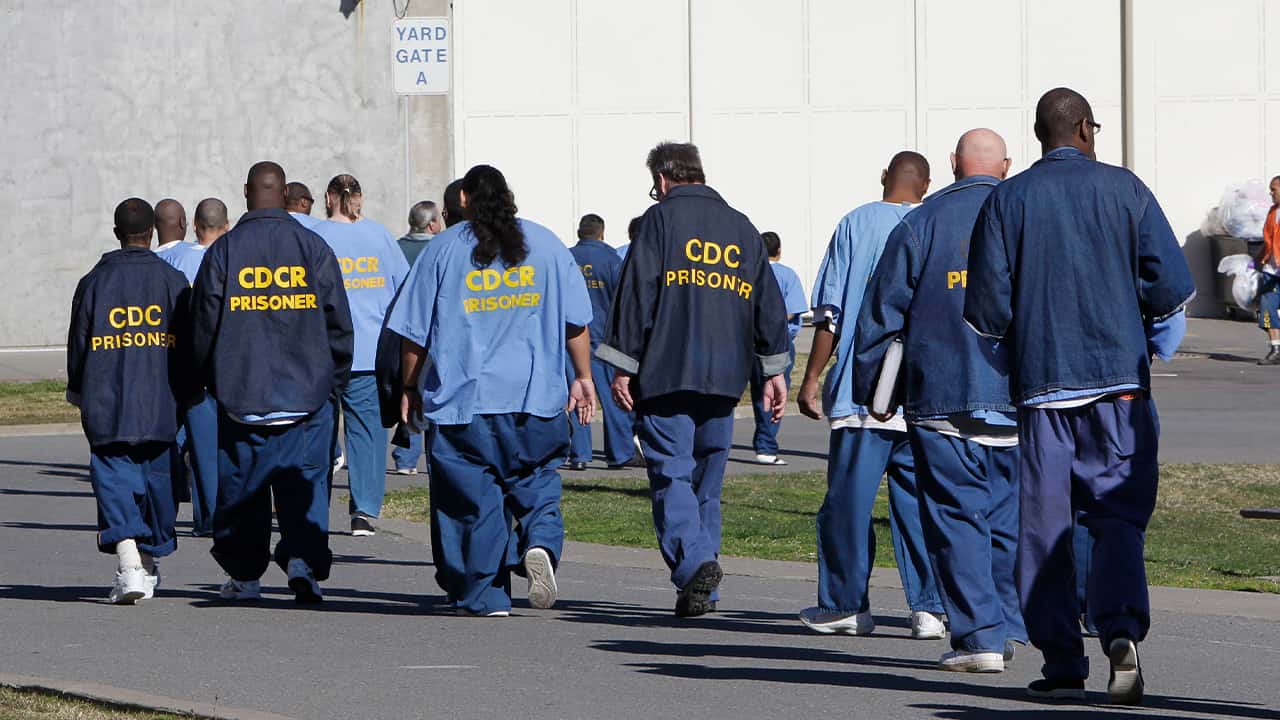 In this Feb. 26, 2013, photo, inmates walk through the exercise yard at the state prison near Folsom. (AP File)
Share with friends

SACRAMENTO — The California Supreme Court unanimously ruled Monday that corrections officials need not consider earlier release for violent felons, even those whose primary offense is considered nonviolent under state law.

The ruling stems from inmates’ latest attempt to expand the application of an initiative championed by former Gov. Jerry Brown and approved by nearly two-thirds of voters in 2016.

But the high court ruled that corrections officials acted properly in drafting regulations that “exclude from nonviolent offender early parole consideration any inmate who ‘is currently serving a term of incarceration for a ‘violent felony.'”

The justices said that includes prisoners serving sentences for a combination of violent and nonviolent felonies.

“In reaching this conclusion, we find the constitutional text (of the ballot initiative) is ambiguous,” wrote Chief Justice Tani Cantil-Sakauye on behalf of the court.

However, the justices agreed with the corrections department’s argument that “the ballot materials reveal that the voters intended to exclude any inmate currently serving a term for a violent felony from early parole consideration, regardless of whether such an inmate has also been convicted of a nonviolent felony.”

The broadest interpretation of the lower court’s finding to the contrary would have required earlier release consideration for the vast majority of inmates, the department argued, since most are serving time for both violent and nonviolent felonies.

Proposition 57 allows most inmates to seek earlier paroles as a way to encourage rehabilitation and reduce mass incarceration. Parole boards can still choose not to allow individual earlier releases.

But Brown and other proponents told voters it would apply only to nonviolent offenders and exclude those convicted of sex crimes.

“Nobody thought this provision would apply to anyone with a violent conviction. And to take an extremely literal view of the (ballot) language and apply it in a way that nobody on either side thought it was going to be applied would be absurd,” said Kent Scheidegger, legal director of the Criminal Justice Legal Foundation that filed a friend of the court brief opposing such a broad interpretation.

The Supreme Court’s decision overturned one appeals court ruling that would have invalidated the corrections department’s regulation that excluded inmates serving time for any violent crime, even it is not their primary offense.

California’s legal definition of violent crimes is narrow, applying to about two-dozen of the most serious crimes including murder, voluntary manslaughter, attempted murder, kidnapping, assaults, arson, robbery, and extortion.

The case was brought by inmate Mohammad Mohammad, now age 44, who in 2012 pleaded no contest to nine counts of second-degree robbery, which are considered violent felonies, and six counts of receiving stolen property — nonviolent crimes.

The Los Angeles County judge designated one of property offenses as his principal crime but said the other sentences should run consecutively, giving Mohammad an aggregate sentence of 29 years in prison.

Mohammad argued that under the plain language of Proposition 57, he should be considered for release after serving just three years for the property crime, and the appeals court agreed.

His attorney, Heather MacKay, said she was disappointed but may file a new challenge starting over again in county superior court, based on some of the questions left unresolved by Monday’s decision.

“They left open the possibility (for future court interpretation) that Mr. Mohammad and other folks with mixed offenses might become eligible for early parole after they serve the violent felony portions of their terms,” she said.

The justices’ decision Monday contrasted with their previous decision that broadened parole consideration for sex offenders.

A year ago, they ruled that inmates who have been convicted of nonviolent sex crimes may be eligible for early parole consideration under the plain language of the same ballot measure.

“Here, by contrast, the ballot materials provide much stronger support for the Department’s position,” Cantil-Sakauye explained in Monday’s ruling.