US Has Reunited 100 Children Taken From Parents Under Trump 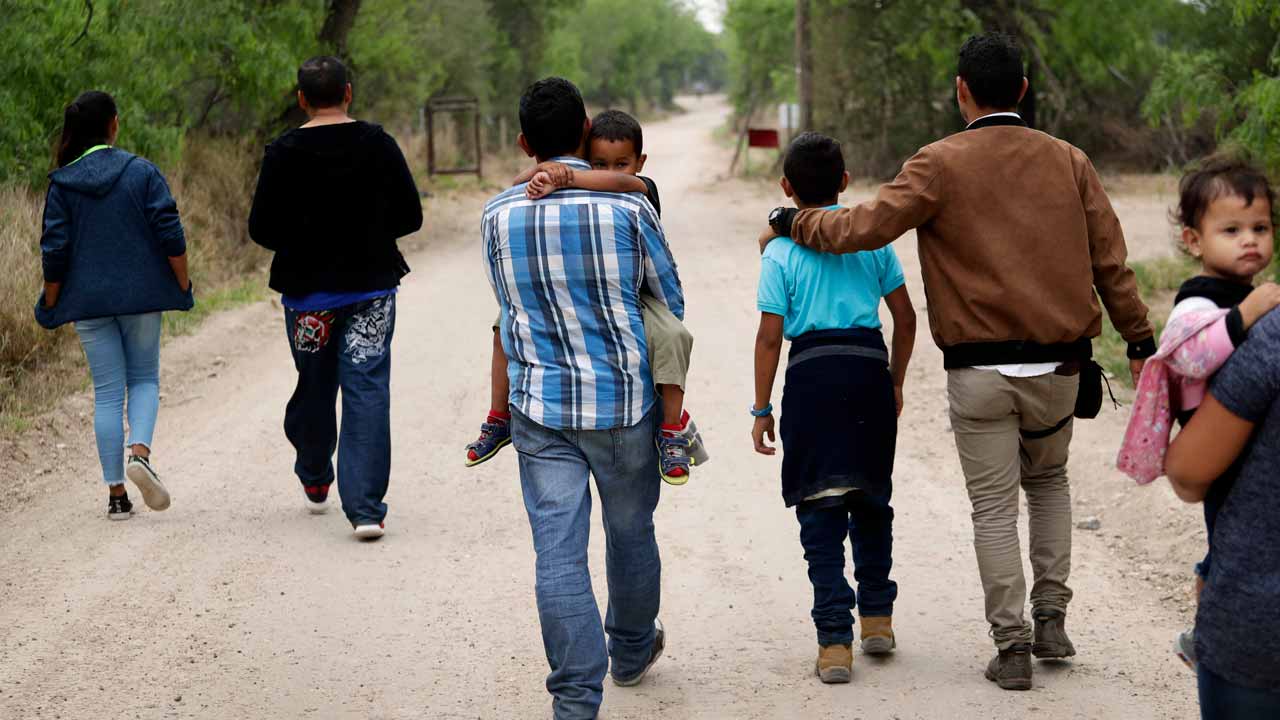 In this 2019 file photo, a group of migrant families walk from the Rio Grande, the river separating the U.S. and Mexico in Texas. (AP Photo/Eric Gay)
Share with friends

A Biden administration effort to reunite children and parents who were separated under President Donald Trump’s zero-tolerance border policy has made increasing progress as it nears the end of its first year.

The Department of Homeland Security announced Thursday that 100 children, mostly from Central America, are back with their families and about 350 more reunifications are in process after it took steps to enhance the program.

“I would have loved to have this happen much more quickly. But we are making progress and I feel like we’re gaining momentum,” said Michelle Brané, executive director of the administration’s Family Reunification Task Force.

President Joe Biden issued an executive order on his first day in office to reunite families that were separated under the Trump administration’s widely condemned practice of forcibly separating parents and children at the U.S.-Mexico border to discourage illegal immigration.

Homeland Security Secretary Alejandro Mayorkas thanked community organizations for helping to locate and contact family members as he announced the program’s milestone on Twitter. “We have a lot more work to do,” he wrote. “We are dedicated to finding every family and giving them the chance to reunite and to heal.”

The work of the task force has been complicated by a number of factors, including inadequate or missing records on the separated families, the sheer number of cases and the fact that many parents are in remote Central American communities and were unable to track down their children or get to the United States to retrieve them.

In September, the task force had reunited 50 families when the administration announced a partnership to speed up the effort with the International Organization for Migration. A web portal — Juntos.gov or Together.gov — was created for parents to contact the U.S. government and work through the reunification process.

About 5,500 children were forcibly removed from their parents under Trump, mostly in 2018. His administration was seeking to stop an increase in people crossing the U.S.-Mexico border by resorting to criminal prosecutions, even if the migrants were presenting themselves to authorities to seek asylum as permitted under the law.

Amid widespread condemnation, including from Republicans, Trump stopped the practice in June 2018 just days before a judge ordered an end to the program in response to a lawsuit filed by the American Civil Liberties Union.

Brané said in an interview ahead of Thursday’s announcement that officials believe there are still about 1,150 children whose whereabouts have not been confirmed. The total fluctuates as some cases are resolved with new information and new ones emerge, including some who have reached out through the new web portal.

“Obviously, this is nowhere near the end,” Brane said. “This is just the beginning of this ramp up and hopefully families will see that reunifications are happening and they will feel confident coming forward.”

Hundreds of Families Have Filed Lawsuits

Reunited parents and children, including some who arrived at U.S. airports this week, are being granted humanitarian parole to reside in the country for a minimum of three years, and may pursue permanent status through asylum or another program. They are also receiving counseling services.

Hundreds of families have also filed lawsuits against the federal government.

The Justice Department last week told lawyers representing several groups of families that it was withdrawing from settlement negotiations, after eight months of talks, and would defend each case in court.

That came after media reports of a proposed settlement that would include payments of several hundred thousand dollars to each affected person sparked outrage among Biden administration critics in Congress and elsewhere.