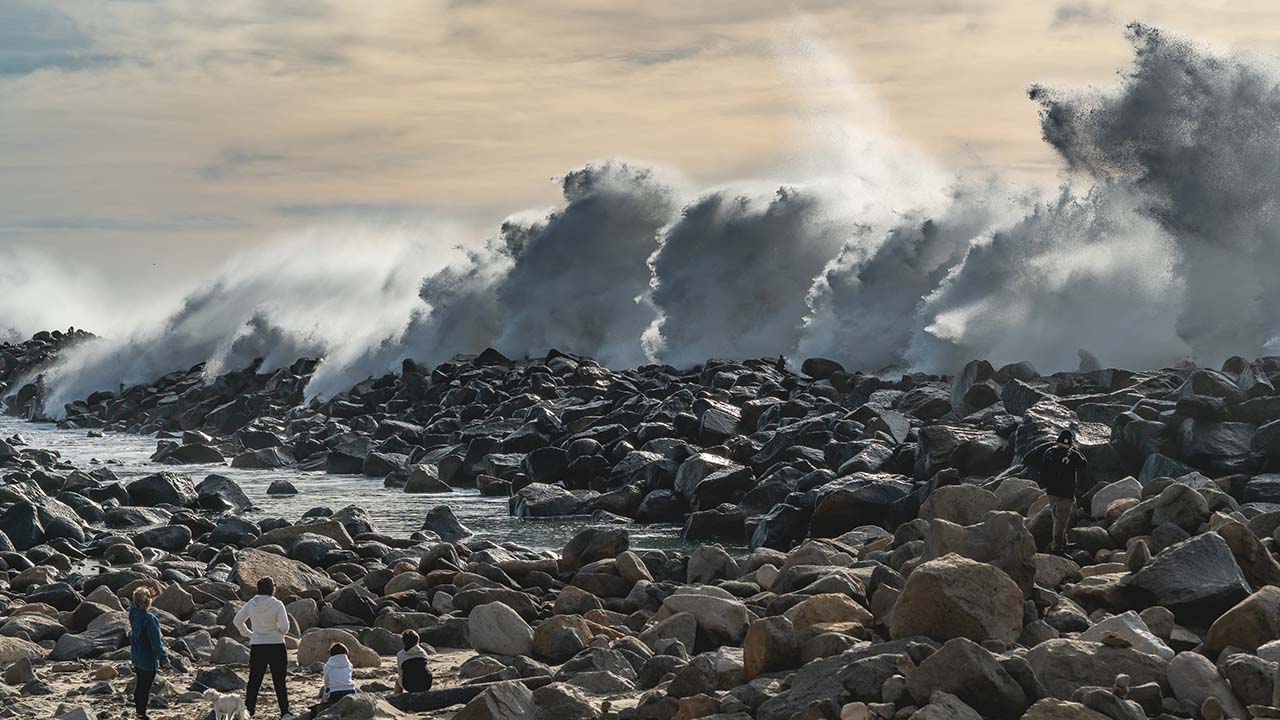 High tide in Morro Bay earlier this year. The King Tides can be seen on California's coast through Sunday, Dec. 5. (Shutterstock)
Share with friends

Unusually high tides are hitting California beaches, including the state’s Central Coast, and will continue through Sunday morning, the National Weather Service says.

The astronomical tides, also known as King Tides, will occur in the morning followed by low tides in the afternoon. While minor flooding could occur, significant damage isn’t expected.

If you’re at the coast this weekend, the California King Tides Project would like you to share photos of the high tides. Your photos help scientists understand what California faces as climate change raises the sea level.

“Learn how to participate by uploading your photos via a web browser or with a free app,” the California King Tides Project says on its website. “As always, please be cautious and respect the power of the ocean, and don’t disturb shorebirds that may be much farther upland than usual.”

You can view a gallery of King Tides photos at this link.

The unusually high tides occur when the moon, Earth, and sun align while the moon is closest to Earth and Earth is closest to the sun, the NWS said.

“I’m gonna be looking forward to seeing the very high tide on Saturday and hadn’t really thought about the counterpart, which is the low tide,” Jim Rasmussen of Morro Bay told television station KSBY.

Morro Bay’s harbor director, Eric Endersby, said there will be a nearly 9-foot change in tides accompanied by a strong current affecting kayakers and paddleboarders.