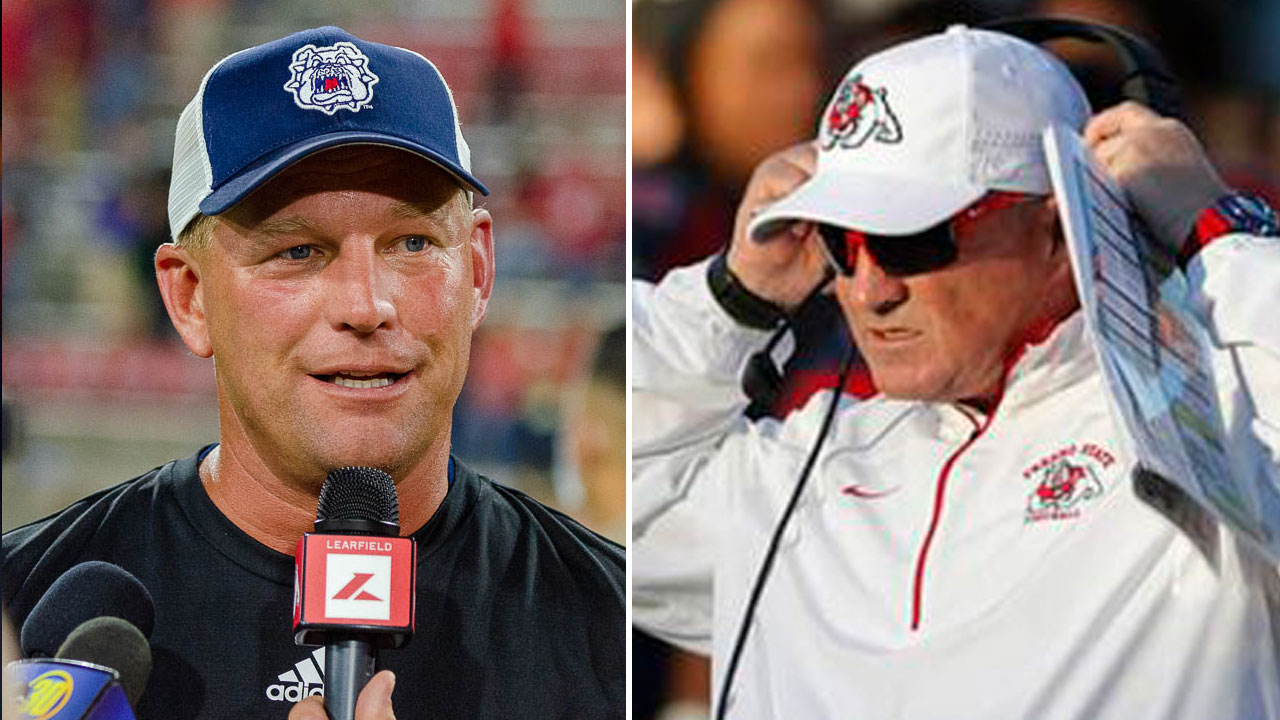 The University of Washington announced on Twitter that it hired Fresno State’s Kalen DeBoer as its new football coach on Monday afternoon.

The Huskies are turning to DeBoer in hopes of returning to national prominence following a big slide after Chris Petersen left the program in 2019.

“While we are saddened to see Coach DeBoer leave Fresno State, we are grateful for his service to our university and our community over the past two years. We did all that we could to keep Coach and his family in Fresno, but we understand that this is an incredible opportunity for them,” said Fresno State Athletic Director Terry Tumey.

“We will move swiftly and diligently in our search for a new head coach, while supporting our current student-athletes and actively recruiting the next generation of Bulldogs. There is no doubt that the tremendous young men in our program, as well as our long history of success on the field and the support of our passionate Red Wave fan base give us a uniquely strong foundation to move forward.”

Tumey said that assistant head coach Lee Marks would be the Bulldogs’ interim coach for the team’s upcoming bowl game.

“This staff owes it to the players to make sure we send them out the right way this season,” Marks said. “We need to make sure that we prepare and get ready for this bowl game. Right now, we are going to focus on getting the guys healthy and making sure they are finishing the semester. We want to finish the right way.”

Will Tedford Return to Bulldogs?

With DeBoer exiting Fresno State, the top candidate for the Bulldogs’ job might be Jeff Tedford, who left after the 2019 season because of health issues. Tedford, 60, reportedly is healthy after undergoing a heart procedure and wants to coach again.

Sources: Longtime college coach Jeff Tedford has expressed interest in returning to coaching in college. Tedford, 60, stepped down in 2019 because of health concerns. He’s recovered after a heart procedure and feels energized. Tedford went 108-71 in 14 seasons at Cal and Fresno.

Tedford, a former Fresno State quarterback, led Cal to an 82-57 record and eight bowl bids in 11 seasons. Then, after Tedford’s hiring at Fresno State, the Bulldogs went 10-4 in his first season and played in the Mountain West title game.

Fresno State then set a school record for wins the following year with a 12-2 mark that included a conference title win over longtime nemesis Boise State and a win over Arizona State in the Las Vegas Bowl. Fresno State finished that season ranked 18th in the nation.

“Jeff would like to coach in Fresno again, I believe,” said a source close to the Fresno State program.

However, there is a possibility that some Pac-12 programs would have an interest in Tedford as well.

DeBoer Showed Huskies What He and Haener Could Do

Haener, who transferred from the Huskies to Fresno State for the 2020 season, is eighth in the nation with 3,810 passing yards and tied for 10th in touchdowns with 32. He has thrown just nine interceptions.

In addition, DeBoer’s history with Tedford likely played in DeBoer’s favor with the Huskies. Tedford is close with Petersen. Tedford was a consultant for Washington during the 2016 season when the Huskies won the Pac-12 championship and reached the College Football Playoff under Petersen

DeBoer, 47, led Sioux Falls to three NAIA championships from 2005-2009 and then made a name for himself as a gifted offensive coordinator at several colleges, including Indiana and Fresno State.

He returned to the Bulldogs as head coach and went 3-3 during the abbreviated 2020 pandemic season. This year’s 9-3 Fresno State mark includes two wins over teams that were nationally ranked at the time, UCLA and San Diego State.