Will Raiders Crack Under the Weight of Tragedy? Derek Carr Won't Let It Happen 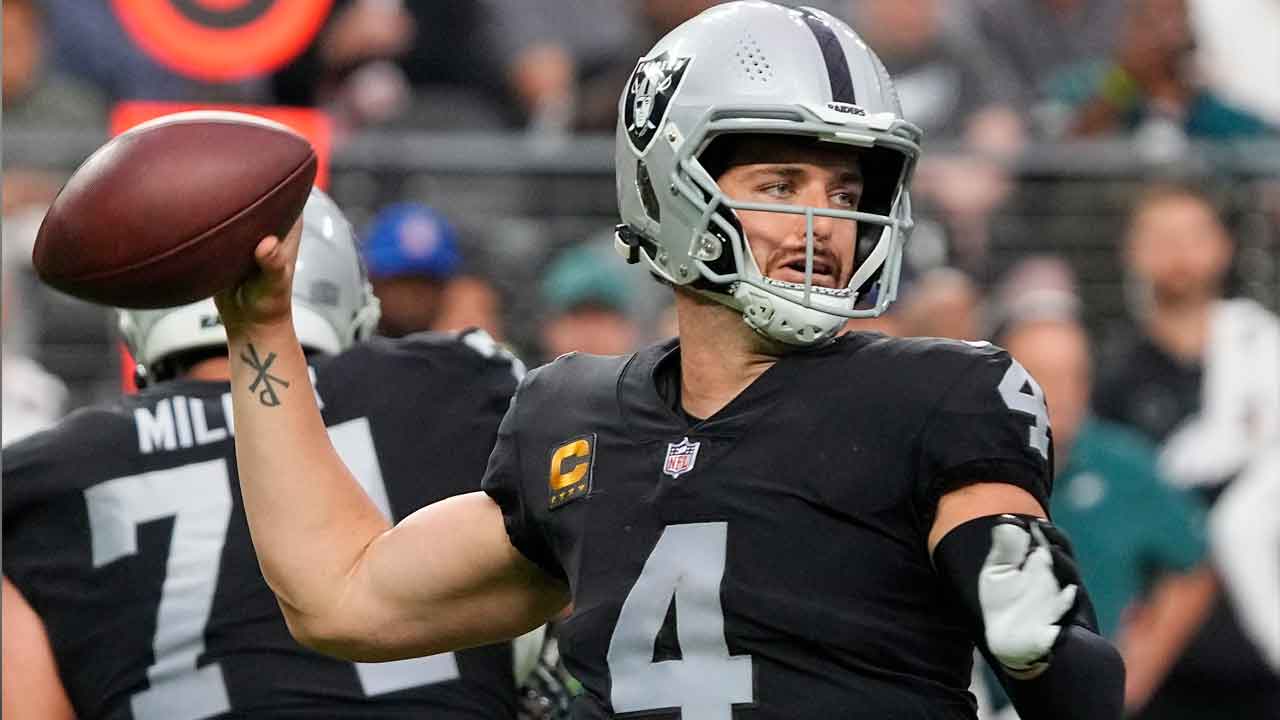 Life has thrown a lot at Derek Carr this season, but he's up to leading the Raiders through tremendous adversity, says his brother, David Carr. (AP File)
Share with friends

Life has thrown a lot at the Las Vegas Raiders and my younger brother Derek this season.

As the face of the franchise, he’s had to answer questions about the forced resignation of coach Jon Gruden. Now he’s facing even tougher questions about Henry Ruggs III, who is accused of causing the burning death of a 23-year-old Las Vegas woman by driving his Corvette, while drunk, into her car at 127 mph.

I’m confident that Derek is up to the challenge. His strong Christian faith and life experiences have prepared him for these moments. We saw his faith displayed when he said, “I love the man, I hate the sin,” after Gruden’s racist, homophobic, sexist emails surfaced.

This week, while acknowledging the tragic death of Tina O. Tinto and the terrible loss to her family, he said of his now-former teammate Ruggs, “He needs people to love him right now. … If no one else will do it, I’ll do it.”

I didn’t expect him to say anything different.

This situation has hit my brother harder than you can imagine. That’s because he and Ruggs, in his second season with the Raiders, were becoming closer on and off the field. They had been texting Monday evening before the crash and Derek told me that Ruggs said he was having a good time at TopGolf, a Las Vegas sports entertainment venue. He even asked Derek for tips on his golf swing. Nothing appeared to be out of the ordinary.

But, from there, Ruggs made deadly and life-altering decisions that are inexcusable. I think back to my time in NFL locker rooms. The coaches are always warning you about drinking and driving. They almost plead with you to be responsible. And, even if you’ve had too much to drink, the NFL will get you home safely. All you have to do is text or call.

As compassionate as Derek is, he’s also geared for leadership, and that means getting himself and his teammates focused on the Raiders’ game at the New York Giants on Sunday. That’s how it is in the NFL. You have to compartmentalize because you’re constantly switching between real life and your football life.

I’m sure people are waiting for the Raiders to crumble under the weight of what they’ve already endured seven games into their schedule. I don’t see that happening because I know what my brother is made of. 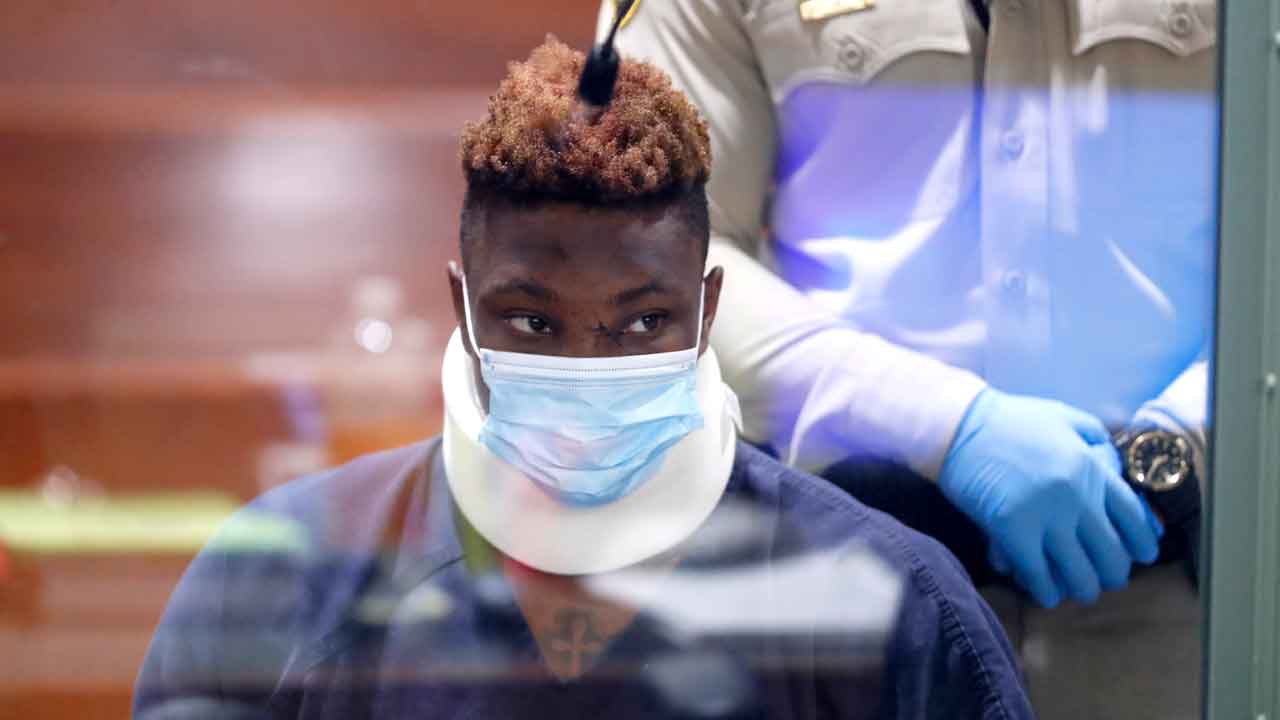 Backup QBs in the Spotlight

Trevor Siemian, who hadn’t started a game in four years and is third on New Orleans’ depth chart, came in for the injured Jameis Winston and helped the Saints take down Tom Brady and defending Super Super Bowl champion Tampa Bay. Siemian is a cerebral quarterback and he knows exactly what coach Sean Payton wants to do with the football.

Mike White of the New York Jets has been waiting for a chance to show what he can do since Dallas drafted him in 2018. Since joining the Jets, he’s been waived and assigned to the practice squad too many times to count.

With first-round pick Zach Wilson injured, White took one look at Cincinnati’s vanilla defense and carved it to pieces, completing 37 of 45 passes for 405 yards and three TDs. Coach Robert Saleh instantly made White the starter for the Thursday night game against Indianapolis. That could be a good thing for the Jets and for Wilson’s future as he learns by watching White have success by taking what the defense gives him.

You didn’t have to be a Dallas fan to love watching Cooper Rush fill in for Dak Prescott and lead the Cowboys past a good Minnesota team. With few people expecting much from him, Rush made some big-time throws with his parents watching in the stands. Rush’s performance will raise the Cowboys’ confidence in him and it might lead to a 10-year career in the league.

Geno Smith has played pretty well for Seattle while filling in for Russell Wilson. Against Jacksonville, he finished 20 of 24 for 195 yards after completing his first 14 passes. The result: a 31-7 victory and a “game ball” from my NFL Network colleague Nate Burleson, a former Seahawks wide receiver. 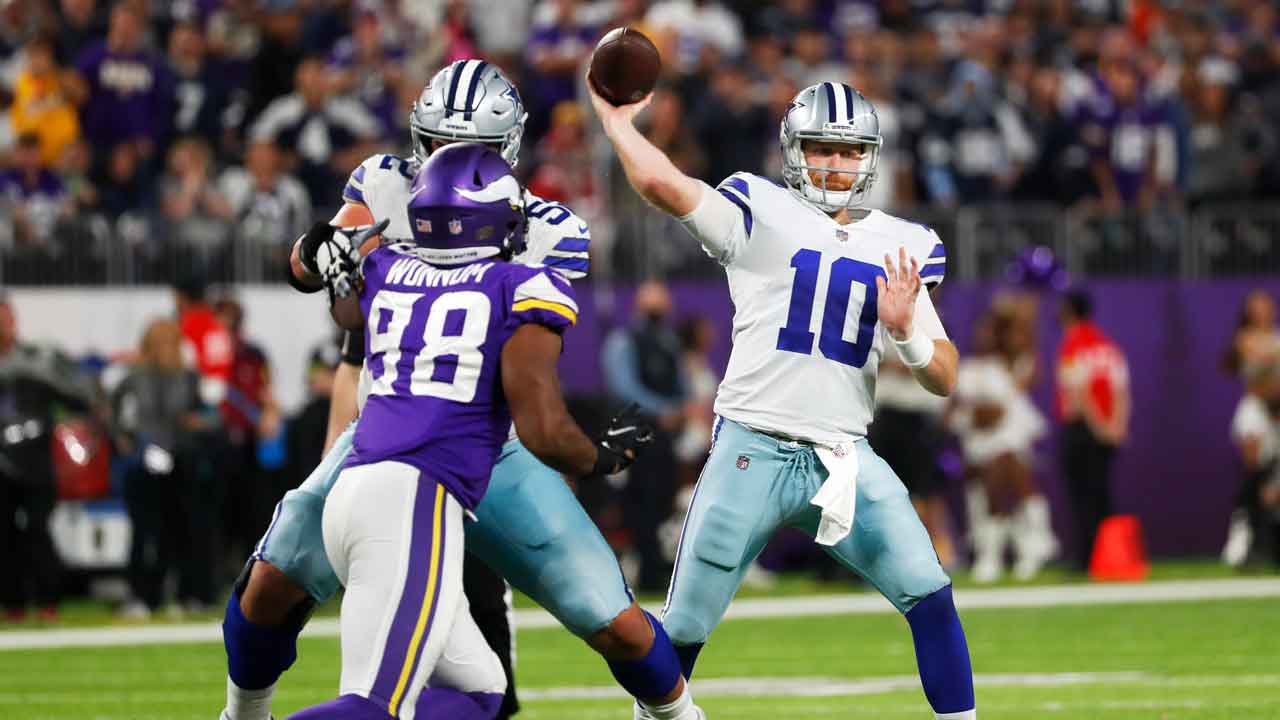 Von Miller isn’t as good as he once was, but he’s still a guy that can do pretty well against a majority of offensive tackles. For the Los Angeles Rams, the beauty of getting Miller in the trade with Denver, is pairing him up with Aaron Donald and forcing teams to go to great lengths to protect their quarterback.

You put Miller and Donald on the same side in third-and-long and the Rams could drop eight defenders into coverage — one of them Jalen Ramsey. That’s a scary prospect for any offense.

Obviously, Miller’s not the force he once was, but he can still wreck a game.

1. Dallas (6-1) — The Cowboys are playing so well they could afford to rest Dak Prescott and still get a win at Minnesota, a tough place to play. This week, they return home to face Denver and figure to make it seven wins in a row. (Last week: No. 4)

2. Green Bay (7-1) — The Packers were on cruise control until Aaron Rodgers tested positive for COVID and will miss Sunday’s game at Kansas City. Now Green Bay’s front office gets to see if Jordan Love is ready to be a winning quarterback. (Not ranked.)

3. Arizona (7-1) — The Cardinals’ all-in strategy took a hit when they lost J.J. Watt to a shoulder injury. Coming off a 3-point home-field loss to the Packers, they’ve got another tough assignment Sunday at San Francisco. (Last week: No. 1)

4. Los Angeles Rams (7-1) — Not only did the Rams acquire future Hall of Famer Von Miller, but they host a Tennessee squad that lost running back Derrick Henry to injury. After that, the Rams face SF and Green Bay back-to-back on the road. (Last week: No. 5)

5. Buffalo (5-2) — The Bills aren’t especially sharp right now, but their easy schedule offers them opportunities to clean things up without losing. (Last week: No. 2)

28. New York Jets/Giants (4-11) — Thanks to Mike White’s heroics, the Jets actually have a winning record at home (2-1). Question is, can they carry the momentum of their upset win over Cincinnati into the Thursday night matchup against disappointing — but talented — Indianapolis? The Giants, meanwhile, continue to battle injuries and QB Daniel Jones’ inability to win games that are there for the taking. (Last week: Jets/Giants No. 28)

29. Jacksonville (1-6) — The Jaguars got picked apart last week by Geno Smith. Imagine what Josh Allen will do to them this Sunday. (Last week: No. 29)

30. Miami (1-7) — The Dolphins began the season bragging about their defense. After eight games, only the Texans and Lions have surrendered more points. (Last week: 30)

31. Houston (1-7) — The Texans have lost seven straight since their opener. But, there’s good news heading into their game against Miami. Tyrod Taylor, who completed 71% of his passes before getting hurt, will start at QB. (Last week: No. 31)

Escaped the Bottom: None

Washington’s Blank Check for the United Arab Emirates Must End