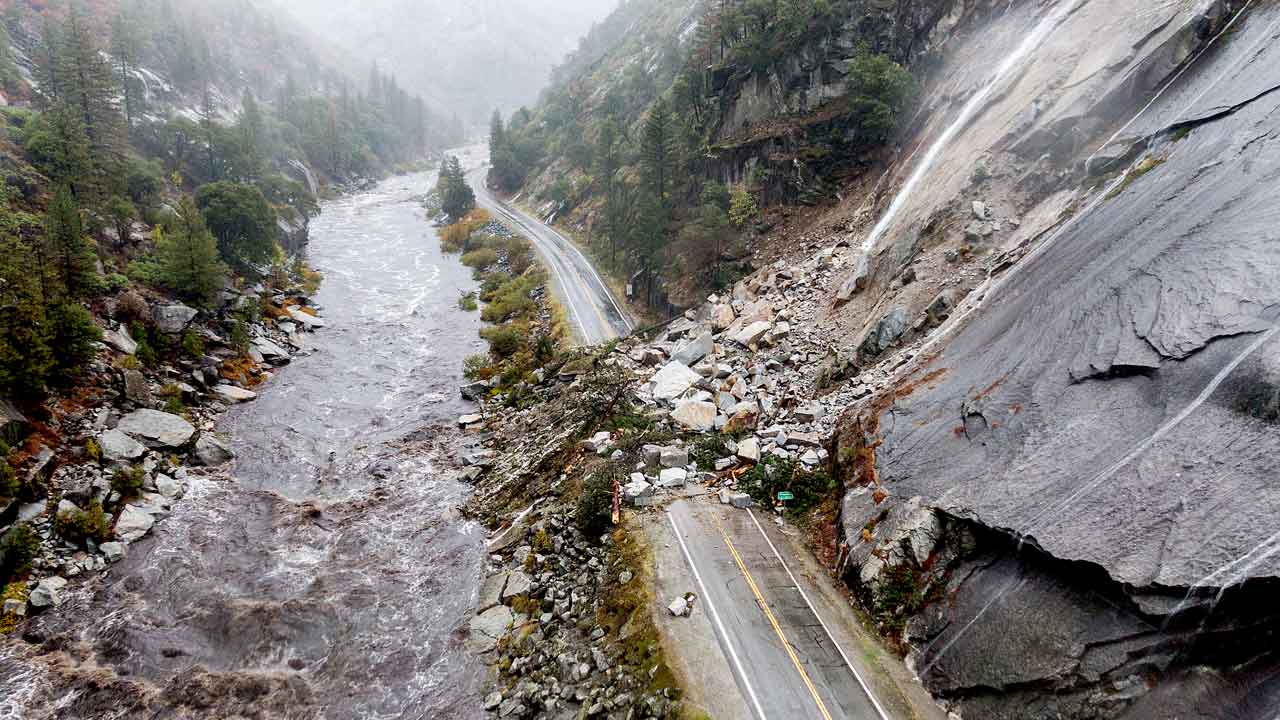 Valley cities started getting a taste Monday morning of the record-breaking rains that flooded highways, caused mudslides, and cut power in the Bay Area and Northern California on Sunday.

The storm arrived later than expected, lingering over the northern region of the drought-stricken state.

The National Weather Service in Hanford said Monday afternoon that thunderstorms developing in Fresno and Madera Counties could produce lightning and hail this afternoon.

In addition, there were reports of flooding in the Fresno County foothills near the Creek Fire burn scar. A Flash Flood Warning will be in effect until 4 p.m. today.

The Fresno County Sheriff’s Office shared video of runoff surging in the vicinity of Camp Sierra and the Big Creek bridge on Monday. 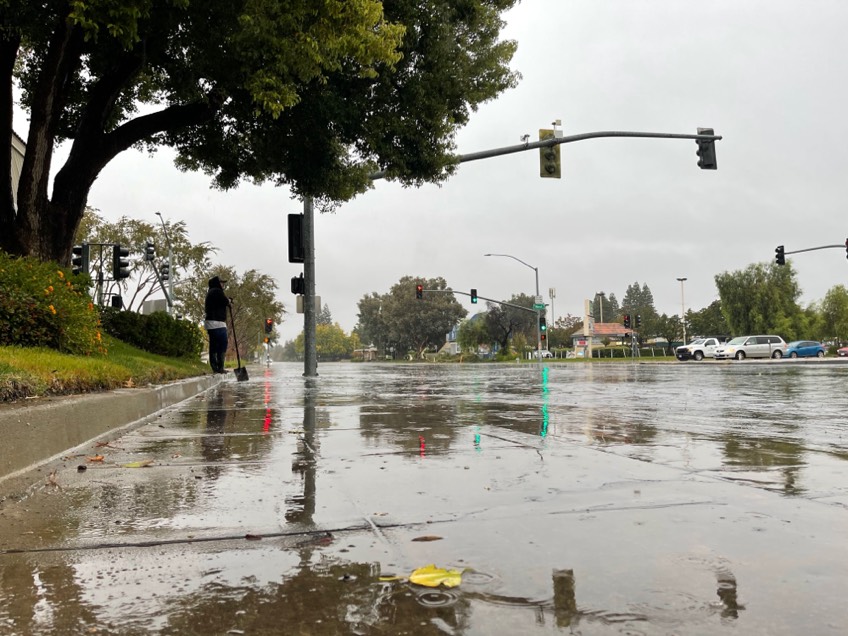 A Clovis Unified School District spokeswoman said that five schools lost power this morning, but the lights were all back on by shortly before noon.

Despite the outages, no classes were canceled as the schools relied on daylight or generators to illuminate classrooms.

PG&E said that a total of 99,000 customers throughout its service area were experiencing storm-related outages, with the greatest impact in the Bay Area.

Related Story: Big Fresno Storm: Where to Get Sandbags, Report Problems, and How to Stay Safe

The much anticipated rain has finally arrived! Great tips below by @ClovisPolice_CA
To report a problem such as flooding, fallen trees or other storm-related issues please contact the Public Utilities Department at (559) 324-2600. For emergencies call 911.
Drive safely! pic.twitter.com/E0gER2msqq

Rain Will Fall Until 2 PM

The National Weather Service in Hanford said that heavy rain on the Valley floor and snow above 8,000 feet would continue until 2 p.m. today, with thunderstorms and showers possible in some areas throughout the afternoon.

You can access the Fresno County Sheriff’s Office winter storm evacuation map at this link.

By noon Monday, about .75 of an inch had soaked Fresno. The totals for other Valley communities from noon Sunday to noon Monday: Merced 1.50 inches, Visalia .55,  Madera .50, Porterville .49, Hanford .48.

Patchy fog could form tonight and Tuesday morning. Sunny and drier conditions are expected on Tuesday.

Fresno police warned drivers to be especially cautious because of flooded intersections and roads. They advised drivers to turn on their headlights, slow down, and wait a few seconds before entering intersections.

This Bay Area video provides a view of one accident that unfolded Sunday.

Watch: Truck Flips on Its Side

NWS Hanford issued a Flood Watch Warning early Monday for parts of Fresno and Madera Counties. Flash flooding is expected in the Creek Fire burn area, as is flooding in the higher elevations of the Sierra such as Edison, Huntington, and Shaver lakes.

Steady rain is impacting most of Central California, north of Kern County. This rain will move southward this morning. @ChpFresno reported several vehicles spun out from roadway flooding. Debris flow flooding has been reported on the Creek Fire burn scar. #CAwx pic.twitter.com/K52cCFiajW

More Than 5 Inches of Rain in Sacramento

Sunday’s drenching rains and strong winds accompanied the weekend arrival of an atmospheric river — a long plume of Pacific moisture.

Sacramento got 5.4 inches of rain, smashing the all-time one-day rainfall record dating to 1880, the weather service said. Interstate 80, the major highway through the Sierra to Reno, Nevada, was shut down by heavy snow early Monday.

In addition, San Francisco experienced one of its wettest days ever, with 4.2 inches of rain, according to records dating to the Gold Rush era.

“It’s been a memorable past 24 hours for the Bay Area as the long talked-about atmospheric river rolled through the region,” the Bay Area weather office said. “We literally have gone from fire/drought conditions to flooding in one storm cycle.”

In Northern California, the California Highway Patrol closed a stretch of State Route 70 in Butte and Plumas counties because of multiple landslides within the massive Dixie Fire burn scar.

The same storm system also slammed Oregon and Washington state, causing power outages that affected tens of thousands of people. Two people were killed when a tree fell on a vehicle in the greater Seattle area.

Officials said mountain areas above 8,000 feet in the Sierra Nevada could get 18 inches of snow or more from Sunday night until Monday morning.

4pm vs 7am sleepy vs raging merced river pic.twitter.com/GYgmzv5v8B

Mammoth Mountain notched a top wind gust of 159 mph. Lake Tahoe area ski resorts reported gusts of 141 mph at Squaw Mountain and 112 mph at Kirkwood on Sunday as the storm blasted through the region.

California’s 2021 water year, which ended Sept. 30, was the second driest on record. Some of the state’s most vital reservoirs are at record low levels.