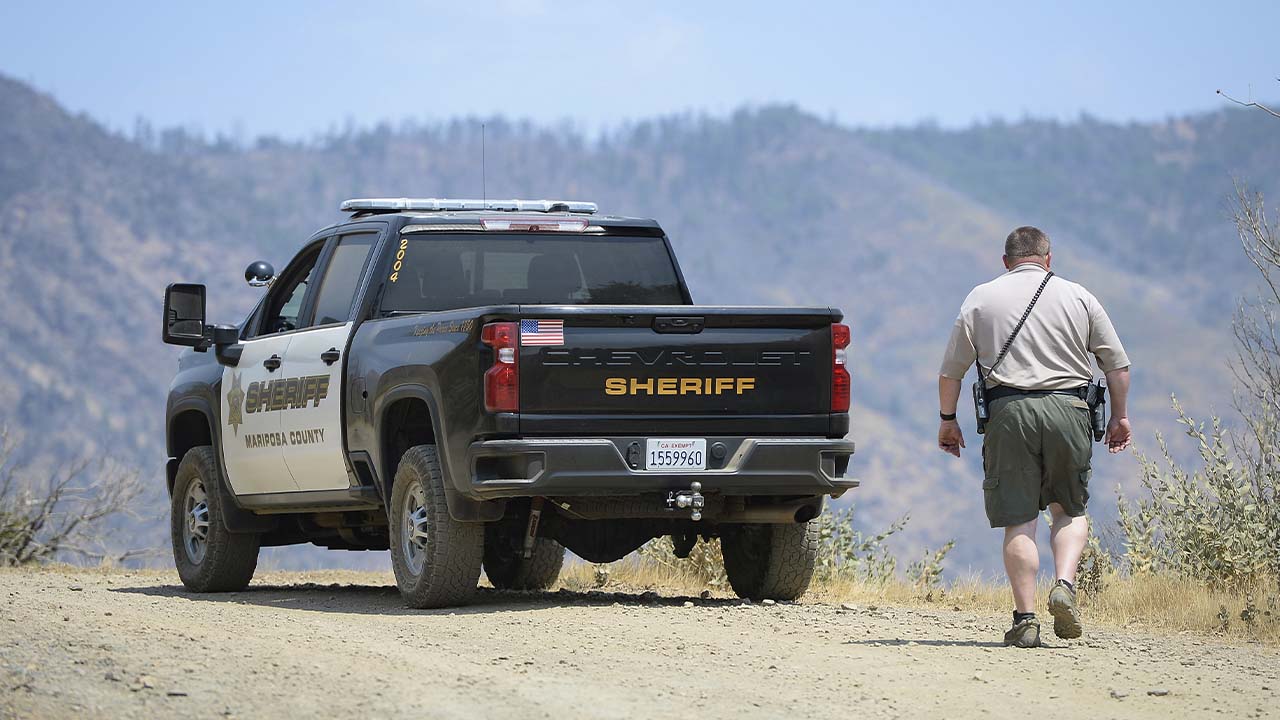 A Mariposa County deputy sheriff stands watch over a remote area near the area where a family of three and their dog were found dead on on Aug. 17, 2021. (Craig Kohlruss/The Fresno Bee via AP)
Share with friends

Mariposa’s sheriff says a family and their dog died of extreme heat exhaustion and dehydration while hiking in a remote area in August.

Mariposa County Sheriff Jeremy Briese said Thursday that John Gerrish, his wife, Ellen Chung, their 1-year-old daughter, Miju, and their dog were walking in extreme heat before they died. Briese says their water container was empty.

They were walking in a remote area close to the Merced River in the Sierra National Forest, where they were found dead Aug. 17 after a family friend reported them missing.

Temperatures ranged from 107 to 109 degrees Fahrenheit and their water container was empty, Briese said.

The family were found about 1.6 miles from their vehicle.

The case had baffled authorities and drew intense public interest.

Mariposa County sheriff’s investigators have worked with toxicologists, environmental specialists, the FBI and other experts. They ruled out the causes being related to a gun or any other weapon, a lightning strike, carbon monoxide, carbon dioxide, cyanide exposure, illegal drugs, alcohol or suicide.

The Bureau of Land Management closed campgrounds and recreation areas along 28 miles of the river, between the towns of Briceburg and Bagby, when water samples downstream from where the family died showed high levels of toxic algae.