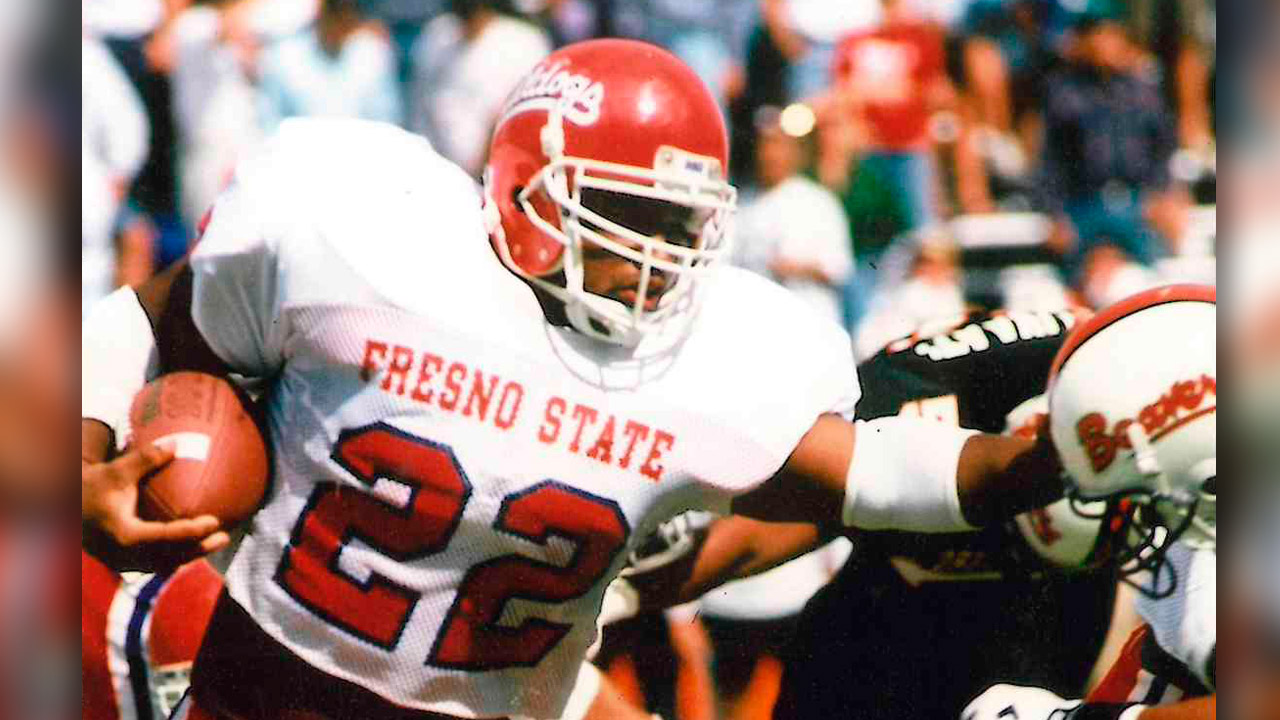 Lorenzo Neal's No. 22 jersey will be retired at Saturday's homecoming game against Nevada at Bulldog Stadium. (Fresno State Athletics)
Share with friends

The Bulldogs have entered their eliminator schedule — win and play for the the Mountain West title, lose and hope for a lesser bowl game.

It starts this Saturday, hosting Nevada at Bulldog Stadium (4 p.m. PT; TV: FS2). It continues for the rest of the season — at San Diego State, hosting Boise State and New Mexico and a Turkey Day conclusion at San Jose State. If the Bulldogs run the table, they will have a spot in the conference championship game.

“That’s what I think everyone would be led to believe. You just never know how these games work out. I would think there’d be some balls being thrown up in the air by two amazing quarterbacks. Sometimes it’s hard to stop. You just try to slow them down the best you can,” Bulldogs head coach Kalen DeBoer said.

The Bulldogs will have to contend with Nevada QB Carson Strong, who averages 331 passing yards a game. He’s tossed 16 TD this season.

Both Strong and Haener continue to rank in the national top-10 in several passing categories. Haener remains even though he didn’t have a bad game last week at Wyoming, but a statistically weak one (96 passing yards, 2 TD but no interceptions).

“Jake’s always going to be ready to go. The one thing about last week’s game, I will say this, Jake didn’t take nearly as many hits as he’s taken (in the last) couple of weeks. When you throw the ball 50, 60 times, you feel a little bit,” DeBoer said. 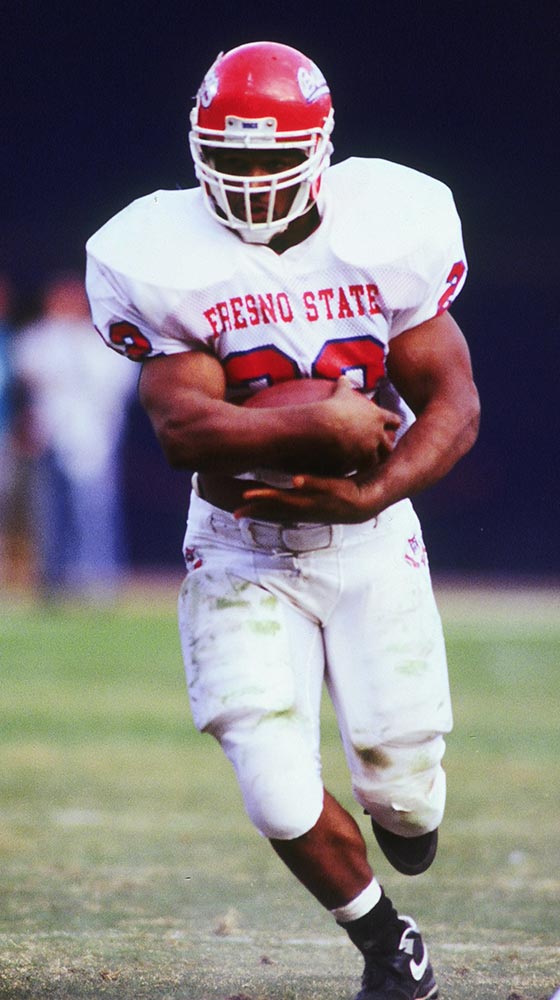 Former Bulldog Lorenzo Neal, who played 16 seasons in the NFL, will have his Fresno State jersey retired on Saturday. (Fresno State Athletics)

Saturday is homecoming, and a jersey retirement ceremony for Lorenzo Neal’s No. 22. He called the honor “unbelievable.”

DeBoer is thrilled to have Neal back. He invited the two-sport star (football and wrestling) to speak to the team Friday night.

“It’s been special getting to know Lorenzo and we all know what he’s done for this program. But you know, seeing a guy face to face and being at different events and functions and just spending time with him has been super special,” DeBoer said.

Neal spoke to the team over the summer, impressing DeBoer. But, Neal doesn’t see a future in coaching for him.

“Coaching? It’s just tough because you see just the world that we live in. We’re in a situation where as coaches, you’re not just a coach, you’re a father figure, you’re a brother, you’re a teacher. You’re all of this to these young men and women. So it’s really, really tough in the hours and things that they put in. It’s really, really tough as a coach. So I tip my hat to coaches. I tip my hat to anybody who coaches because I understand the commitment and what you have to do it or not just be good, but to be great,” Neal said.

A Fullback in the Hall of Fame?

Neal thinks a fullback should be in the Pro Football Hall of Fame. Maybe, even himself.

After all, in his 16-year NFL career, Neal blocked for 11 straight 1,000-yard rushers. The Hall of Fame lists five fullbacks on its roster — Jim Brown and Larry Csonka top the list — but none was a true blocking back like Neal.

“I look at the fullback position and I do believe that there should be one. Now we have kickers in the NFL that finally made the Hall of Fame,” Neal said.

“I’m not the only one. There’s guys out there that can make the same case, but I’m just grateful that people are talking about the fullback position having that opportunity to get in the Hall of Fame,” Neal said.

Since retiring, Neal has dabbled in broadcasting. He has worked on a daily radio sports talk show in the Bay Area, and has provided studio analysis for KPIX-5 TV in San Francisco and the NFL Network.

Neal would like an opportunity to become a color commentator.

“If the opportunity presented itself, I would totally do color commentating. I think it’s interesting, fun to stay around the game, so I do enjoy it at times,” Neal said.