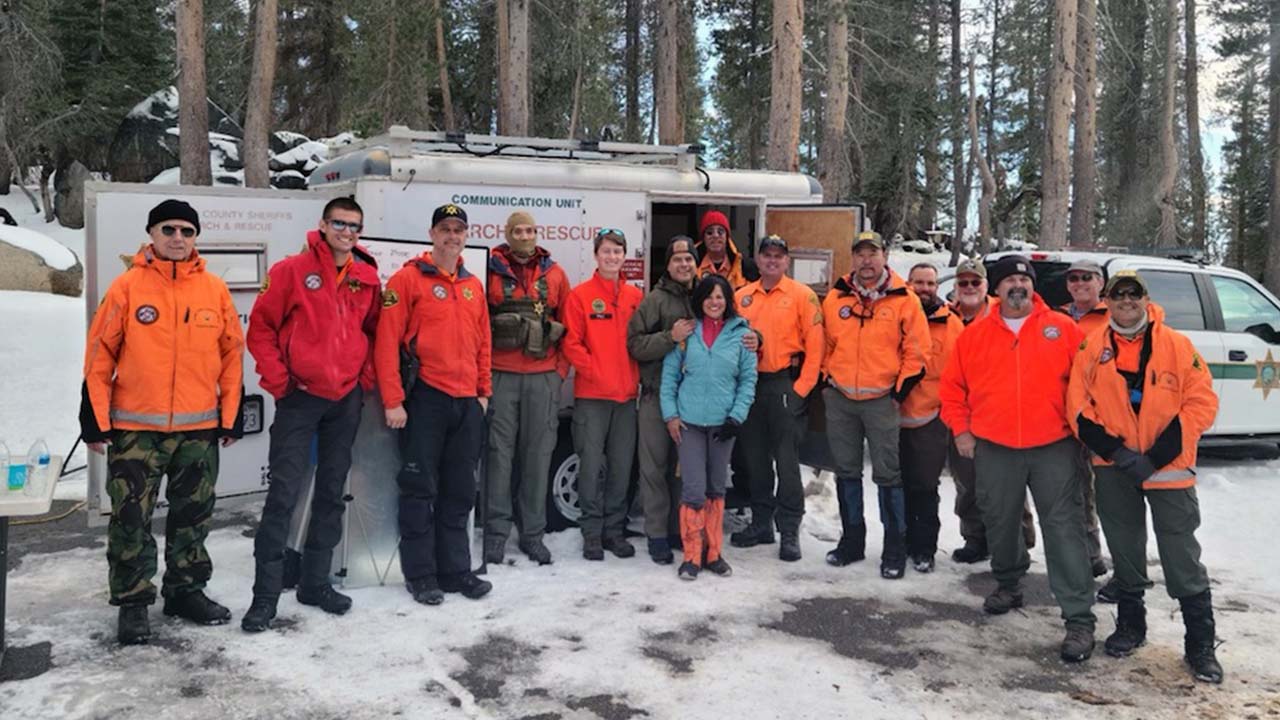 A Fresno County search-and-rescue team found a Palo Alto hiker Tuesday afternoon near Ershim Lake after she was missing for two days.

Sheriff’s spokesman Tony Botti said that Jolly Bose, 49, was discovered by the crew of the sheriff’s helicopter. She then was flown to the search command post and reunited with friends and family.

Fellow hikers reported Bose missing on Sunday afternoon after she became separated from the group east of White Bark Vista and the Dusy Ershim Trail.

Botti said that Bose withstood temperatures in the teens and 5 inches of freshly fallen snow at an elevation of 9,000 feet during the ordeal.

A search-and-rescue team comprised of 35 deputies and volunteers utilized drones, helicopters, horses, 4-wheel drives, and ATVs during the effort.

Teams from Yosemite National Park, the California Office of Emergency Services, and the Marin County Sheriff’s SAR team assisted in the hunt for Bose.