Fresno Unified School Board Meeting or a 'Circus'? 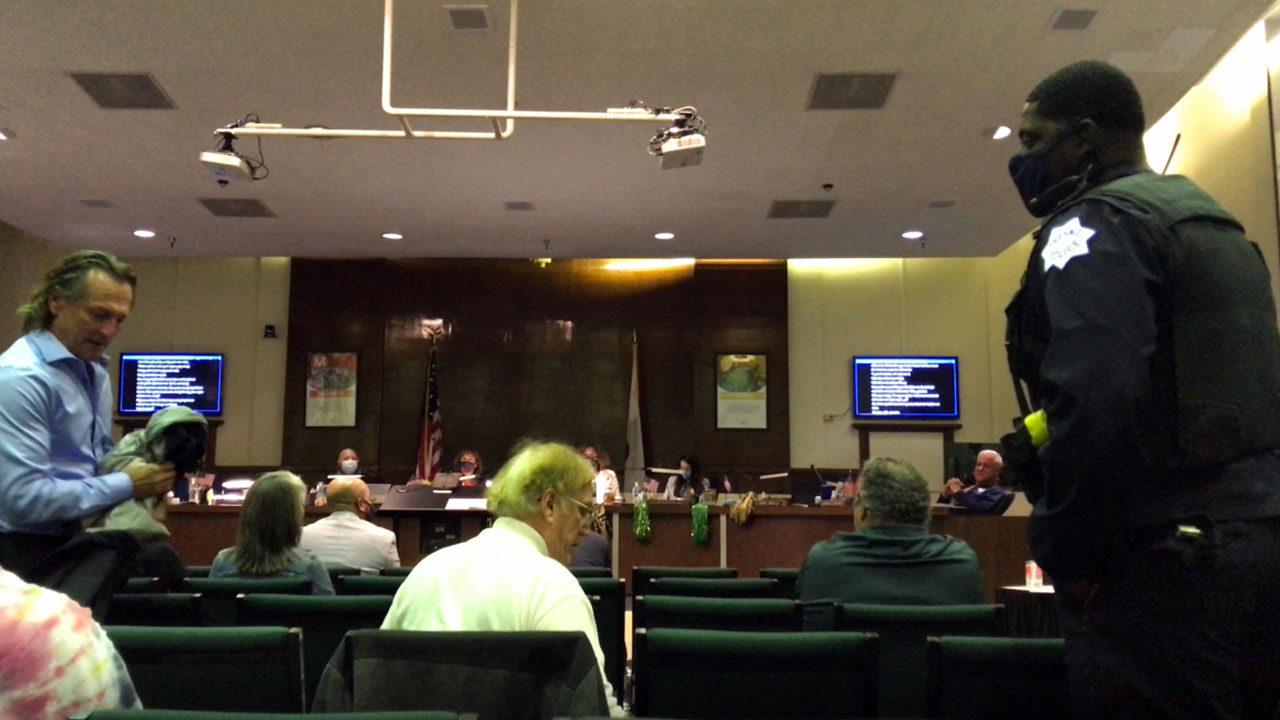 The police officer assigned to monitor Fresno Unified School Board meetings was busier than usual on Wednesday. (GV Wire/Nancy Price)
Share with friends

Fresno Unified School Board President Valerie Davis might want to think about bringing a whip and chair to control unruly participants at future trustee meetings, if Wednesday night’s meeting is any example.

The shouting and name-calling from audience members directed at trustees, individual conversations between trustees on the dais and audience members, and interruptions of School Board members by fellow trustees contributed to an atmosphere of chaos and dysfunction.

One woman who rose to defend Trustee Terry Slatic prior to a censure vote and who identified herself only as “Mrs. Bailey” commented about Wednesday night’s board meeting: “Earlier this evening is a great example of what a circus this is.”

The police officer assigned to monitor the board meetings got more of a workout than usual on Wednesday, first wading into the crowd that jeered the board’s 6-0 vote to rename a northwest Fresno elementary school. The school formerly named after Fresno developer J.C. Forkner will be named after H. Roger Tatarian, who rose through the ranks of United Press International. Tatarian Elementary will be Fresno Unified’s first school named for an Armenian.

The outbursts continued during the board’s 5-1 vote to impose a second censure on Slatic, prompting Davis to attempt to quiet the audience so the voting could conclude. “Tell him to get out, tell him to get out,” Trustee Keshia Thomas could be heard telling Davis about one particularly vocal audience member. Davis then said, “I’m going to have you removed. We’re trying to have a vote here,” as the police officer moved back into the audience.

“I’m coming for you,” the man said, pointing toward the dais. “Is that a threat?” Thomas asked. “You’re all going down,” the man said as he headed for the exit.

Is Anyone Hearing the ‘Civility Warning’?

All that happened, despite Thomas’ recitation at the start of the meeting of the “civility warning,” a staple at every board meeting: “To ensure this meeting is conducted in an orderly and efficient manner and in our efforts to safeguard the rights of those members of the public who wish to address the board, we’d like to remind the public that any person who is either disrupting a speaker who is on the podium or on the dais, or who otherwise creates a disturbance during the public board meeting by engaging in disruptive conduct, will be asked to refrain from such conduct so that the board may conduct its business.”

The disruptions and shout-outs weren’t limited to residents who expressed their displeasure about the renaming of Forkner Elementary or the deja vu censure of Slatic.

Late in the meeting during the board-superintendent communications, Trustee Veva Islas and Davis both tried to quiet Slatic, whose objections could be loudly heard off-mic as Islas — who had the floor at the time — attempted to correct what she called a series of “falsehoods” that arose at the meeting, including whether the district’s investigations of Slatic were arbitrary, as some claimed, or the result of his “egregious interactions.”

Fresno Unified isn’t alone in hearing from hecklers. Recent meetings of the Clovis Unified School Board have been marked by outbursts from anti-mask and anti-vaccine protesters.

Want to know what civility is supposed to look like? Residents and School Board members might need to visit a nearby kindergarten, sit on the floor with children, and learn from them some basic lessons such as waiting your turn to speak, not interrupting, not calling other people names, and showing respect.

The Fresno Economic Opportunity Commission’s School of Unlimited Learning has a new principal as of Tuesday. Susan Lopez, who taught math at SOUL for the past four years and was SOUL’s coordinator of instruction since last spring, replaced longtime principal Dr. Mark Wilson, who retired after 15 years.

Lopez, a Valley native who received her bachelor’s degree from Fresno Pacific and her master’s in educational leadership and administration from Fresno State, previously worked in Selma and Firebaugh schools.

SOUL has been chartered through Fresno Unified for the past 23 years and is the district’s first and oldest secondary charter. The school has 167 students and has open enrollment for the 2021-22 school year. It is fully accredited through the Western Association of Colleges and Schools.

Coastal manatees were a part of the scenery when I worked for a couple of newspapers in central and north Florida, but here in California the ocean and rivers are a mite too cold for the marine mammals also known as “sea cows.” So I was somewhat surprised to get a news release from the “Fresno Area Manatee Masters.”

And they’re interested not only in swimming but also in helping out the community. On Friday morning club members and City Councilwoman Esmeralda Soria were scheduled to gather at the front of Fresno High School to make a $5,000 contribution to the school’s general fund. That’s on top of an earlier $1,500 contribution to the school’s general fund. 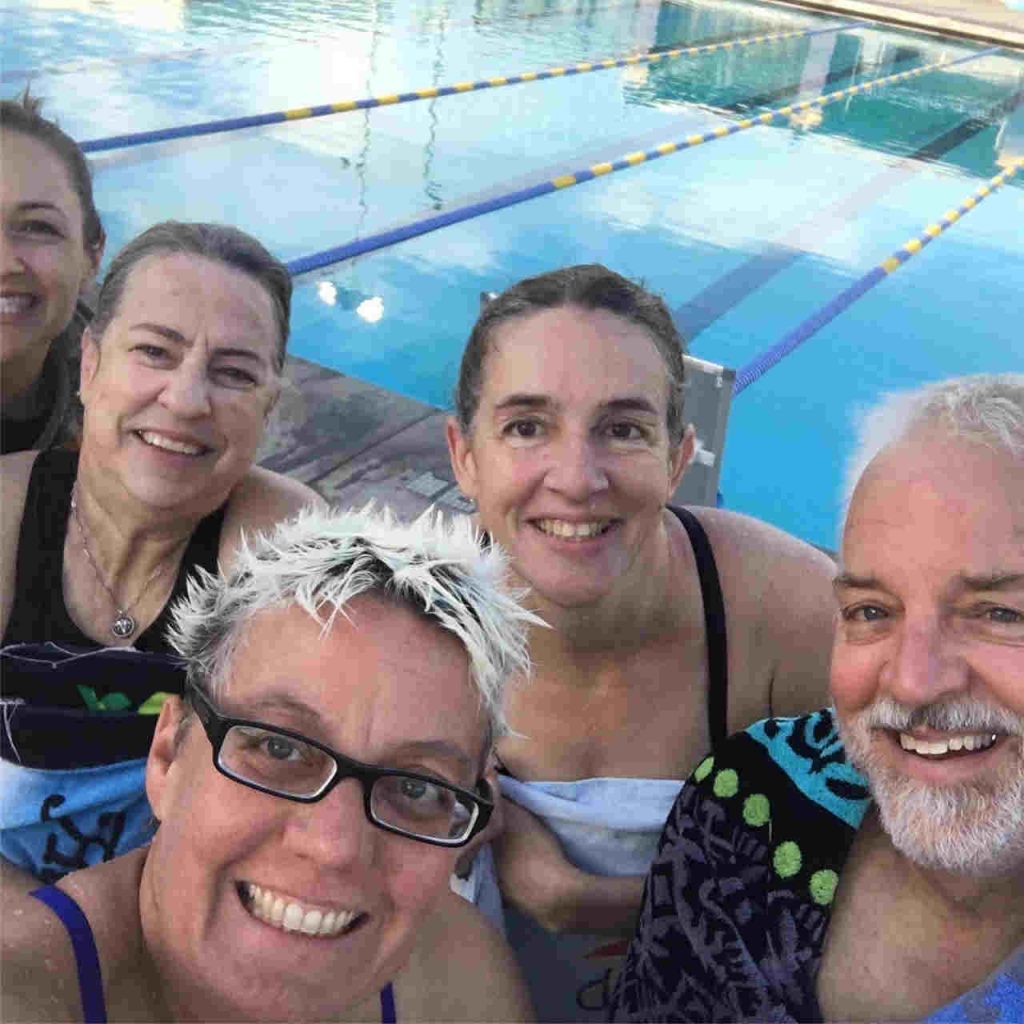