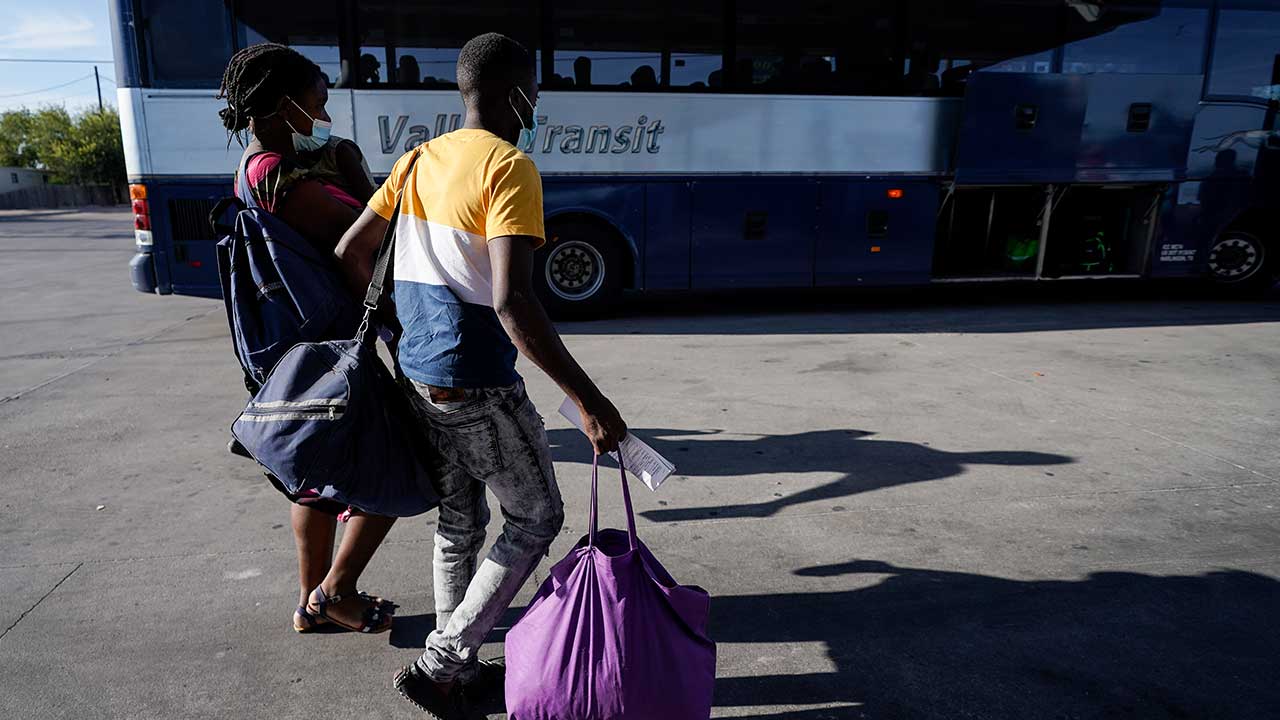 WASHINGTON — Senate Democrats may propose that the government exercise its existing parole power to let migrants stay temporarily in the United States, aides and advocates said Wednesday, in the party’s latest attempt to use its expansive domestic policy bill to help millions of immigrants.

The idea is being advanced as President Joe Biden and party leaders labor to resolve disputes and win the near-unanimous Democratic support they will need to move the giant social and environment package through the narrowly divided Congress. The massive legislation has been bogged down for months amid internal fights over the measure’s ultimate price tag and the initiatives it will include.

Giving immigrants without permanent status a way to earn that legal protection plus an opportunity for citizenship has been a top-tier priority for progressive and Latino lawmakers.

The latest idea would fall short of that goal. But the potential language would specify that parole, or the right to temporarily remain in the U.S., could be granted to those here since 2011 for five years, and could be renewed for an additional five years. The proposal would let migrants avoid deportation, work, and in many cases travel and was described by an immigration advocate who spoke on condition of anonymity to describe internal planning.

Democrats Plot to Help Immigrants Reside in the US Legally

The provisions under consideration would not explicitly provide paroled immigrants a way to become legal permanent residents or citizens. But roughly 1 million of them with close relatives in the U.S. would be able to take advantage of existing procedures to seek that status, the advocate said.

The latest idea is being considered by Democratic leaders, but no final decision on pursuing it has been made, said three Senate Democratic aides who would describe the status of the proposal only on condition of anonymity.

One of the aides said Latino senators planned to discuss the plan next week with Senate Majority Leader Chuck Schumer, D-N.Y. The immigration advocate said lawmakers have planned to present the new immigration language next week to the parliamentarian’s office.

Democrats’ latest immigration push comes as party leaders try paring down what was initially a 10-year, $3.5 trillion package focused on health care, climate change, education and tax boosts on the rich and corporations. Progressives favoring the higher amounts are fighting back and leaders will need to retain their votes as a handful of party centrists pressure Biden and congressional leaders to accept a smaller figure, perhaps around $2 trillion.

Under a 1952 law, the government has the power to let immigrants stay temporarily, including already in the country. The measure, updated several times but never yet used to affect millions of people at once, currently allows the secretary of the Department of Homeland Security to exercise parole authority.

Last month, the parliamentarian, Elizabeth MacDonough, said an initial Democratic proposal that would have created a chance for permanent residence for 8 million immigrants violated budget rules and could not be included in the domestic bill.

It would have helped people who were brought illegally to the U.S. as children, often called Dreamers; farm workers; essential workers and people who have fled several specified countries suffering extreme violence or natural disasters.

MacDonough also rejected a second plan that would have updated a 1929 law that lets migrants in the U.S. before a certain date qualify for permanent residence. That statute, last updated nearly four decades ago, helps people in this country before 1972.

That plan would also have helped 8 million immigrants. Biden this year proposed helping 11 million people gain permanent residency and a pathway to citizenship.

In a conference call with reporters Wednesday, Lorella Praeli, co-president of the progressive group Community Change Action, said the parole option would “likely” be something Democrats pursue. But she hedged when asked asked if groups like hers would support the newest proposal.

She and other immigration advocates on the call said that with Democrats controlling the White House and Congress, they want legislation this year helping immigrants remain in the U.S. permanently, even if it means overruling the parliamentarian’s ruling. Such a move would all but certainly ignite a tit-for-tat fight with Republicans that some Democrats are reluctant to trigger.