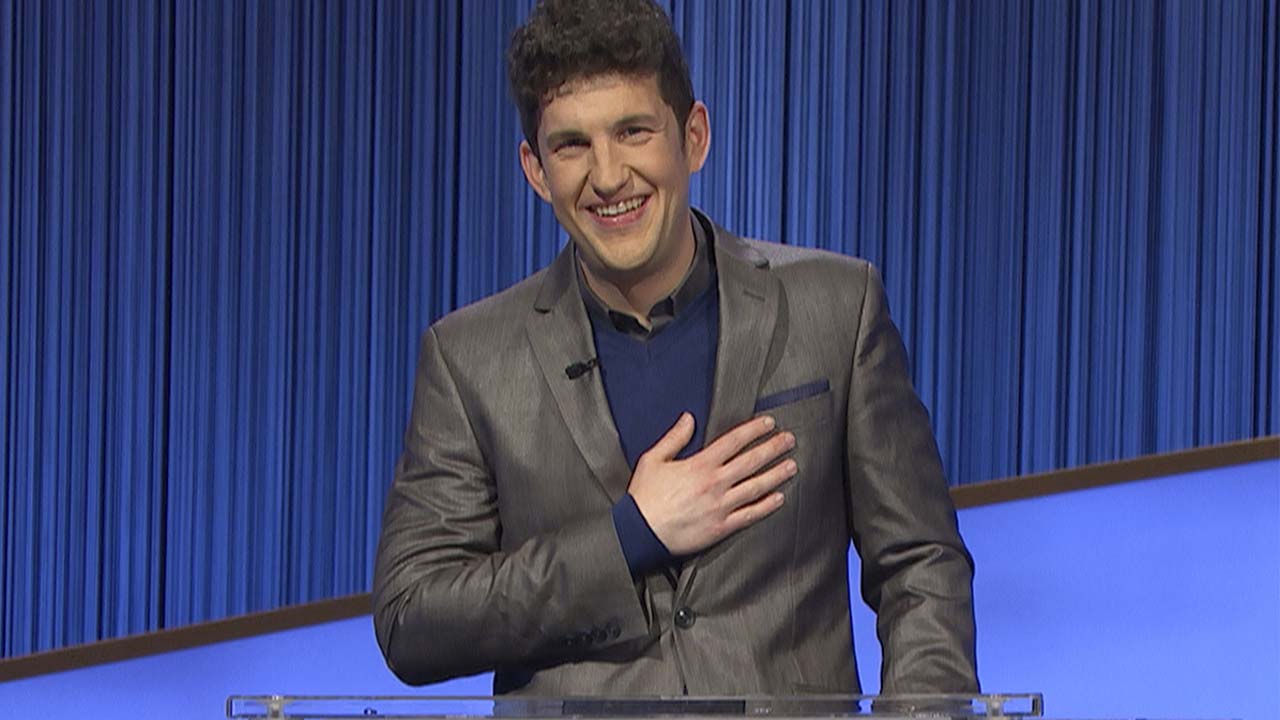 "Jeopardy!" contestant Matt Amodio during a taping of the popular game show. (Jeopardy Productions Inc. via AP)
Share with friends

NEW YORK — All good things must come to an end and Matt Amodio’s historic run on “Jeopardy!” did just that on Monday’s show, leaving the Yale doctoral student with 38 wins and more than $1.5 million in prize money.

“l know going into every bar trivia game that I play that I’m going to come in with a little intimidation factor. But also, I just like the badge that it represents. As somebody who prioritizes knowledge and knowing things, this is really a good one to have following me everywhere,” Amodio, a fifth-year computer science Ph.D student at Yale University, said in a statement.

‘Amodio Rodeo’ Comes to an End

He became known for starting all of his questions with “What’s…” instead of using suitable alternatives such as “Who is…,” an unorthodox approach that made some longtime viewers groan.

But it was within the quiz show’s rules and, as Amodio explained, helped him limit any “unnecessary moving parts” that might undermine his effectiveness.

What became known as the “Amodio Rodeo” proved a welcome distraction for the quiz show and its producer Sony Pictures Television, which saw its effort to replace its late and beloved host Alex Trebek founder.

Sony turned to guest hosts Mayim Bialik and Jennings after its original pick for the job, “Jeopardy!” executive producer Mike Richards, exited the show following the disclosure of his past disparaging podcasts remarks about women and others.

Sony has said it was resuming its search for a permanent host.