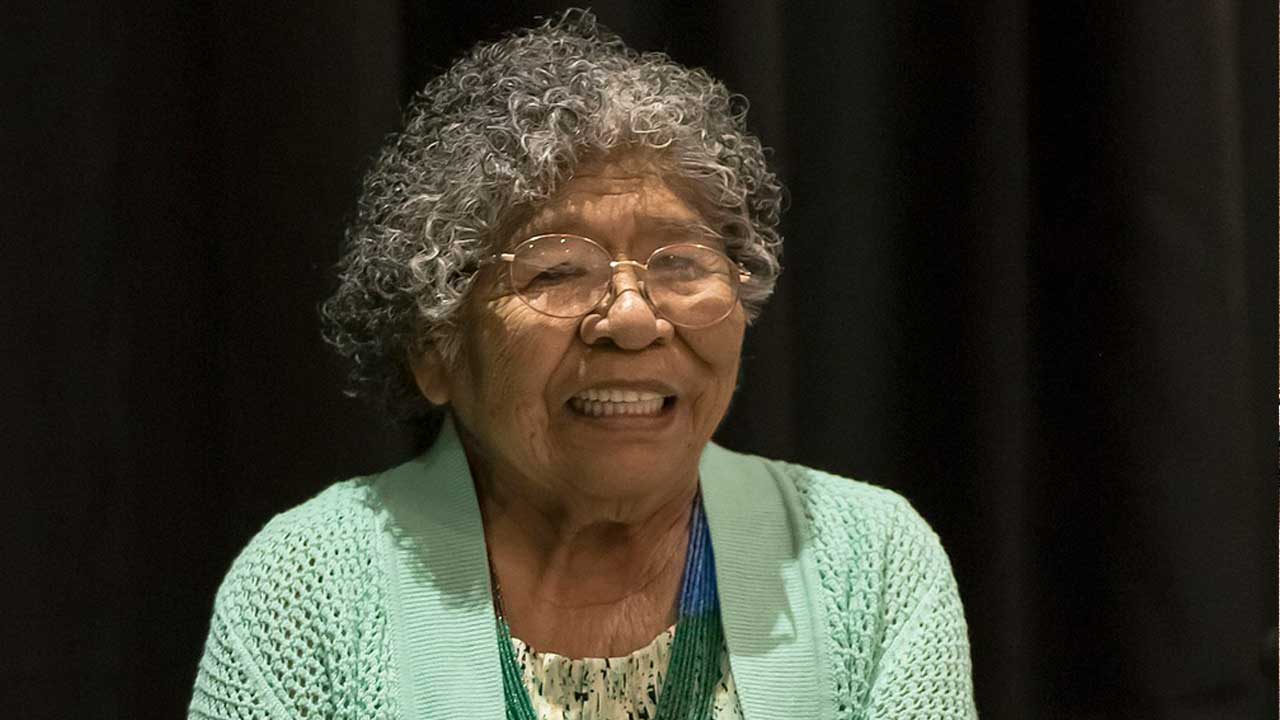 Marie Wilcox was once the last fluent speaker of Wukchumni but she worked for more than 20 years to produce a dictionary of the language and teach it to others. (Photo via Wikipedia)
Share with friends

Marie Wilcox, a Native American woman in California who saved her tribe’s dying language, has died. She was 87.

Wilcox was once the last fluent speaker of Wukchumni but she worked for more than 20 years to produce a dictionary of the language spoken by her tribe in California’s San Joaquin Valley and taught her family. Now there are at least three fluent speakers of the language, including her daughter.

Wilcox died Sept. 25 in a Visalia hospital after her aorta ruptured. Her great hope was for the language work she started to continue, her daughter, Jennifer Malone, told the Fresno Bee.

“Her dream for us was to keep it going,” Malone said on the eve of her mother’s memorial service Friday in Tulare County. “So no matter what, we will do this and teach as many people as are willing to learn.”

A Wukchumni dictionary Wilcox wrote was copyrighted, and her family is now looking for a publisher for it, Malone said.

The Wukchumni are one of the numerous tribes under the larger umbrella of the Yokuts, Indigenous people in the central San Joaquin Valley. But unlike other Yokuts tribes that are recognized by the federal government, the Wukchumni don’t have federal status and lack resources for cultural preservation.

Wilcox’s work to save her Indigenous language from the brink of extinction got a boost in 2014 when The New York Times made a short documentary showing her diligently typing Wukchumni words and stories into an old computer at her Woodlake home.

The lifelong Tulare County resident grew up in foothills northeast of Visalia and worked at a fruit packing house in Exeter for much of her life before becoming a language teacher, Malone said. Wilcox also enjoyed traditional Native American basket weaving.

“See, I’m uncertain about my language and who wants to keep it alive, just a few,” Wilcox said in 2014 New York Times documentary. “It’s sad. … It just seems weird that I am the last one and, I don’t know, it’s just — it’ll just be gone one of these days maybe, I don’t know. It might go on and on.”