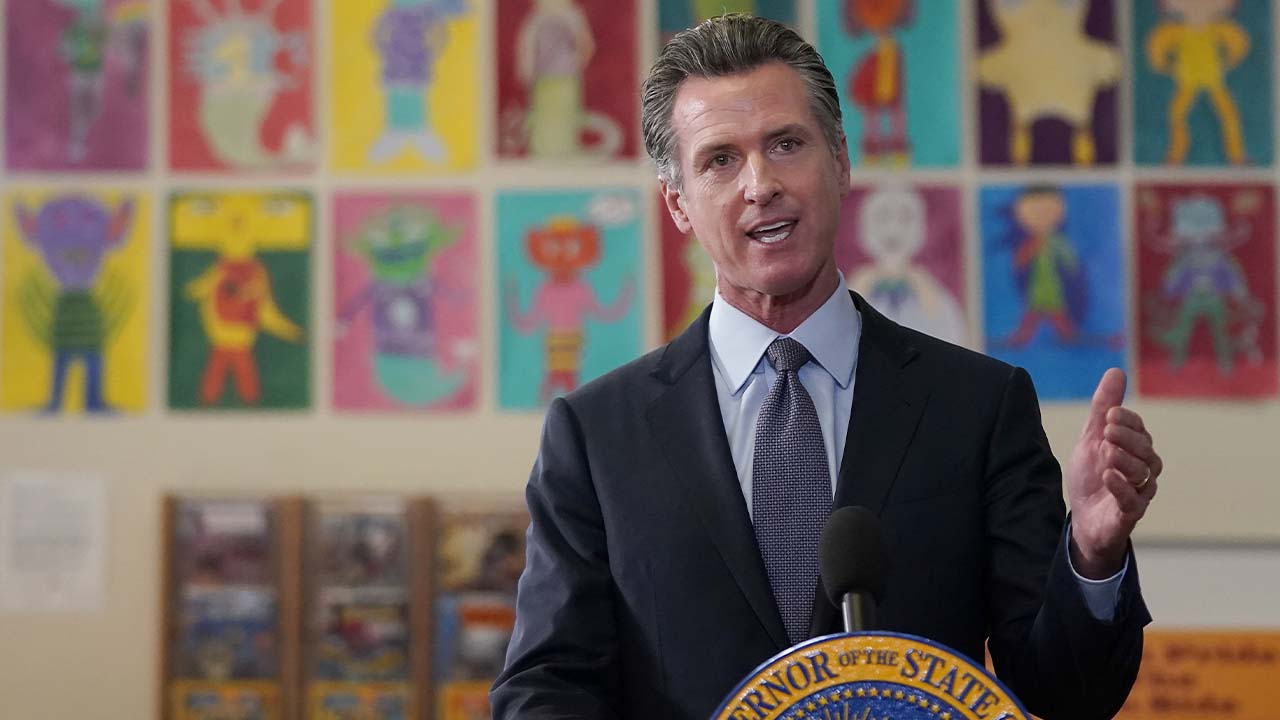 California will enact the nation’s first coronavirus vaccine mandate for schoolchildren, Gov. Gavin Newsom said Friday, aiming to have all students in seventh through 12th grades vaccinated by next fall once the shots gain final federal approval for everyone 12 and over.

The governor said he expects the U.S. government to give that final sign-off sometime next year, bumping up from the emergency authorization given now for those 12 to 15.

He said the state will require students in kindergarten through sixth grades to get the vaccine once final federal approval comes for children 5 to 11.

“We have to do more,” Newsom said during a news conference at a San Francisco middle school after visiting with some seventh-graders. “We want to end this pandemic. We are all exhausted by it.”

A handful of school districts have imposed their own vaccine mandates, including five in California. But other states have resisted imposing pandemic rules on schools, including a new law in Kentucky that overturned a statewide mask mandate.

Newsom has been one of the most aggressive governors on coronavirus restrictions, issuing the nation’s first statewide stay-at-home order in March 2020 and more recently requiring California’s roughly 2.2 million health care workers to get vaccinated to keep their jobs.

The governor seems to have been emboldened after easily defeating a recall effort last month fueled by anger over his handling of the pandemic. He says he interpreted his landslide victory as an endorsement of his vaccine policies.

Newsom hasn’t endorsed all vaccine mandates, however, recently opposing a similar requirement for prison guards that a federal judge imposed. Critics used that example to say Newsom is driven more by politics than science, noting the labor union of corrections officers had donated to his campaign to defeat the recall.

“California kids made the mistake of not giving millions to his campaigns,” Republican Assemblyman Kevin Kiley, who ran to replace Newsom during the recall election, tweeted Friday.

California Among Highest for Vaccinations, With Infections Dropping

His announcement comes as COVID-19 infections in most of California have dropped markedly in the last month.

In Los Angeles County — the nation’s largest, with more than 10 million residents — just 1.7% of people tested for the virus have it, and daily infections are down by half in the last month, when most kids went back to school.

“These numbers are amazingly low given that 3,000-plus schools are now open countywide,” county Health Director Barbara Ferrer said Thursday, noting that though the number of outbreaks in schools has increased slightly in recent weeks, the overall number is small and largely related to youth sports.

Teacher Unions and School Boards in Support of Mandate

“This is not a new idea. We already require vaccines against several known deadly diseases before students can enroll in schools,” Bretan said. “The Newsom administration is simply extending existing public health protections to cover this new disease, which has caused so much pain and suffering across our state, our nation and the entire globe over the last 18 months.”

Yet the requirement is sure to anger some parents who are skeptical of the vaccines. Last month, more than a thousand people gathered at the California Capitol to oppose vaccine mandates.

Students would be granted religious and medical exemptions, but the rules for how the state would apply them have not been written yet. Any student who refuses to take the vaccine would be forced to complete an independent study course at home.

Newsom Makes ‘Point of Pride’ as the First to Issue Mandates

Until now, Newsom had left the decision on student vaccine mandates to local school districts, leading to a variety of different orders across some of the state’s largest districts. In Los Angeles, a vaccine mandate for eligible students is set to take effect in January for the nation’s second largest school district.

Newsom’s plan does not override those districts’ plans, saying school districts can “accelerate” the requirements.

Newsom has made it a point of pride to be the first in the nation to issue a variety of pandemic-related school mandates.

In August, California became the first state to require all teachers and staff in K-12 public and private schools to get vaccinated or undergo weekly COVID-19 testing. Newsom also issued a school mask mandate earlier in the summer for indoor classes that applies to all teachers and students.