The Sorry Saga of 'Job Killer' Maxwell's Treatment of Club One 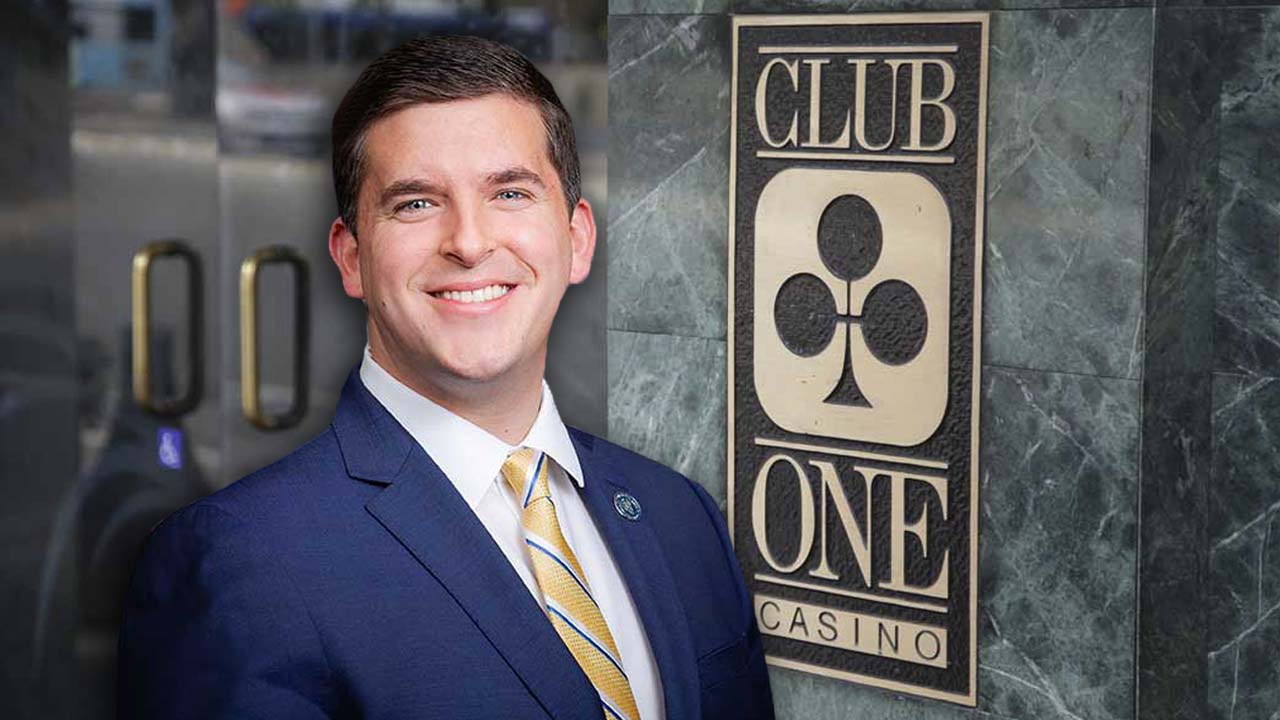 Tyler Maxwell and the council majority should have approved Club One to open at full capacity, opines Bill McEwen. (GV Wire Composite/Justine Cha)
Share with friends

Based on the precedent Fresno City Councilman Tyler “Job Killer” Maxwell set with Club One Casino, cannabis businesses in District 4 should do extensive community outreach before opening their doors.

They’ll also have to operate initially in 60% of their planned space, thus cutting the number of products offered and employees hired.

Then, if they stay out of trouble for 90 days, don’t generate calls for police services, or create too much traffic, Maxwell will allow these business owners to kiss his ring and beg to expand.

But that’s what went down when Club One owner Kyle Kirkland asked the council to approve the downtown cardroom’s move to Granite Park.

Normally, a columnist’s job is to comfort the afflicted and afflict the comfortable. But, in this case, the treatment Kirkland and his employees received from a council majority deferential to Maxwell’s position was so egregious, it demands sticking up for a highly successful businessman.

I get why Maxwell required Club One to talk to neighbors around Granite Park. You say “cardroom” and people scream “not in my backyard.” Maxwell’s request was perfectly reasonable.

Kirkland was fine with that — to the point of committing to community sessions four times a year going forward. In addition, Kirkland said that he would help local churches start a program for people with gambling problems.

Club One Should Have Received Green Light

Kirkland’s efforts to be a good neighbor don’t surprise me.

Club One helps local nonprofits raise money with charity Texas Hold ‘Em tournaments. Kirkland is an animal lover who finds new homes for unwanted pets. Even before he got the council’s OK to partially open at Granite Park, Kirkland estimated that he spent $600,000 on removing blight and improving the landscaping.

Add in Club One’s 25-year history in downtown Fresno, the $1 million it generates annually for the city’s general fund, the 300 people it employs when at full strength, and the $10 million the cardroom says it will invest in the new location. This should have been a slam dunk — especially after the pandemic forced Club One to close in June 2020.

But it wasn’t a slam dunk. Not even the pleadings of out-of-work Club One employees convinced the council majority to allow a full reopening with 51 tables. Instead, Maxwell came up with allowing 31 tables for now and having Kirkland come back in 90 days for the remainder.

Then Maxwell returned with a cockamamie proposal that would have forced Kirkland to kiss his ring again in five years to stay in business. However, that resolution got watered down after Mayor Jerry Dyer and others weighed in.

Is it any wonder that in a survey of 180 U.S. cities released Wednesday, Fresno ranked 164th in economic recovery from the pandemic?

If Maxwell had done his research, he would’ve known that Kirkland has brought stability and integrity to an industry that in Fresno has seen some troubled operators. He long ago proved that he’s “a good actor” — a stipulation the councilman said Kirkland must meet during the cardroom’s 90 days in purgatory.

Bredefeld: Club One Treatment ‘Shameful’ and a ‘Shakedown’

I don’t often agree with councilman Garry Bredefeld, but his description of Maxwell’s treatment of Kirkland as “shameful” hit the mark. Bredefeld further described Maxwell’s actions as “a shakedown” of Kirkland for future campaign donations.

In the least, Maxwell engaged in a power trip that served no purpose other than preventing 130 people from returning to work. He also served up a steaming dish of bad policy by proposing and getting four other councilmembers to approve diverting 12% of Club One’s general fund contributions to maintain and fund green space within 1,000 feet of Granite Park.

As Bredefeld pointed out, voter passage of the parks sales tax is providing ample money for parks and other green spaces (an estimated $34 million annually). In my opinion, there was no need for the carve-out.

Maxwell told me on Tuesday that Bredefeld’s “shakedown” allegation was “baseless.”

He also said that the 12% carve-out for the Granite Park area was needed because Fresno is so far behind on green space that even with the parks sales tax it will be years before the city catches up.

As for cannabis shops in his district, Maxwell said that the rules for where they can locate are so restrictive there’s no reason they shouldn’t open at full capacity. He labeled my saying that his rules for the cardroom were a precedent for cannabis shops an “apples to oranges” comparison.

He also defended his treatment of Club One, saying that he was sticking up for constituents “who had concerns about noise and parking and what it means to have a casino in their backyard.”

Cannabis License Reviews Next in Line for Political Games

When cannabis sales begin, City Hall’s cut will be $10 million annually. Using the Club One fiasco as a yardstick, can you imagine the political games when dispensary licenses come up for annual review? As a practical matter, every license-holder had best contribute to the councilmembers’ re-election campaigns.

At one point in the Club One debate, Council President Luiz Chavez respectfully asked for Kirkland’s input, saying “You are the cardroom expert.”

Actually, Kirkland is more than that.

He’s the former chairman and controlling shareholder of Steinway Musical Instruments, which makes some of the finest pianos in the world. He’s a product of Harvard and the Stanford Graduate School of Business. In addition, Kirkland has worked in finance at the highest levels.

More germane to this discussion: He’s heavily invested in Fresno as chair of the Chaffee Zoo Corporation and the leader of his own animal rescue nonprofit. Kirkland is exactly the kind of person we need operating businesses in our city.