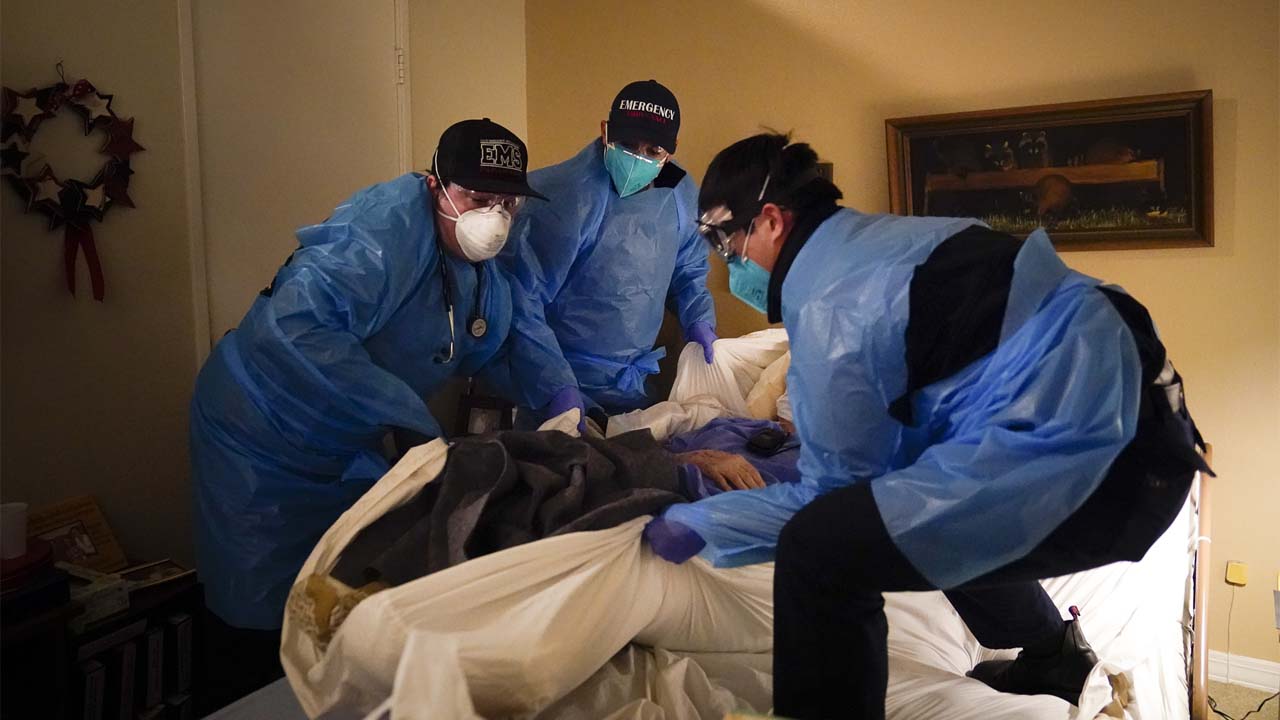 It’s been longer than a year and a half since COVID-19 first arrived in California, and the demographics of who is dying from the virus are changing.

So far, 67,628 people have died in California during the pandemic, more than in any other state. In recent months, those who are dying are younger on average. And, unsurprisingly, people of color are still among the most devastated by COVID-19, with the highest death rates among Native Hawaiians/Pacific Islanders and Black people.

Here’s a by-the-numbers look at COVID-19 deaths in California.

How Much Younger Are They?

“We are observing that it’s not the older populations that were first dominating a number of fatalities in the pandemic,” said Fresno County Interim Health Officer Dr. Rais Vohra. “It’s now skewing younger and younger in terms of who gets hospitalized and — unfortunately — who goes on to have a very tragic outcome of a fatality.”

A major reason? Older people are vaccinated at higher rates than younger residents. About 67% of Californians 18 to 49 are fully vaccinated, compared to 73% for people 65 and older.

Hospitalizations and infections are on the rise for Californians under 18. But old age — and the underlying conditions that come with it — will still be an important factor in death rates, said Dr. George Rutherford, a professor of epidemiology and biostatistics at the University of California, San Francisco. 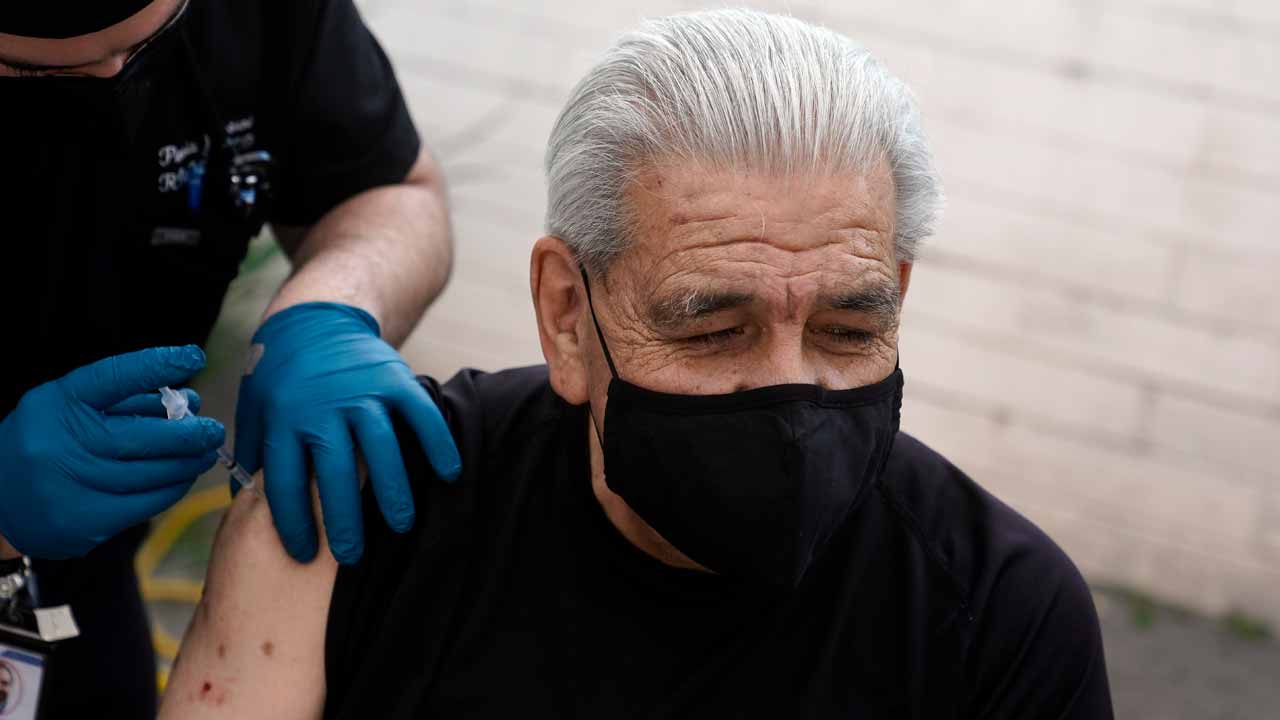 What’s the Racial Breakdown? Has it Changed?

Latinos are dying at a lower rate than white and Black people in California, according to the state’s data. However, Latinos have had the sharpest increase in the death rate in the last month, rising from 2.4 deaths per 100,000 people in August to 4 per 100,000 in September. That rate, however, is far eclipsed by the peak last January, when 11 Latinos died per 100,000.

For Black people, 7.4 per 100,000 people died from COVID-19 this month, up from six deaths per 100,000 in August yet down from 9.3 last January. Death rates in Asian American populations and white people also increased this month. Asian Americans currently have California’s second lowest death rate.

The culprit is most likely vaccine disparities: Latinos make up 39.4% of California’s vaccine eligible population but they’ve only received 29.5% of the doses. This means that, proportionally, not as many doses are finding their way into Latino communities as they should, health experts say. Black people also make up a higher share of the vaccine-eligible population than the doses they have received.

“The myths and the misgivings… are real for the communities who have suffered at the hands, historically, of a racist, systemic problem.”

– Sarah Reyes, Managing Director of Communications at the California Endowment

A reason for these disparities could be the barriers that communities of color still face to accessing vaccines, including medical misinformation and hesitancy stemming from medical mistrust, according to Sarah Reyes, managing director of communications at the nonprofit California Endowment, which focuses on improving health care access in underserved communities.

“People have to understand that the myths and the misgivings of the medical community are real,” Reyes said. “They’re real for the communities who have suffered at the hands, historically, of a racist, systemic problem.”

Native Hawaiian and Pacific Islanders have died at the highest rate of any racial group. But some good news: The rate decreased from 18.4 deaths per 100,000 people in January to 17 in August and 11.8 in September.

Is There a Growing Gender Gap?

Men are dying at a slightly higher rate than they were in the beginning of the pandemic, according to the state data.

Before vaccine availability, males made up a slightly larger percentage of deaths than females. Now as the gap widens, vaccinations may play a role.

Women are more likely to be vaccinated than men in the state, and there is still a slight gap between the proportion of men who make up the state’s vaccine population and those who still need to get vaccinated.

How Do Deaths in California Compare to Other States?

California, as of this past week, has the lowest seven-day death rate nationally — at five people dying for every million residents — and the lowest rate since January, according to data from the Centers for Disease Control and Prevention.

However, what is happening in California is happening across the country: People 64 and under make up a larger share of deaths in 2021 than they did in 2020. National data also shows that the older you are, the more likely you are to be vaccinated.

How Do Counties Compare?

The average age of Californians dying from COVID is skewing younger across the state.

In Fresno County, people 50 to 69 years old now make up a larger share of COVID-19 deaths than they previously did, while those 70 and older are a smaller share. 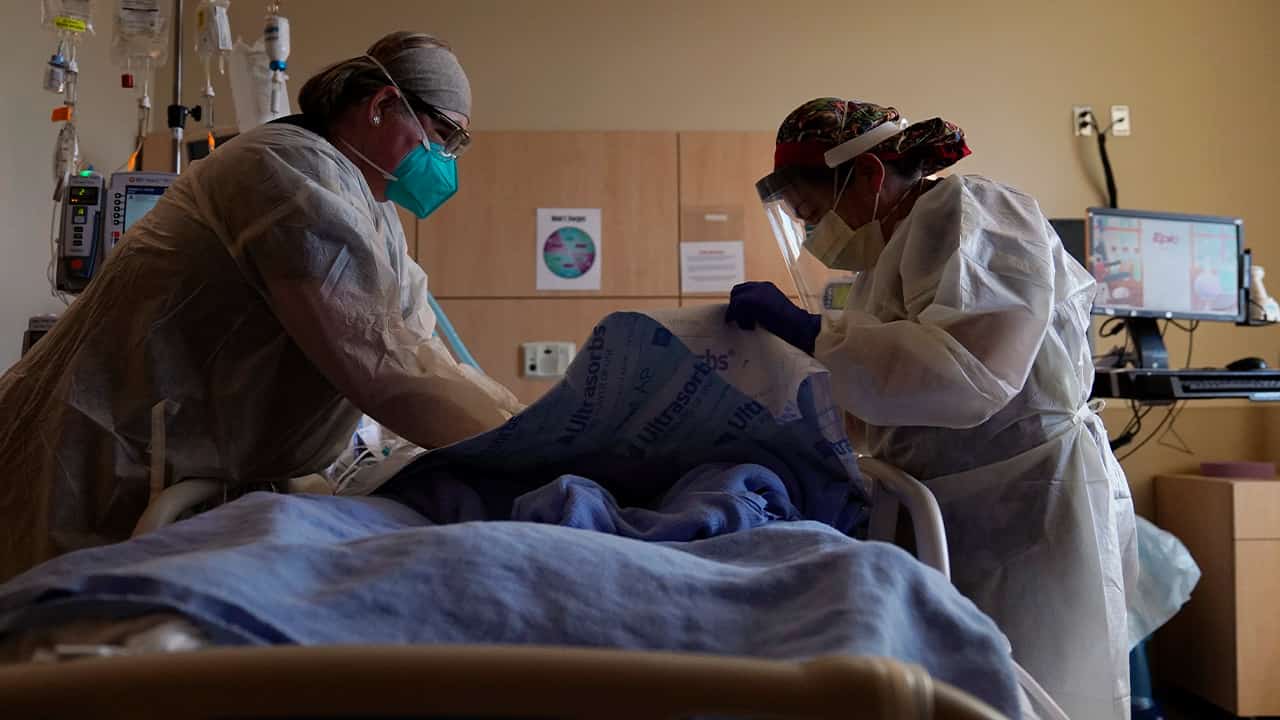 In Long Beach, which has its own health department, the average age of COVID death since August 2021 is 59 years old, 13 years younger than March 2020 through July 2021. In Long Beach, 99% of people 65 and older are vaccinated.

In Riverside County, people under 45 made up 4.1% of total deaths between Jan. and March. Between June and Aug., that number jumped to 16.1%. Among adults, people under 45 have the lowest vaccination rates.

Were Most of the People Who Died Unvaccinated?

Vaccinated people make up a small fraction of the deaths — approximately 500. “Far and away without any doubt, without any question, 95% of (stopping deaths) is vaccines,” Rutherford said.

Although there’s still the potential for breakthrough cases, vaccination makes it much less likely that serious illness will develop.

So if the best way to prevent deaths is the vaccine, how do health officials get younger people to get the jab? It’s complicated, but mandates — like proof of vaccination to go to restaurants or work in certain places — can help, Rutherford said. Fear can be a motivator, too.

“People are scared of the Delta variant — as they should be,” Rutherford said.

Hannah Getahun is the health intern at CalMatters, and her stories focus on the COVID-19 pandemic. Before that, she was a fellow for the CalMatters College Journalism Network, where she reported on the effects of COVID-19 on higher education in the state. She graduated from California State University, Long Beach with a bachelor’s degree in journalism.