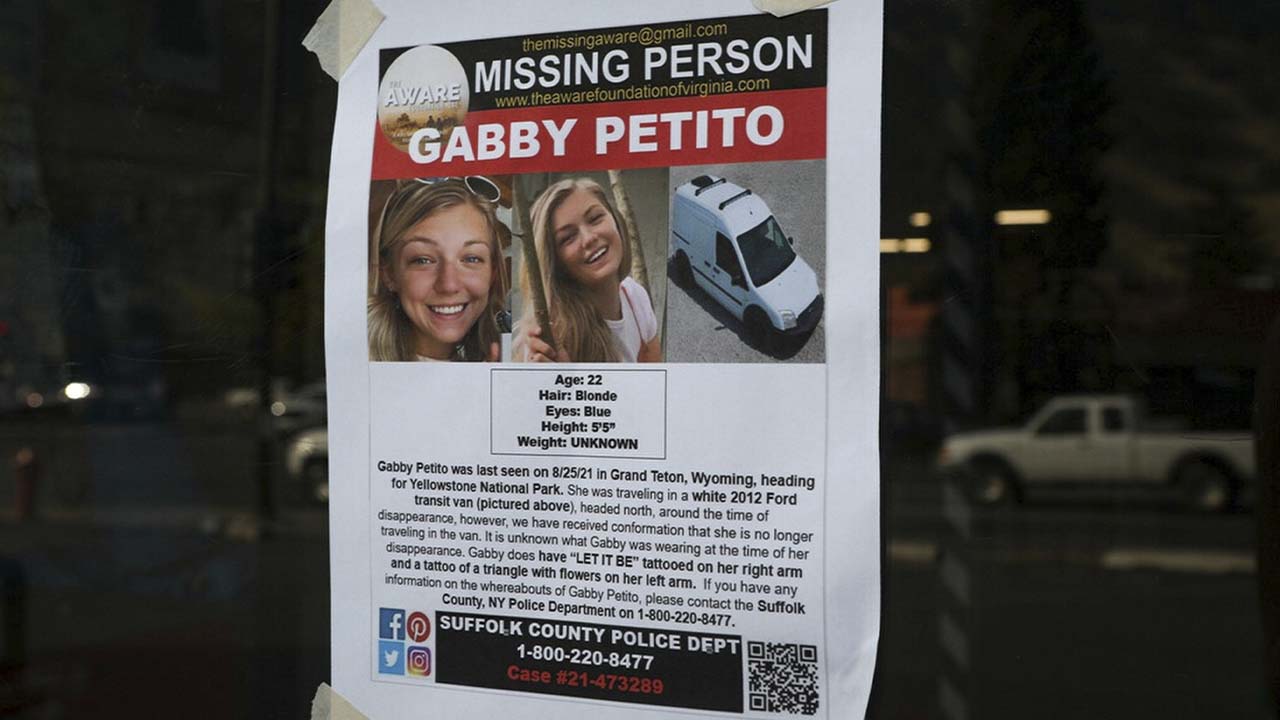 Authorities say a body discovered on Sept. 19 in Wyoming is believed to be missing Gabby Petito. (AP Photo/Amber Baesler)
Share with friends

BILLINGS, Mont. — Federal officials say the boyfriend of Gabby Petito, whose body was found at a national park in Wyoming after a cross country trip with him, has been indicted for unauthorized use of a debit card as searchers continued looking for him in Florida swampland.

The federal grand jury indictment filed in U.S. District Court in Wyoming does not explain who the card belonged to. But it indicates Brian Laundrie made unauthorized withdrawals worth more than $1,000 during the period in which Petito went missing.

FBI Special Agent in Charge Michael Schneider said an arrest warrant issued for Laundrie will allow law enforcement to continue pursuing him, while the investigation continues into Petito’s homicide.

The Search Continues for Brian Laundrie

Schneider urged anyone with knowledge of Laundrie’s role in Petito’s death of his whereabouts to contact the FBI. How Petito was killed has not been revealed pending the final results of an autopsy by the Teton County, Wyoming, coroner.

In Florida, the search for Laundrie continued Thursday for a fifth day in a large, forbidding wilderness preserve near his parents’ home.

The search at the Carlton Reserve park began after Laundrie told his parents he was going there, several days after he returned alone Sept. 1 from his trip out west with Petito.