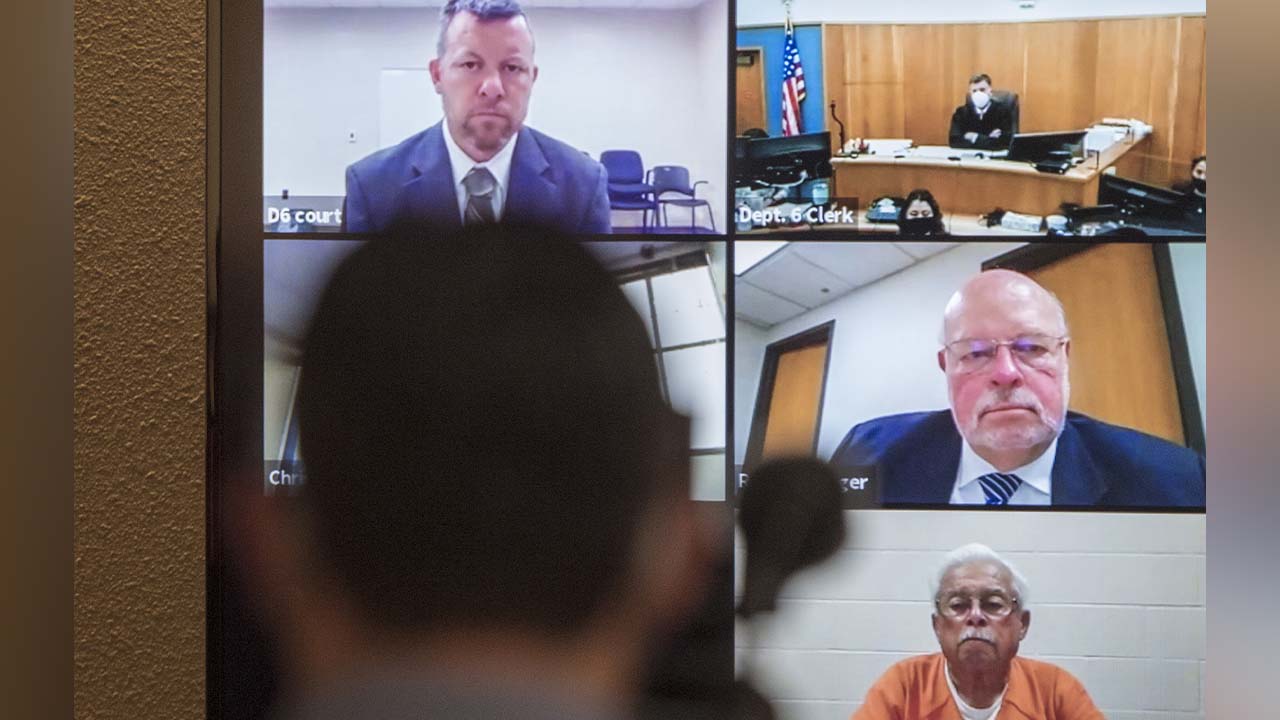 The man last seen with Kristin Smart before she vanished from a college campus 25 years ago on the Central California coast will stand trial on a murder charge in her suspected death and his father will face a charge as an accomplice for allegedly helping bury her body, a judge ruled Wednesday.

Paul Flores was the last person seen with a very intoxicated Smart on May 25, 1996, as he helped walk her to her dorm at California Polytechnic State University after a party, witnesses said. Prosecutors said he killed Smart while trying to rape her in his dorm room.

Prosecutors presented evidence that showed Smart’s body may have been buried under a deck behind Ruben Flores’s home. Prosecutors said the body had been moved from that location and it’s never been found.

Defense attorneys said prosecutors did not present enough evidence during a 22-day preliminary hearing to support the criminal charges.

Both men have pleaded not guilty.

When the sheriff of San Luis Obispo County hailed the arrests in April of a father and son in the 25-year-old disappearance of college student Kristin Smart, he said he was confident they had the evidence needed to convict them.

A judge on Wednesday will determine if they have enough evidence to proceed to trial after a 22-day preliminary hearing.

Paul Flores, 44, a former California Polytechnic State University student, is charged with murder and his father, Ruben Flores, 80, is charged as an accessory for allegedly helping to bury her body. Both have pleaded not guilty.

Attorneys for the two men say prosecutors did not present enough evidence during a preliminary hearing to support the criminal charges.

Paul Flores was the last person seen with a very intoxicated Smart on May 25, 1996, as he helped walk her to her dorm after a party off campus, witnesses said. Prosecutors said he killed Smart while trying to rape her in his dorm room.

During the preliminary hearing, prosecutors presented evidence from handlers who said their cadaver dogs stopped at Flores’ room and alerted to the scent of death near his bed.

Archaeologists who used ground penetrating radar and dug up the soil beneath Ruben Flores’ back deck, said they found indications the soil had been disturbed in a way similar to a gravesite.

Cindy Arrington, an archaeologist with Natural Investigations, Inc., said she found a “clear subsurface disturbance” and “a large anomaly” that was “large enough to fit human remains into,” the Tribune of San Luis Obispo reported.

Under cross-examination, she said there were no bones or teeth. Arrington said that she had never examined a burial site where no remains were found. Prosecutors have said the body was moved.

Judge Denies Other Allegations to be Used as Evidence

Some women who spoke with police said Flores was referred to as “Chester the molester” and “psycho Paul.”

The judge said the evidence had limited relevance to the murder case and risked creating greater prejudice against Flores.

When Flores first spoke with police, he downplayed his interactions with Smart at the party and on the walk home. He said she walking to her dorm under her own power, though other witnesses said Flores was helping hold her up and she had been passed out earlier in the night.

Defense Claims There is No Real Evidence in the Case

When Hanley asked Flores what he thought happened to Smart, he said she had left with somebody and “he thinks she’s dead,” Hanley said.

Defense lawyer Robert Sanger, who represents Paul Flores, said there was no real evidence in the case.