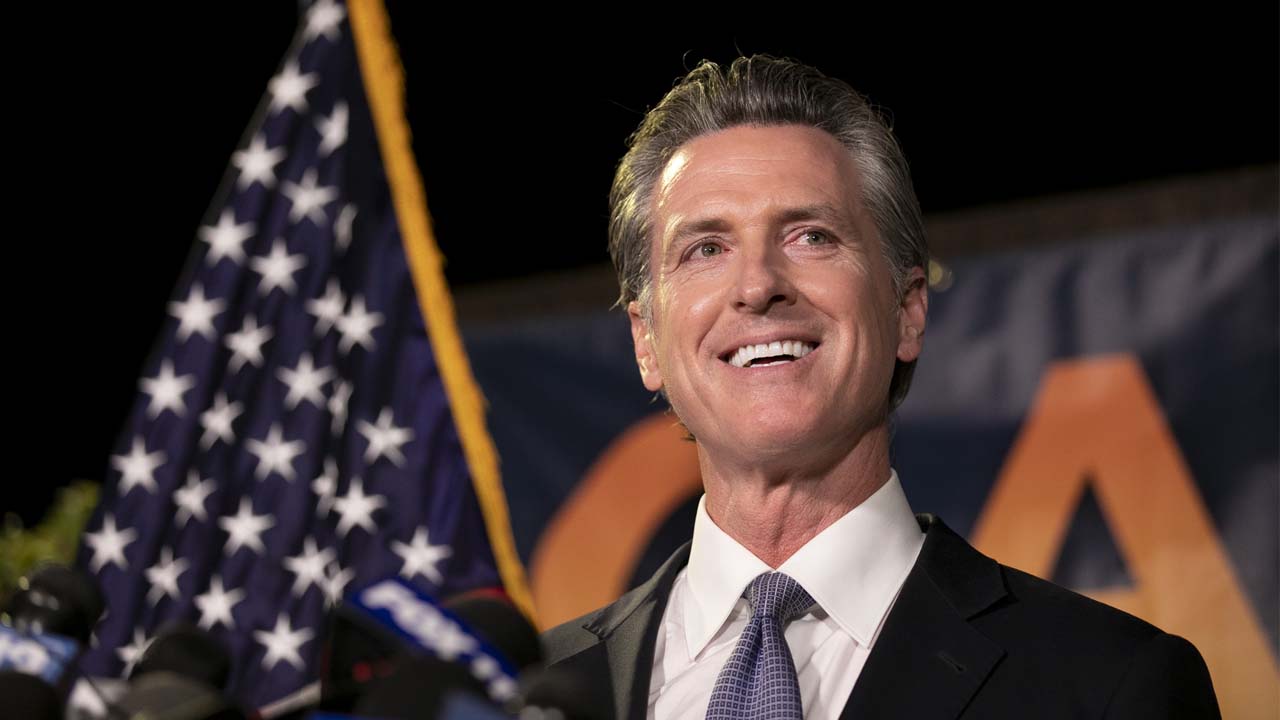 Well, that was one for the history books. In the space of two decades, California voters recalled one Democratic governor and refused to recall another.

Voting had scarcely ended at 8 p.m. Tuesday before major news organizations declared that Gov. Gavin Newsom had handily turned back what had once appeared to be a viable drive to oust him from office.

“We are enjoying an overwhelming ‘no’ vote tonight here in the state of California,” Newsom told cheering supporters in Sacramento. “But ‘no’ was not the only thing that was expressed tonight. I want to focus on what we said ‘yes’ to as a state. We said ‘yes’ to science, ‘yes’ to vaccines, we said ‘yes’ to ending this pandemic.”

By early Wednesday, Newsom had drawn support from nearly 64% of those who voted, a couple of points higher than his landslide 2018 win. Republican talk show host Larry Elder easily bested the field of would-be replacements, which itself was a win of sorts for Newsom.

Just weeks earlier, polls had indicated that Newsom was in serious danger of losing due to scant interest among his fellow Democrats. However, Elder’s entry was a godsend, giving Newsom a polarizing rival he could use to boost Democratic turnout.

Suddenly, media coverage of the recall shifted from Newsom’s managerial headaches and his personal conduct — the infamous unmasked dinner in Napa, especially — to Elder’s unleavened opposition to just about every thing held dear by the state’s dominant Democrats.

The strategy, aided by tens of millions of dollars in campaign spending and drop-ins by national party figures, including President Joe Biden and Vice President Kamala Harris, worked brilliantly.

The Push to ‘Fix a Broken Recall System’

Such “reforms” would require a statewide vote to amend the constitution, either proposed by the Legislature or via initiative petition. Given the Democrats’ huge advantage in voter registration, changing the recall system is a strong possibility, perhaps as soon as next year’s November election.

Newsom himself will be up for re-election next year and his landslide win in the recall indicates he will have an easy time of it — unless, of course, he does something to undermine himself. He should keep in mind that his own conduct and demeanor were catalysts for the drive to oust him.

Newsom Still Has a Long Way to Go for His Critics

To many, he comes across as arrogant — the Napa dinner being a prime, but not isolated, example — and much too insistent on having his way “whether you like it or not.” He uttered those words when, as mayor of San Francisco, he brushed aside California law by issuing marriage licenses to same-sex couples, claiming a larger moral imperative.

As governor, he continued that attitude by unilaterally suspending executions of murderers despite a clear statewide vote to retain the death penalty.

Newsom should remember that millions of Californians, especially those in the state’s outer ring of rural counties, think he’s a bad man who has been a bad governor. He can continue to ignore and alienate those in the outback or he can try to include them as he pursues his self-proclaimed “California for All” governorship.

A little genuine humility would serve Newsom — and the state — well.