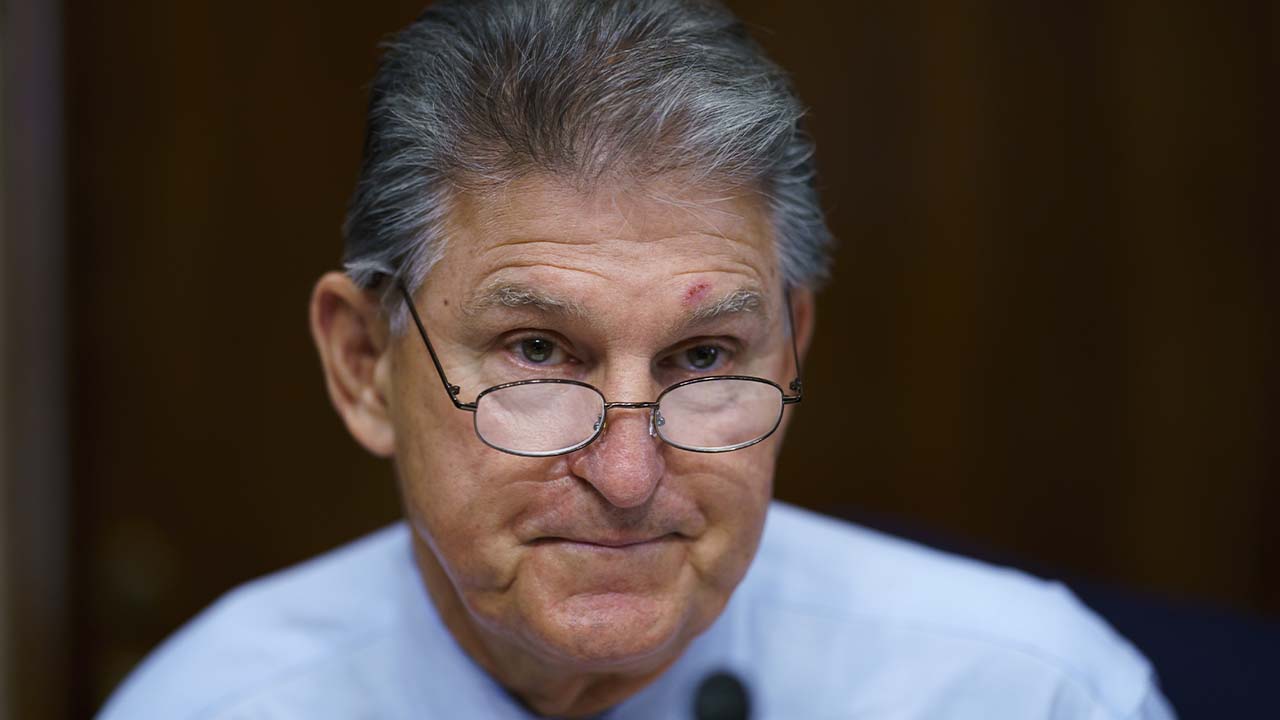 WASHINGTON — A Democratic senator vital to the fate of President Joe Biden’s $3.5 trillion plan for social and environmental spending said Sunday he won’t support even half that amount or the ambitious timetable envisioned for passing it.

The stand by Sen. Joe Manchin, D-W.Va., was described as unacceptable by the chairman of the Senate Budget Committee, who is helping craft the measure. But Democrats have no votes to spare if they want to enact Biden’s massive “Build Back Better” agenda, with the Senate split 50-50 and Vice President Kamala Harris the tiebreaker if there is no Republican support.

With congressional committees working toward the target of Wednesday set by party leaders to have the bill drafted, Manchin made clear his view, in a series of television interviews, that there was “no way” Congress would meet the late September goal from House Speaker Nancy Pelosi, D-Calif., for passage.

“I cannot support $3.5 trillion,” Manchin said, citing in particular his opposition to a proposed increase in the corporate tax rate from 21% to 28% and vast new social spending.

“We should be looking at everything, and we’re not. We don’t have the need to rush into this and get it done within one week because there’s some deadline we’re meeting, or someone’s going to fall through the cracks,” he said.

Pressed repeatedly about a total he could support, Manchin said, “It’s going to be $1, $1.5 (trillion).” He later suggested the range was based on a modest rise in the corporate tax rate to 25%, a figure he believes will keep the U.S. globally competitive.

“The numbers that they’re wanting to pay for and the tax changes they want to make, is that competitive?” Manchin asked. “I believe there’s some changes made that does not keep us competitive.”

But Vermont Sen. Bernie Sanders, who is developing the budget bill, noted that he and other members of the liberal flank in Congress had initially urged an even more robust package of $6 trillion.

“I don’t think it’s acceptable to the president, to the American people, or to the overwhelming majority of the people in the Democratic caucus,” Sanders said. He added: “I believe we’re going to all sit down and work together and come up with a $3.5 trillion reconciliation bill which deals with the enormously unmet needs of working families.”

The current blueprint proposes billions for rebuilding infrastructure, tackling climate change and expanding or introducing a range of services, from free prekindergarten to dental, vision and hearing aid care for seniors.

Manchin voted last month to approve a budget resolution that set the figure, though he and Sen. Kyrsten Sinema, D-Ariz., have expressed reservations about the topline amount. All of it would be paid for with taxes on corporations and the wealthy.

Related Story: President Biden’s Infrastructure and Build Back Better Plans: An Antidote for ...

Manchin Describes Pelosi’s Timing for the Vote as Unrealistic

Congressional committees have been working hard this month on slices of the 10-year proposal in a bid to meet this week’s timeline from Pelosi and Senate Majority Leader Chuck Schumer, D-N.Y., to have the bill drafted. Pelosi is seeking a House vote by Oct. 1, near the Sept. 27 target for voting on a slimmer infrastructure plan favored by moderates.

Manchin, who in an op-ed earlier this month urged a “strategic pause” on the legislation to reconsider the cost, described the timing as unrealistic. He has urged Congress to act first on a nearly $1 trillion bipartisan infrastructure bill already passed by the Senate. But liberal Democrats have threatened to withhold their support until the $3.5 trillion spending bill is passed alongside it.

Neither side on Sunday revealed how they hoped to quickly bridge the divide among Democrats.

“There’s no way we can get this done by the 27th, if we do our job,” Manchin said. “There’s so much differences that we have here and so much — there’s so much apart from us where we are. … I’m working with people. I’m willing to talk to people. It makes no sense at all.”

Manchin spoke on CNN’s “State of the Union,” NBC’s “Meet the Press” and ABC’s “This Week.” Sanders was on CNN and ABC.