EXPLAINER: What to Know About New Texas Abortion Law 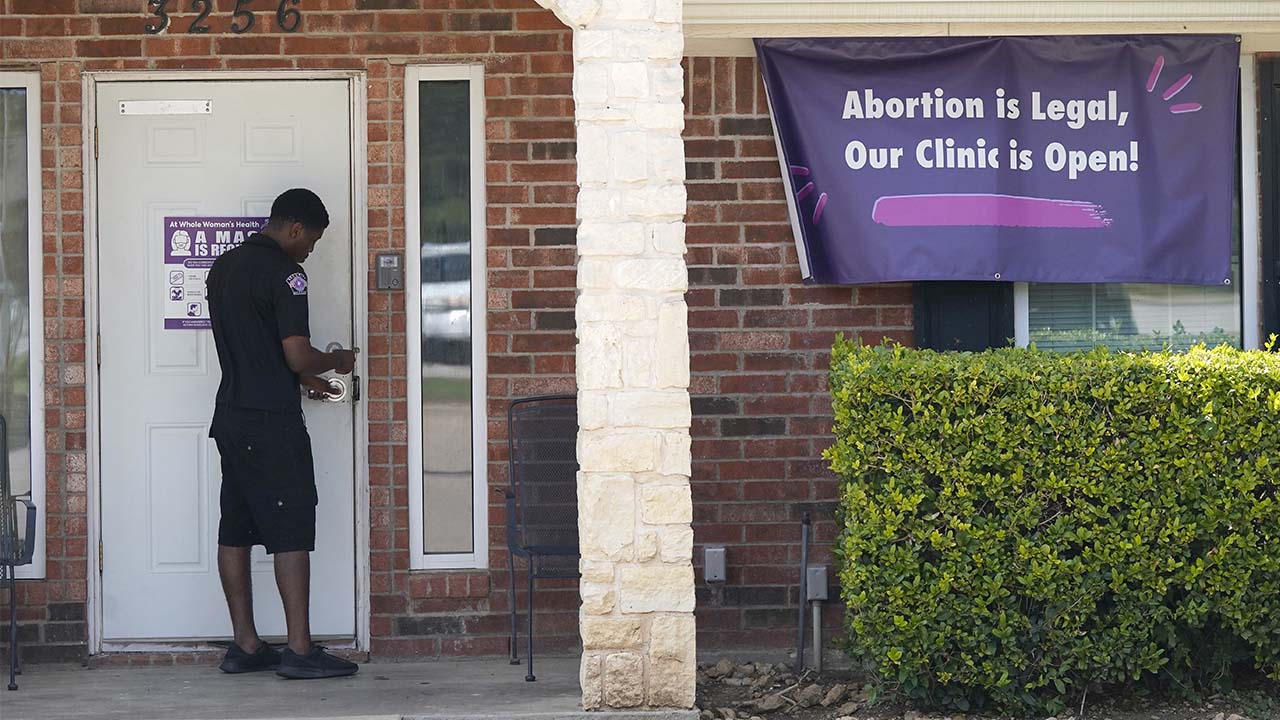 AUSTIN, Texas — The Supreme Court allowing a new Texas law that bans most abortions is the biggest curb to the constitutional right to an abortion in decades, and Republicans in other states are already considering similar measures.

The law prohibits abortions once medical professionals can detect cardiac activity, usually around six weeks — before some women know they’re pregnant. Courts have blocked other states from imposing similar restrictions, but Texas’ law differs significantly because it leaves enforcement up to private citizens through civil lawsuits instead of criminal prosecutors.

Here’s what to know about the new Texas law that took effect Tuesday, which already has abortion clinics in neighboring states reporting a surge in the number of Texas women seeking the procedure:

What Does the Texas Law Do?

It allows any private citizen to sue Texas abortion providers who violate the law, as well as anyone who “aids or abets” a woman getting the procedure. Abortion patients themselves, however, cannot be sued.

The law does not make exceptions for rape or incest. The person bringing the lawsuit — who does not have to have a connection to the woman getting an abortion — is entitled to at least $10,000 in damages if they prevail in court. Texas Right to Life, the state’s largest anti-abortion group, launched a website to receive tips about suspected violations and says it has attorneys ready to bring lawsuits.

How Many People Could be Affected by the Texas Law?

The new Texas law could affect thousands of women seeking abortions, though precise estimates are difficult. In 2020, Texas facilities performed about 54,000 abortions on residents. More than 45,000 of those occurred at eight weeks of pregnancy or less. Some of those abortions still could have been legal under the new law, if they occurred before cardiac activity was detected.

How is the Texas Law Different From Those in Other States?

The key difference is the enforcement mechanism. The Texas law relies on citizens suing abortion providers over alleged violations. Other states sought to enforce their statutes through government actions like criminal charges against physicians who provide abortions.

Texas is one of 14 states with laws either banning abortion entirely or prohibiting it after eight weeks or less of pregnancy. The rest have all been put on hold by courts. Most recently, a court halted a new Arkansas law that would have banned all abortions unless necessary to save the life of the mother in a medical emergency. Other states with blocked laws banning abortions early in pregnancy are Alabama, Georgia, Iowa, Kentucky, Louisiana, Mississippi, Missouri, North Dakota, Ohio, South Carolina, Tennessee and Utah.

How Did the Texas Abortion Law Come About?

Texas has long been a major battleground over abortion rights and access, including a 2013 law that closed more than half of the 40-plus abortion clinics in the state before it was blocked by the Supreme Court.

Emboldened by victories in the 2020 elections, Republicans responded with a hard-right agenda this year that included loosening gun laws and further tightening what are already some of the nation’s strictest voting rules. Anti-abortion groups say the new law was in response to frustration over prosecutors refusing to enforce other abortion restrictions already on the books.

Before Republican Gov. Greg Abbott signed the law in May, voters in Lubbock, Texas, approved an ordinance similarly intended to outlaw abortion in the city by allowing family members to sue an abortion provider.

A case is still proceeding in the 5th U.S. Circuit Court of Appeals, though the timing of future action is unclear.

What Implications are There for Abortion Laws in Other States?

The Supreme Court’s action does not reinstate any stricken abortion laws in other states. But “essentially, the Supreme Court has now given other states a roadmap for circumscribing Roe vs. Wade,” said Steven Schwinn, a constitutional law professor at the University of Illinois Chicago.

Indeed, some Republican lawmakers already are talking about following suit.

In Arkansas, Republican state Sen. Jason Rapert on Thursday tweeted that he planned to file legislation mirroring Texas’ law for the Legislature to take up when it reconvenes this fall. But it’s unclear whether that will be allowed, because the session’s agenda currently is limited to congressional redistricting and COVID-19 legislation.

“I think most conservative states in the South will look at this inaction by the court and will see that as perhaps a chance to move on that issue,” McDaniel said.

The Mississippi Legislature is scheduled to start meeting in January. The Supreme Court will hear arguments this fall on a 2018 Mississippi law that would ban most abortions after 15 weeks of pregnancy — a case that is a direct challenge to Roe v. Wade.

Could Other States Take a Similar “Citizens” Enforcement Approach?

Some states already have turned to citizens to enforce new laws.

In Kansas, a new law prompted by frustration over coronavirus restrictions allows residents to file lawsuits challenging mask mandates and limits on public gatherings imposed by counties. Last month, the Kansas Supreme Court allowed enforcement of the law to proceed while it considers an appeal of a lower court ruling that declared the law unconstitutional.

Utah also took a similar strategy on pornography last year, passing a law that allows citizens to sue websites that fail to display a warning about the effects of “obscene materials” on minors. Though adult-entertainment groups warned it was a violation of free speech, many sites have complied with the law to avoid the expense of a possible onslaught of legal challenges.

Citizens filing their own lawsuits has long been a fixture of environmental and disability-rights law, said Travis Brandon, an associate professor at Belmont University College of Law. Environmental groups, for example, help file suits against businesses accused of violating federal pollution permits.

In California, Proposition 65 allows people who might have been exposed to potentially carcinogenic materials to both file their own lawsuits and collect a kind of “bounty” if they win. Those laws are different, though, in that people generally must show they have been directly affected by a violation of the law, a feature missing from the new Texas measure, Brandon said.