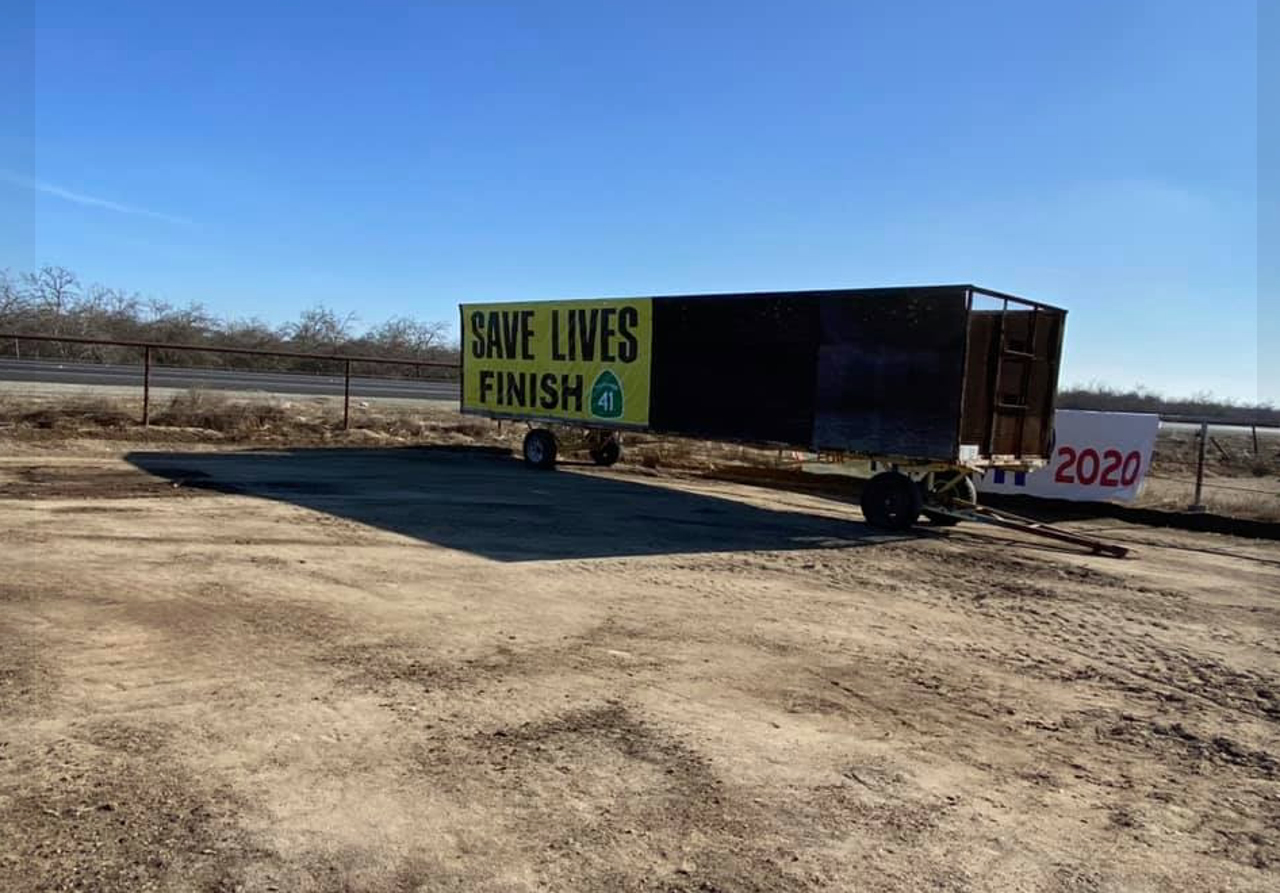 The Valley is poised to receive millions for projects from the $1.2 trillion infrastructure bill, including $20 million for Highway 41. (GV Wire File)
Share with friends

The Central Valley is set to benefit from the $1.2 trillion infrastructure bill being debated by Congress. While specifics are still being worked out, local leaders relish receiving tens of millions of dollars for road and highway projects.

Leading the request list is $20 million to expand a dangerous stretch of Highway 41 southeast of Caruthers from two lanes to four lanes.

But as nothing is set in stone, California’s representatives in the House and Senate also are angling for millions more for water and airport projects.

The Infrastructure Investment and Jobs Act passed in the House of Representatives in July and in the Senate on Aug. 10. However, because the Senate changed the bill so much, another House vote is needed. A final vote is expected by Sept. 27.

“There’s a number of ways in which this bill is considerably different. I mean, basically, the size of it is three times what we’ve seen in the past,” said Robert Phipps, deputy director of the Fresno Council of Governments.

“We have six projects that are hard infrastructure projects throughout the San Joaquin Valley that have been requested as part of earmark requests,” Phipps said.

Phipps says there is no money dedicated to the Fresno Veterans Boulevard project, as it is already paid for with other sources.

Congressman Jim Costa, D-Fresno, said he is advocating for local projects, including $5.2 billion for western water projects such as the Friant-Kern Canal, the Delta-Mendota Canal, and the California Aqueduct.

The office of Sen. Alex Padilla, D-California, said the bill would also include $23.4 million for Fresno Yosemite International Airport and $89 million overall for transit projects in the Fresno region over the next five years.

Pelosi Is on Board to Boost Valley

Costa talked about how he would convince his colleagues to support Central Valley projects.

“You make your position clear in that the San Joaquin Valley, like every part of the country, suffered from the pandemic. But in some ways, we have extra challenges that we highlight in terms of getting the economy going back again. And the investment of our infrastructure on water and transportation and schools, frankly, need the additional support. So I’m making that case every day,” Costa said.

He said he has the support of House Speaker Nancy Pelosi, D-San Francisco.

“She’s supportive of trying to help us with water and transportation and she understands the economic disparities that exist here,” Costa said.

Phipps said projects need multiple funding sources to move forward. Before, he said, one or two federal sources would be sufficient.

“Today, you’re having to find five or six different places to draw money from,” Phipps said.

Money has become more competitive because of a shift to funding via grants.

“You basically compete for the federal pot along with everybody else. Whereas it used to be that if you were in California, you were guaranteed to see 12 percent of whatever was coming (based on California’s share of the population),” Phipps said. “The competition is rough out there.”

Fresno County projects also rely on the Measure C transportation sales tax. Phipps says that not only provides an additional revenue source but shows the federal government that the region has “skin in the game.”

“(The federal government) wants to see that you have money to bring to the table. And if you can do better than, say, 20 percent, through … whatever other money you can cobble together, that makes your project look better, more attractive to them to fund,” Phipps said.

Related Topics:CongressFeaturedinfrastructureJim Costa
Up Next