Temperatures Prove It. This Is Fresno's Hottest Summer Ever. 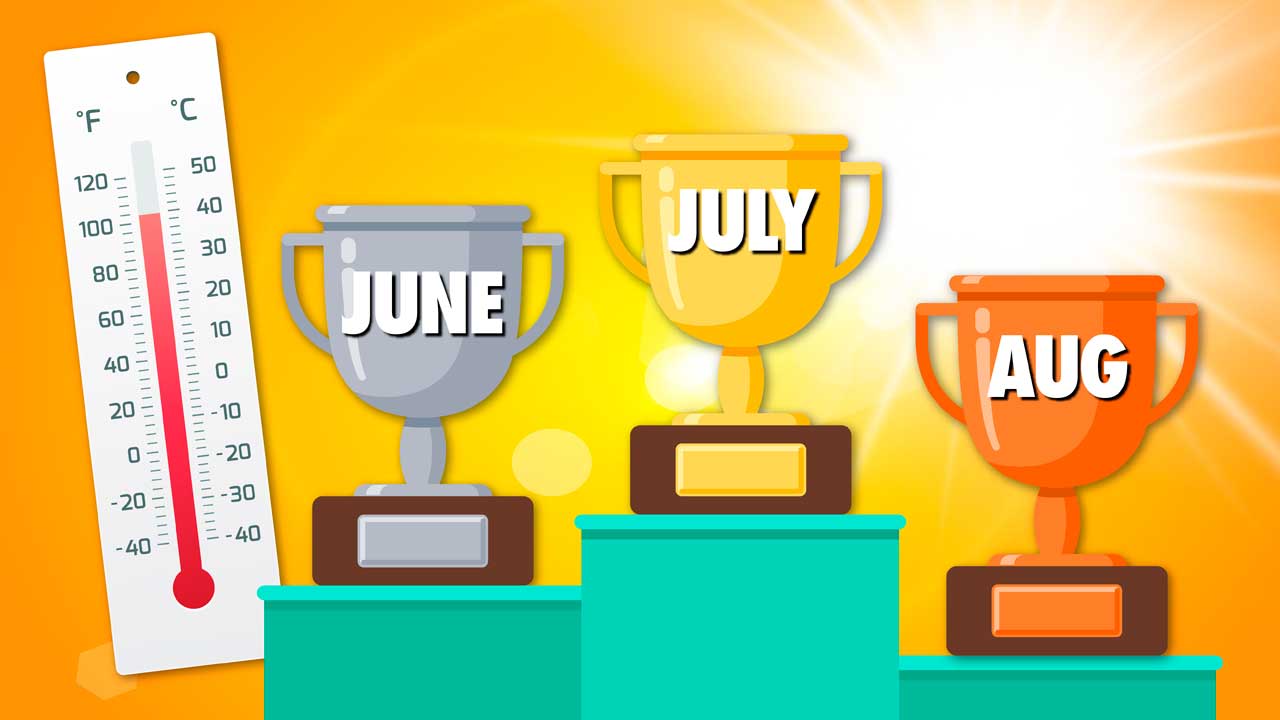 If summer weather were the Olympics, Fresno would get a gold medal for July, a silver for June and a bronze for August. (GV Wire/Justine Cha)
Share with friends

Tuesday’s high of 103 put us in triple digits for the 62nd time this year, which means we’re just one day from tying the record that was set in 1984 for the most triple-digit days. Two more days at or above the century mark will set a new all-time record for triple-digit days here, and any more days would just be melted icing on the overcooked cake.

(“Addicted to Fresno” screenwriter Karey Dornetto nailed Fresno’s sizzling summers when she wrote the following; “Lord, why is it so hot? Did you mean for it to be this hot? Or did you leave the house in a hurry and Fresno was the oven you forget to turn off?”)

But it may be a little while yet before the 1984 record is toppled. The National Weather Service is forecasting high temperatures dropping into the 90s for the rest of the week and through the Labor Day weekend.

O That This Too Too Solid Flesh Would Melt

How hot has this summer been? Not surprisingly, all those triple-digit days have boosted overall average temperatures.

The record for August is 86.5 degrees and was set in 2012.  On Wednesday, the National Weather Service reported the monthly average temperature was 85.2 degrees, putting last month in a tie with August 2017 for the third-hottest August.

And we’ve had nearly two-thirds more triple-digit days than the average of 38 days, according to the National Weather Service.

The triple-digit weather started on May 31, when the mercury hit 101. Fourteen days in June were 100 degrees or hotter, followed by 27 days in July and 20 days in August. (Not-so-fun fact: Every single day in July had a high of at least 98 degrees. Another not-so-fun fact: The last time the high temperate was under 90 was on June 11, when the high reached a blissfully balmy 84.)

July seems to have a lock on the top 10 warmest months list, taking nine of the 10 spots (August 2012 is on the list, but just barely).

All of the above, said Brian Ochs, a meteorologist with the National Weather Service in Hanford. High-pressure ridges parked over the Four Corners region of Utah, Colorado, New Mexico, and Arizona create hellish temperatures for Fresno and the Valley, and global warming is making those ridges stronger and longer-lasting, Ochs said.

Meanwhile, the drought in the western U.S. has depleted soil moisture, which also raises temperatures, he said.

And the spread of urban areas in Fresno and Clovis expands the “heat island” effect, when buildings and roads soak in sunshine and then are slow to release the accumulated heat at night after sunset. (This explains why on some nights the reported temperature in Madera, barely 10 miles up Highway 99 from Fresno, might be 10 degrees cooler.)

We might not feel like “celebrating” a record-setting number of triple-digit days in Fresno. But it could be worse: Bakersfield’s triple-digit record is 76 days (set in 1917), Ochs said.