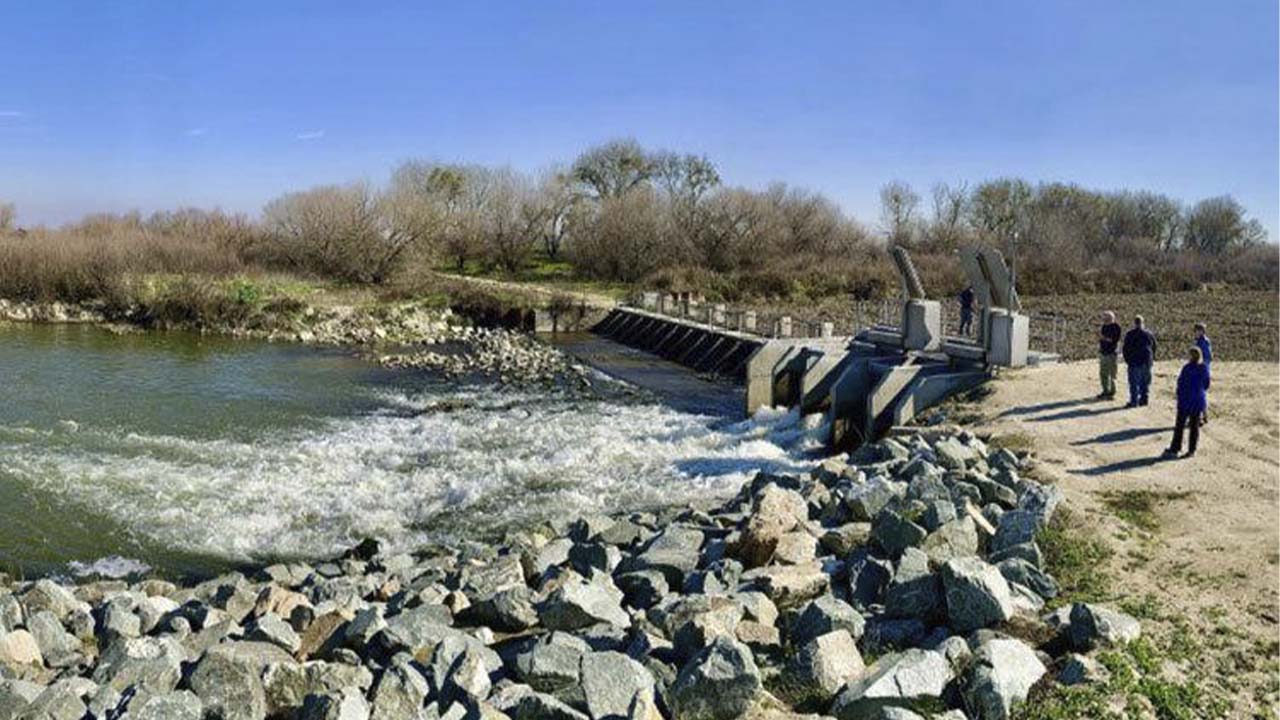 One farmer has single-handedly ramped up the pace of a program trying to save native salmon in the San Joaquin River by donating a key sliver of land to the federal government. 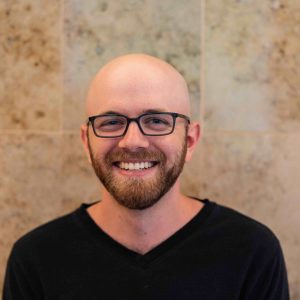 Connley Clayton donated about eight acres of his Madera County riverfront land to the government’s San Joaquin River Restoration Program. The land will provide crucial space for the government to build a passage that fish can use to swim around the Sack Dam, a significant impediment to salmon returning upriver from the sea.

“We’re lucky we had the opportunity to do it,” said Clayton. “We’re getting more pleasure out of it probably than anybody.”

The 366-mile-long San Joaquin River starts high in the Sierra Nevada mountains east of Fresno. It travels north through the Valley to the Sacramento-San Joaquin Delta and, ultimately, flows into the San Francisco Bay. Historically, the river was home to many runs of salmon, including spring-run Chinook which made up a significant portion of California’s commercial fishing industry.

In the 1940s, the Friant Dam was built by the Bureau of Reclamation above Fresno and most of the river’s water was routed south to farms and towns all the way to Arvin via the Friant-Kern Canal. The river was dried up for more than 60 miles until its confluence with the Merced River.

In 1988, the Natural Resources Defense Council, along with other environmental groups, sued the federal government to restore the river and the salmon populations. After 18 years, the case was settled in 2006. That led to nearly $900 million in funding and creation of the Bureau’s Restoration Program, tasked with restoring salmon populations.

The program was able to reconnect the river for the first time in 2016 but progress has been slowed by recurring drought and unanticipated costs due to water seepage damage to farmland adjacent to the river.

So, Clayton’s land donation was a huge boost.

“This piece of property is probably, if not the most important, within the top two in importance for the restoration program,” said Don Portz, manager of the San Joaquin River Restoration Program.

The Sack Dam, east of Dos Palos, is one of two main physical impediments to fish migration. The other is the Mendota Dam in Fresno County.

Portz said the relatively tiny portion of Clayton’s 1,135-acre ranch involved in the donation may seem insignificant but that its location makes it “small but mighty.”

It is the only option for a fish passage as the west side of the river at Sack Dam is already built out with a maze of canals, Portz said.

Normally, it takes the government 18-24 months to acquire land, said Portz. Clayton’s donation took about two months. Portz said the donation not only saved the program time, but money because costs of land and materials continue to escalate.

Connley had been talking with Portz about how he could get involved with the restoration program for more than a year. That’s how the idea of the donation came about. It was finalized on December 28, 2020.

Related Story: California’s Desert Is a Hotbed for Water Bandits

The Sack Dam has been a complication for years, largely because of subsidence. Deep groundwater pumping by surrounding farmers is causing the land to compact and sink.

“In the area around Sack Dam it wasn’t a problem historically, it’s a newer kind of phenomenon there,” said Chris White, executive director of the San Joaquin River Exchange Contractors Water Authority, on subsidence.

Sack Dam itself started sinking about six inches per year, said White. The local water districts have started drilling less deep wells and recharging groundwater in wet years, such as 2017. So far this year there has been about two inches of subsidence at the dam.

In 2011, the restoration program had a design for Sack Dam 90% completed but had to abandon it because subsidence would have rendered it useless in a few years. That design relied on inflatable bladders that would raise or lower a gate at the dam.

The current design using Clayton’s land will be 30% complete in November, and it will not be susceptible to subsidence because the surrounding area isn’t as affected by sinking as the dam itself.

Portz said the design stage will be completed throughout 2022 and construction should begin in fall of 2023.

Sack Dam, left side of map, is between what is known as Reach 3 and 4.

Not all parties were happy with the land donation.

The Henry Miller Reclamation District operates the Sack Dam and provides about 130,000 acre-feet a year to farmers in the area. In December, 2020, the district held a public meeting where officials proposed condemning a portion of Clayton’s land in order to seize control of it.

“It was a little strange and kind of discouraging,” said Portz. “It wasn’t one of our better moments in our relationship.”

“We have facilities out there in that area so I think it’s pretty obvious why the district needs to secure our interests out there,” said John Wiersma, general manager of the Henry Miller Reclamation District.

District officials are worried they won’t have proper access and control of the Sack Dam facilities, said Cannon Michael, president of Bowles Farming Company and trustee of the Henry Miller Reclamation District. Michael said he worries funding for the program isn’t adequate and that the district could be left with long-term problems if the project isn’t done right.

“We just don’t want to see our area get run over by poor decision-making,” said Michael. “The worry is that without the money that everybody’s going to cut corners and we’re the ones that are going to be dealing with it for the next decades to come and that’s where we just have to dig in and try to protect ourselves.”

Despite the conflict, he said he supports the restoration program.

“I think in the long run the Bureau still recognizes poisoning the relationship between us and them serves nobody’s interest,” said Michael. “Bottom line is we want the program to be successful.”

And as for Clayton’s donation, Portz hopes other landowners take notice and feel inspired to contribute in similar ways.

That seems to already have happened. Portz said since the donation two other landowners have approached him about donating some of their land. The program can’t accept just any land though, said Portz. Clayton’s was critical for the program but others might not make as much sense. Still, Portz said he hopes landowners look to nonprofits or other entities that might be able to make use of land donations.

“We just really appreciate the courage on the part of this landowner and their commitment to supporting this thing that benefits all of us,” said Rene Henery, California science director for conservation nonprofit Trout Unlimited.

Henery has been on the restoration program’s technical advisory committee for more than a decade. Trout Unlimited was one of the plaintiffs in the San Joaquin River lawsuit.

“It’s really exciting not just for restoring the river but for the potential of recovering some of our salmon in California and commercial harvest,” said Henery on the donation. “We certainly hope that it could be a model for a potential pathway for other landowners too.”