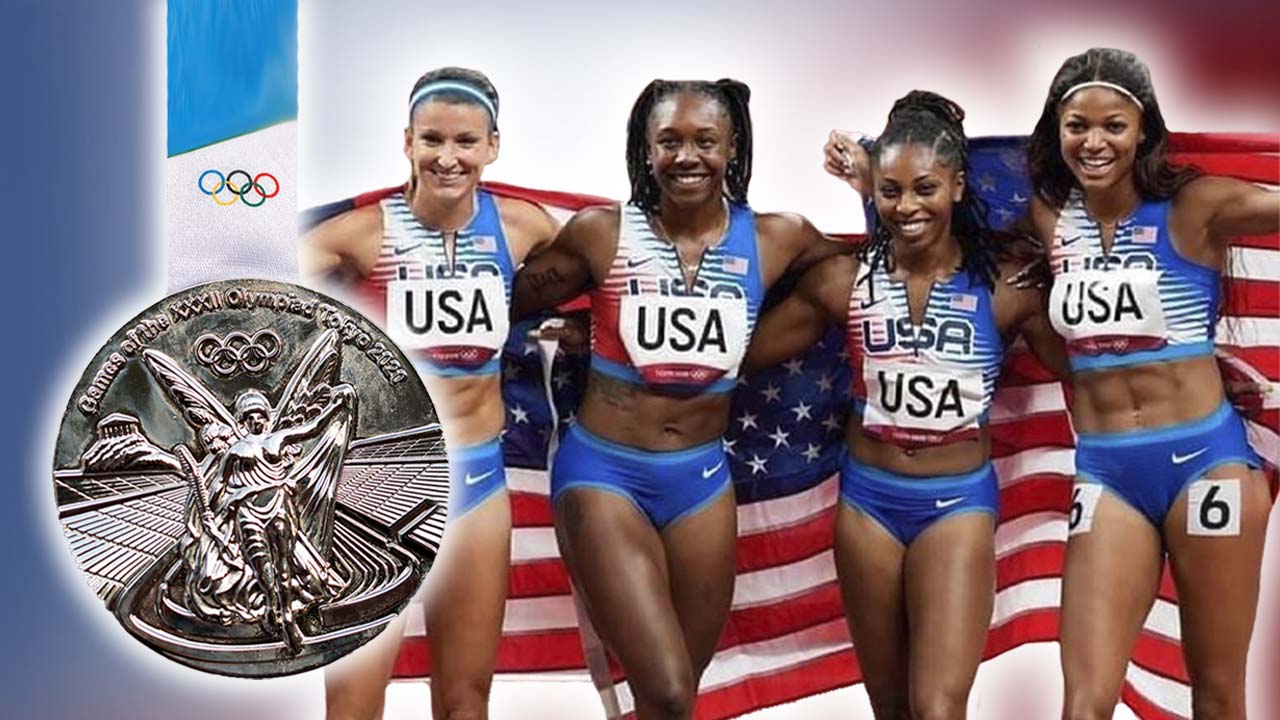 Clovis native and Olympic silver medalist Jenna Prandini will be celebrated Friday evening at Clovis High’s football game against Bakersfield. Prandini, a Clovis High alum, will ride into Lamonica Stadium aboard a fire truck, greet fans, and participate in the pre-game coin toss.

Prandini and her teammates medaled for the U.S. in the 4X100 track relay in the Tokyo Olympic Games, which were delayed a year because of the COVID-19 pandemic. She also competed in the 100-meter and 200-meter dashes.

Prandini is one of the Valley’s most accomplished track stars: Her career highlights include being a five-time California High School Track and Field State Champion (100-meter, 200-meter, triple jump, and twice in long jump), a USA Track and Field Junior National Champion in the long jump, a three-time individual NCAA champion at the University of Oregon, and participating in the 2016 Summer Olympics in Rio de Janeiro.

During the halftime show at Friday’s football game, Prandini will receive proclamations from the city of Clovis and Clovis Unified School District, and a short video of her accomplishments will be shown.

The proclamations will be presented by Mayor Jose Flores and Clovis Unified Superintendent Eimear O’Farrell, who said this about Prandini in a news release from the district: “We couldn’t be more proud of Jenna and all that she has accomplished. She is a role model to countless youth showing what hard work, determination, character, and dedication can achieve. Her never-give-up attitude and her poise and grace inspire us all.”

Vaccinations and the CDC

California State University Chancellor Joseph Castro on Monday urged those who have not yet been vaccinated against COVID-19 to do so now that the Federal Drug Administration has given full authorization to the Pfizer-Biotech vaccine, which previously had emergency authorization.

The CSU and University of California this summer issued policies requiring students, staff, and other regular campus visitors to show proof of vaccination by Sept. 30, except for those who claim a medical or religious exemption.

In a statement released Monday, Castro applauded the FDA’s full approval of the Pfizer vaccine and urged everyone age 16 and older to get vaccinated to slow the spread of the coronavirus.

“Since vaccines became available in December 2020, their use has allowed us to begin to return to many of the activities we had missed over the past 18 months, including seeing and engaging with family and friends. To win our nation’s fight against the pandemic once and for all, each of us has a role to play and it is imperative that we all do our part.”

Stick to the Facts, Please

The debate over mandatory vaccinations was spotlighted Monday at a special State Center Community College District board meeting, where trustees heard from health officials, college employees, students, and others on both sides of the issue. After lengthy public comment, the board voted 5-2 to require vaccinations by Oct. 15.

One confusing moment arose during the public comment period when a woman who identified herself as Nancy Holland said she was upset because State Center was not talking about treatment alternatives such as hydroxychloroquine and ivermectin, a medicine used to treat parasites that the U.S. Food and Drug Administration says should not be used to treat COVID-19.

And then the woman said this: “The other thing I want to make really clear is, the CDC is not a government agency, it is a privately owned vaccine company, and it has patents and the profit of $4.1 billion annually.”

Actually, the Centers for Disease Control and Prevention is a federal agency under the U.S. Department of Health and Human Services and is the nation’s public health agency.

Fresno Pacific University student Evelyn Navarro was one of 12 students to win grant funding for a joint lab research project focused on pediatric oncology. Navarro, a sophomore majoring in biology who hopes to go on to medical school, was named one of Alex’s Lemonade Stand Foundation’s 2021 Pediatric Oncology Student Training Program grant recipients.

Navarro studied NK cell therapy as a cancer treatment at Nationwide Children’s Hospital in Ohio. Her lab experiences intensified her interest in studying cancer and a career in medicine.

The grant funding, from Alex’s Lemonade Stand Foundation along with the Northwestern Mutual Foundation, supports undergraduate, graduate, and medical students through eight weeks of research experience with top researchers in the pediatric oncology field. This allows students to gain more valuable experience while helping advance the treatment options and research for childhood cancer.

The POST program was created in 2011 to increase students’ exposure to pediatric oncology and develop practical research skills. 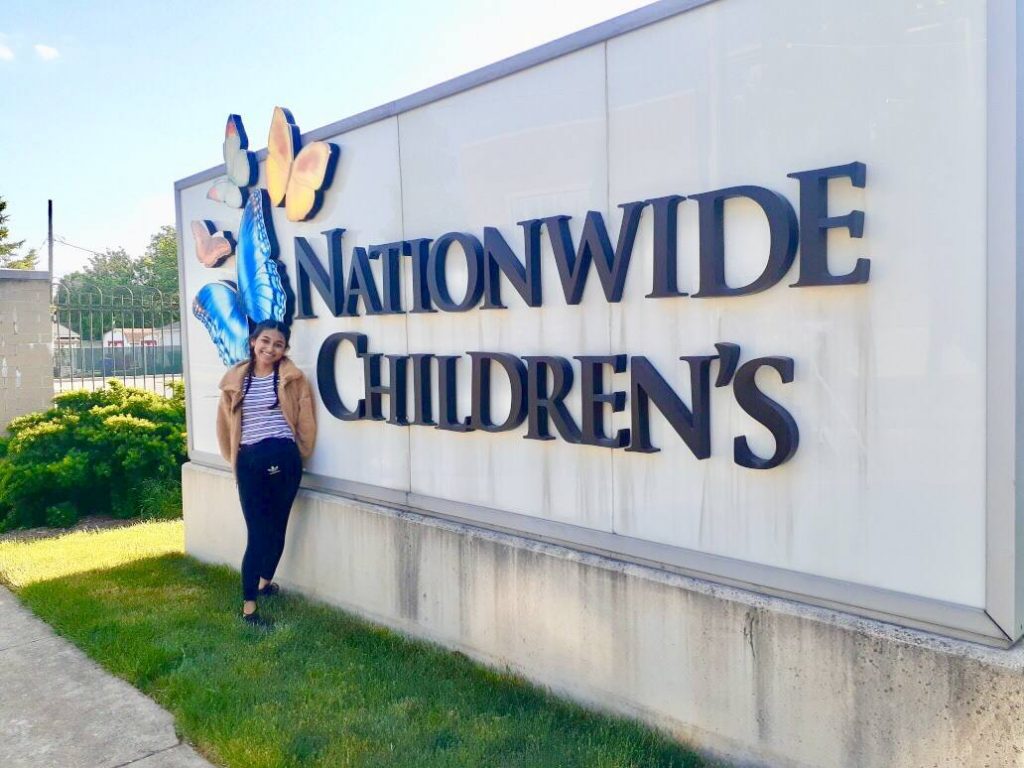 When it comes to getting a quote from Clovis Unified teachers for stories, the Clovis Faculty Senate wants to make sure reporters have contact names and phone numbers for the faculty’s leaders as spokespeople, and sent out a news release about it.

School Zone wonders if the news release may be an indication that the Faculty Senate is feeling a little pressure from the budding teachers union, Association for Clovis Educators, which has made itself available for comments about student masking in schools and other issues since last spring.

ACE has filed several complaints with the state Public Employment Relations Board, alleging that the Faculty Senate is beholden to the district, which provides an office, salary and benefits for the Faculty Senate president, and other financial support.

According to the news release, the Faculty Senate is the “duly-elected self-representative group” for the district’s teachers and operates independently: “No outside or District entity governs or influences the Faculty Senate apart from CUSD’s own teachers.”