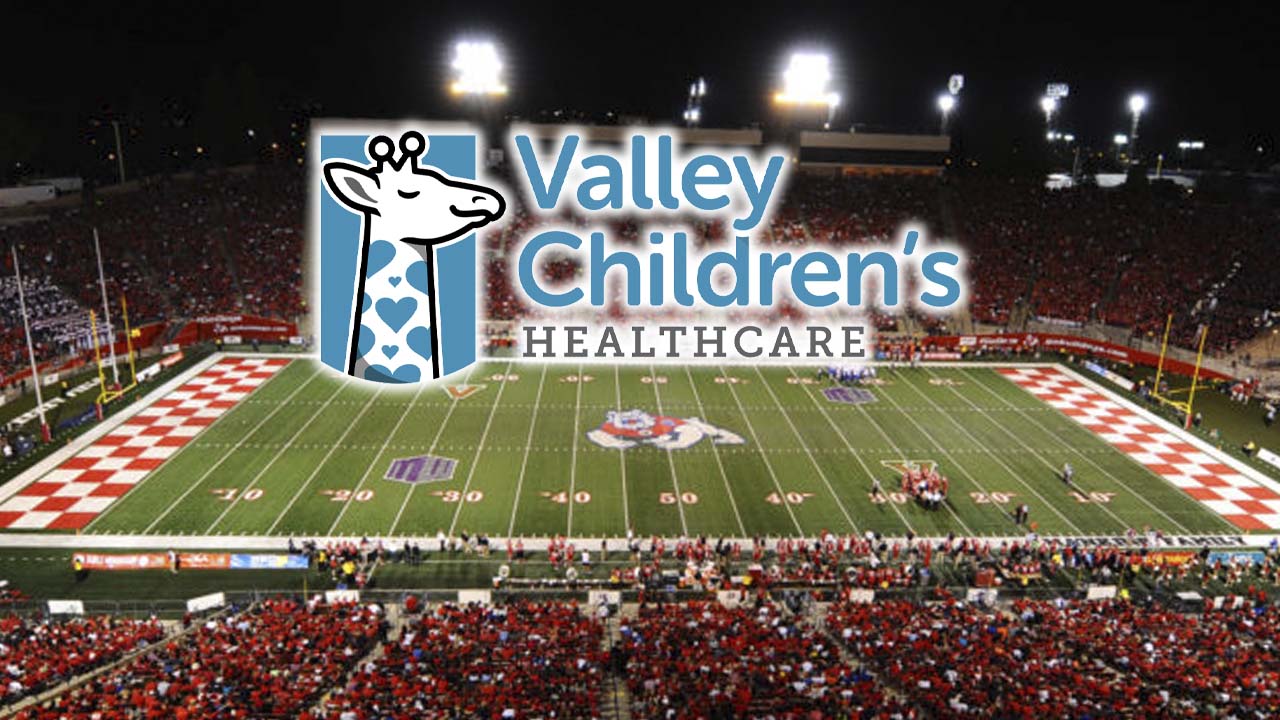 Valley Children’s Healthcare announced Thursday morning it will provide Fresno State $1 million annually over 10 years to strengthen the athletics department, as well as the university’s work in children’s health.

The agreement between VCH and Fresno State covers the naming rights of Bulldog Stadium and, over the next decade, could result in improvements to the stadium, university officials said.

More specifically, the Valley Children’s gift is earmarked for “operations, scholarships, collaborations for student-athletes, youth programs, opportunities to support students pursuing degrees in health, and other opportunities,” the university said in a news release.

The name of the football stadium is subject to the approval of the California State University Board of Trustees, which will consider the name change in spring 2022.

“We are deeply proud that Valley Children’s Healthcare will be synonymous with Fresno State in such a significant way,” said Fresno State President Dr. Saúl Jiménez-Sandoval.

“We are grateful for the transformative support from Valley Children’s Hospital.”

Both of their families have turned to Valley Children’s to provide care for their children, and both serve as ambassadors for the healthcare network.

Three of David Carr’s children have Type 1 diabetes and are cared for by specialists at Valley Children’s outpatient specialty care center in Bakersfield.

“David and I have a strong connection to Valley Children’s as grateful parents for the life-saving care our children have received there and to Fresno State for all that we received as students,” said Derek Carr, the Las Vegas Raiders starting signal-caller. “To be able to play a part in strengthening and expanding the long-term relationship between these two institutions has been rewarding.”

“Derek and I loved our time playing at Fresno State, and still consider it a home away from home,” added David Carr, a former No. 1 overall NFL draft pick and now an NFL Network Analyst. “We are both excited to see Valley Children’s and Fresno State grow its partnership that will benefit so many students and the community.”

David Carr’s football column for GV Wire will premiere before the start of the NFL season next month.

How to Land a Job at Big Fresno Fair