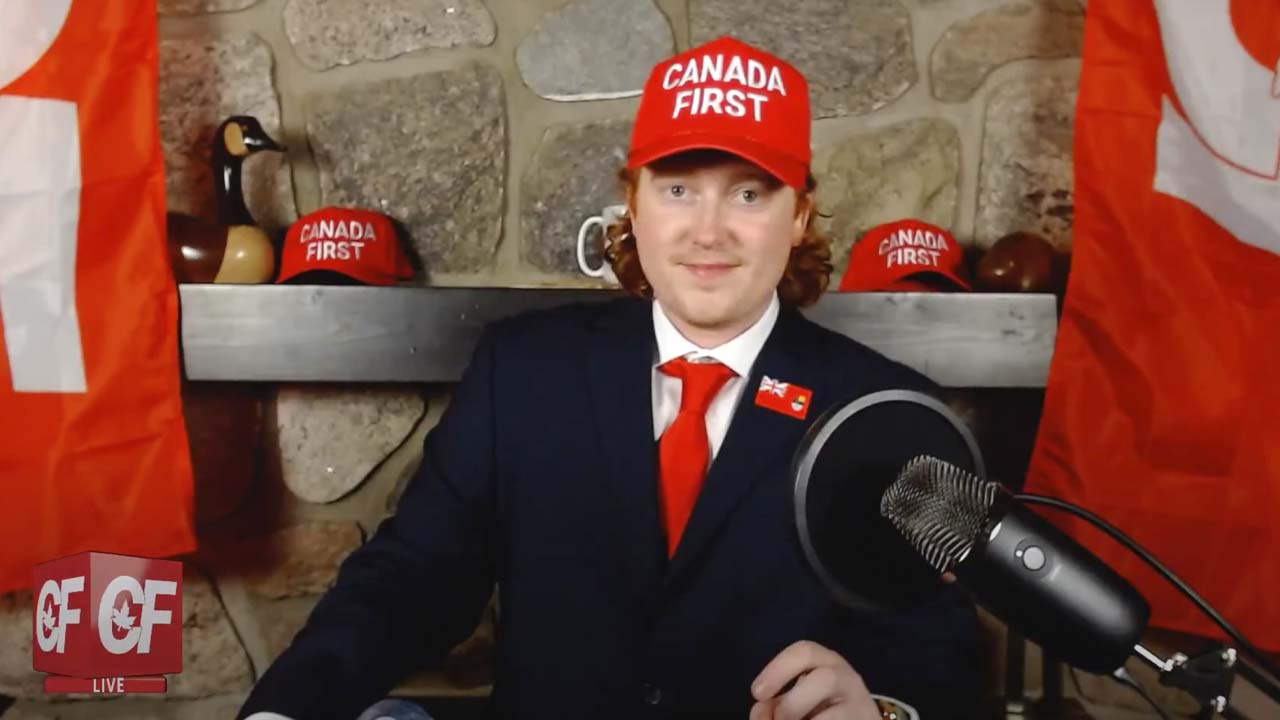 Tyler Russell, who some call a Canadian ultra-nationalist, had an event with Fresno State College Republicans canceled. (Image: YouTube)
Share with friends

Hours after being called out by AntiSemitism.org for hosting a virtual event with the founder of “Canada First,” the Fresno State College Republicans said they have canceled the event.

Tyler Russell, a 22-year old political activist from Canada, hosts a daily live stream in his native country. Some have described him as a “right-wing nationalist” and worse.

No Reason Given for Cancellation

The Fresno State College Republicans planned a virtual meeting for its membership Friday afternoon, with Russell as the guest speaker.

“There is no longer any event it has been cancelled,” the group posted on Twitter, in response to criticism from AntiSemitism.org — a group that calls out anti-Jewish hatred.

No reason was given as to why the cancellation. Messages to the College Republicans were not returned as of time of publication. 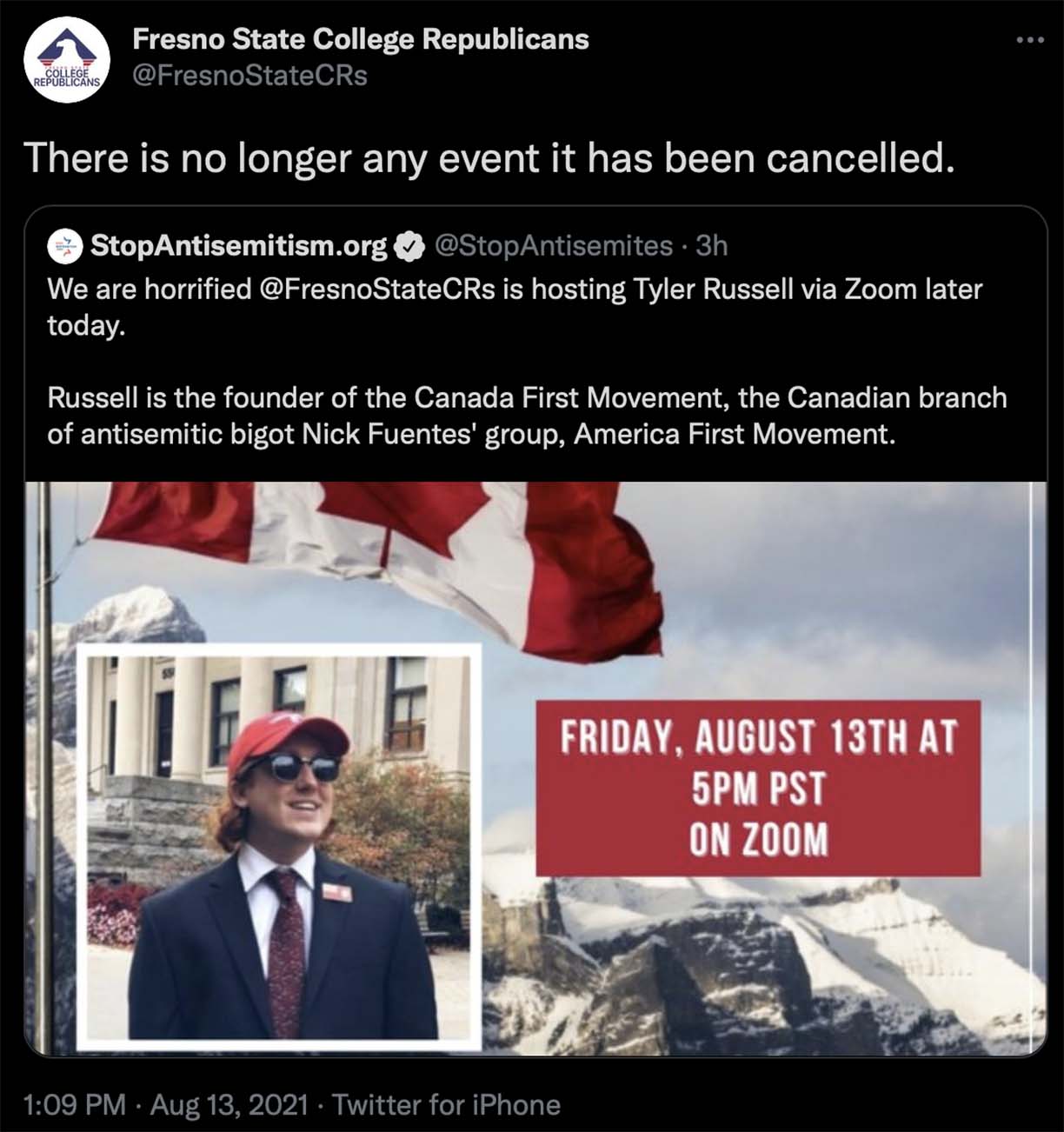 It has been a tough week on social media for the Fresno State club. Earlier this week, the group criticized military veterans when getting into a flame war with a retired Army medic-turned-comedian from Connecticut. The group’s tweet not only criticized the veteran, Patrick Loller, but likened most in the military to “glorified DMV employees.”

The tweets drew a rebuke from Fresno State on its Twitter account, saying the College Republicans tweets — later deleted — were “deeply concerning and inconsistent with the University’s core values.”

“This matter has been referred to the Dean of Students for further review,” a subsequent Fresno State tweet said.

That threat brought civil rights group FIRE into the fray. The group wrote a letter to the university reminding it “that it may not punish students for protected speech — even speech many find offensive.”