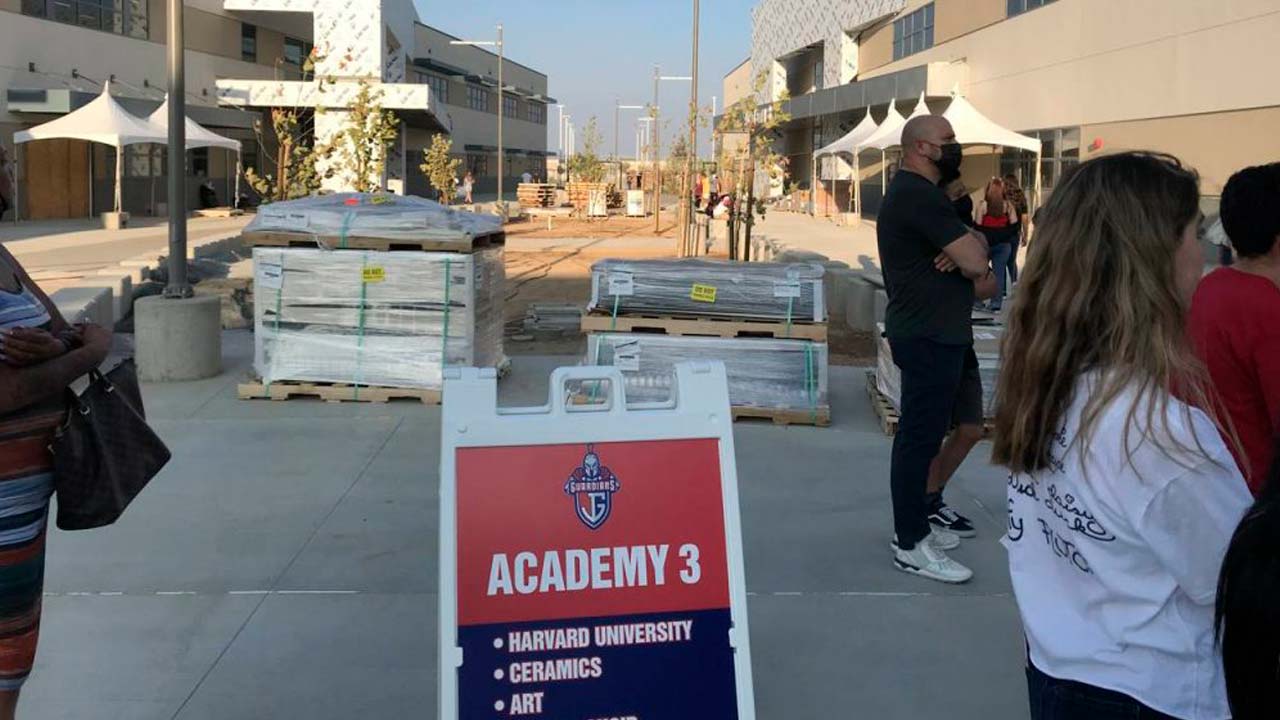 Students at Justin Garza High School will be sharing their new campus with construction workers for the next four months, and possibly longer.

The unfinished school will open for classes on Wednesday, the first day of school for all Central Unified students.

On Monday evening, crowds of Justin Garza High parents and students got their first look at the campus, portions of which are blocked off by chain link fencing to separate mostly finished buildings from unfinished ones.

Parent Jenni Solla, mother of an incoming freshman student, said she was shocked to see construction materials lying around the campus and on walkways, unfinished stairwells, no desks in classrooms, and debris everywhere.

“I was kind of traumatized by the end of the night, to be honest,” she said.

Parents were reassured that the school will be ready for students on Wednesday morning, but Solla said she has her doubts given how much work remained after Monday evening’s open house for families.

But principal Ezequiel Gutierrez said classrooms, all with air-conditioning, will be ready when 1,200 freshman and sophomore students — the school’s inaugural classes — arrive on Wednesday.

“This is a long-awaited day that not only have my staff members and teachers been waiting for, but also the community, the Central Unified community and families have been waiting for this new high school for a long time, and they’ve put in their support behind us,” he said.

“And so today is really a celebration. The witness of what we’ve had today for open campus night, seeing so many families arrive is a testament to their support of wanting to see this campus open for our students.” 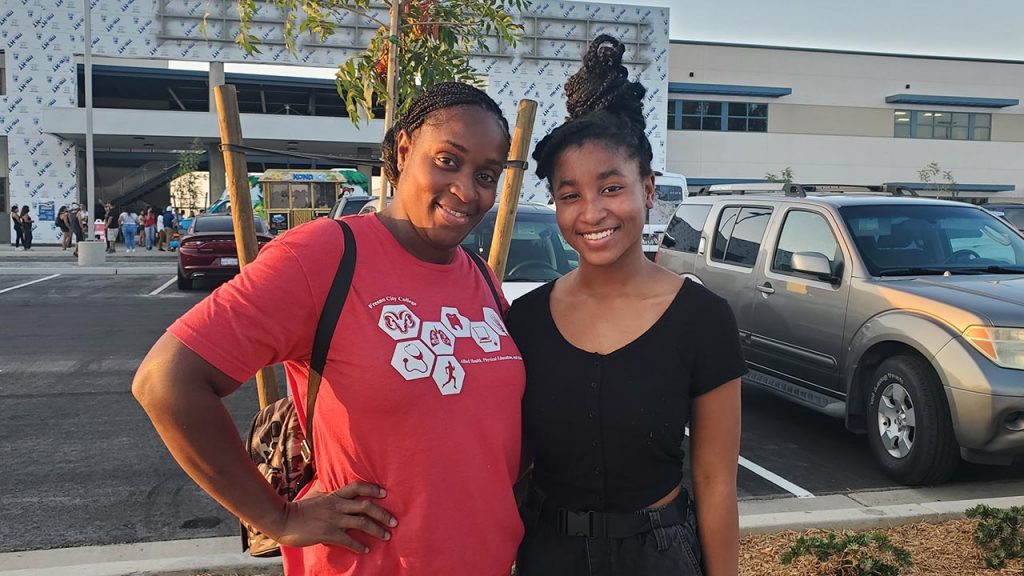 Sunshine Derek and her daughter Nyasha, an incoming freshman, came on Monday to get their first look at the new school at the corner of Grantland and Ashlan avenues west of Highway 99. They weren’t able to go inside all of Nyasha’s classrooms, and she’s still a little confused about the school’s layout, but she’ll soon be familiar with her new school, Sunshine Derek said.

Nyasha is looking forward to trying out new activities such as theater, her mother said. And she’s glad that the classrooms are inside buildings that connect to central hallways that are heated and air conditioned.

Sometime in the next four months, Nyasha and her classmates could have a full run of the campus.

According to the district’s contract with Harris Construction, the school’s completion date was supposed to be July 15.

Under a proposed memorandum of understanding that trustees will review at Tuesday’s board meeting, the district would pay Harris an additional $650,000 for 146 “compensable delay days,” and the project completion date would move to Dec. 8 but could be revised in the event of future delays.

The public portion of the School Board meeting will begin at 7 p.m. and will be held in the Wayne “Hondo” Hodge Performing Arts Center of Central East High School, 3535 N. Cornelia Ave. It also can be watched online on the district’s YouTube channel.

The MOU payment to Harris would be in addition to the project change orders that the district has agreed to pay or is considering paying that combined would add nearly $2 million — almost 2% — to the original project cost of $104 million.

And that’s only the first phase of the high school. Phase 2, which will include the vaunted visual and performing arts center and aquatics center, is projected to cost $80 million. The district plans to use state funds as well as revenues from the $120 million Measure D that voters approved last November. Construction is scheduled to begin in 2022.

District reports say the change orders resulted from a number of factors, including changes in scope of work or plans due to unforeseen conditions or district needs.

On Monday, Gutierrez chalked up delays to construction labor shortages. But Central Unified spokesman Gilbert Magallon said Tuesday that the district is not paying for an absence of labor. Delivery delays of some construction materials has played a role, he said.

“Change orders are to be expected for a project of this size and are already budgeted accordingly with the overall construction cost,” he said.

Harris Construction officials did not respond to a request for comment.

Under the proposed occupancy agreement included with the MOU, Harris would “achieve substantial completion” of the administration building A, buildings H, J, and K, and building G (the mall) by the start of school on Wednesday. Harris and the district agree that construction workers will have “unencumbered access” to continue construction, and students and staff will have “safe access” during construction.

In a video of the July 31 ribbon-cutting ceremony at the high school, facilities planning director Joseph Martinez said students should have access to the indoor campus mall and locker rooms by mid-September, the kitchen and food court by the end of September, and the gymnasium by the end of October. Meals will be handed out at snack bars until the food court opens, he said.

Justin Garza High may not be completely finished, but that won’t stop the teachers and other staff from getting to know the new students and their families, Gutierrez said.

“We’re focusing on the idea that as we open up our campus, the focus is going to be on student connections,” he said Monday. “So although the campus might not look 100% complete, what we’re focusing on is teacher and student relationships, supporting our families, giving them the things that they need to recover learning loss that might have taken place during distance learning and really supporting them socially and emotionally as they transition into high school.”\ 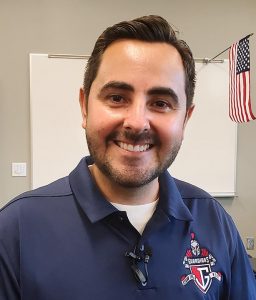 “Educators are excited, poised and prepared to return,” she said in a text message to GV Wire. “Tomorrow will be an historic day for our community and district. Educators are grateful for our new high school and look forward to welcoming our students!”

Solla, whose daughter is a member of the freshman class, said parents were told to arrive early Wednesday if their students don’t yet have a schedule. Her daughter’s schedule had been posted but then was pulled down, as was her bus route.

She had hoped to learn more at Monday’s orientation, but had to settle for an abbreviated tour and a promise of more information soon: “We didn’t really learn anything, other than not to expect much.”