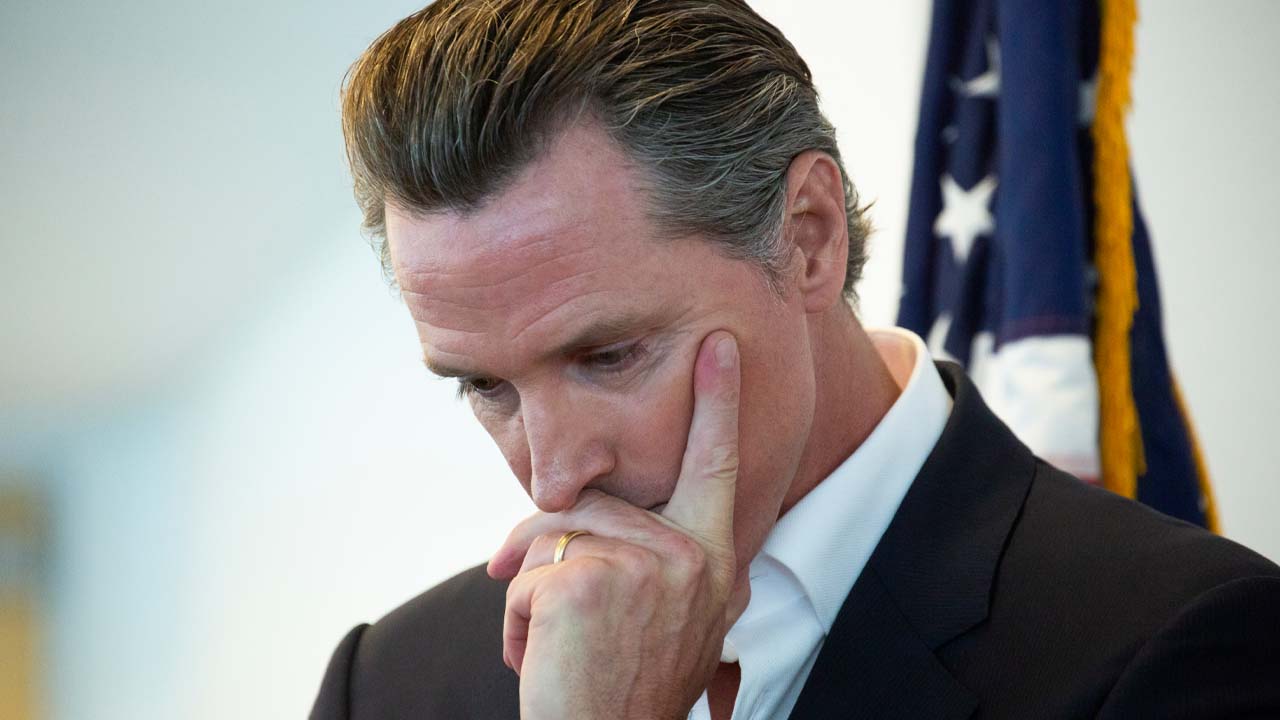 Gov. Gavin Newsom is under scrutiny for imposing a student mask mandate despite his son attending summer camp unmasked. (Shutterstock)
Share with friends

Gov. Gavin Newsom blames right-wing extremists for the drive to recall him, and there’s no doubt that they want him gone.

However, the recall would not have qualified for the ballot, nor would polling indicate that the issue is in a virtual tie (47% of likely voters in favor, 50% opposed) if only die-hard Trumpies were supportive.

The polling by UC Berkeley’s Institute of Governmental Studies indicates that a very sizeable segment of California’s voters dislike or distrust Newsom. In fact, just 50% of all voters, not just those planning to vote on the recall in September, approve of how he’s managed the state, with 42% disapproving. The latter number is nearly twice the Republican share of the registered voter pool, so it obviously includes a fair number of Democrats and no-party-preference voters.

Newsom’s popularity soared during the first months of the COVID-19 pandemic, hitting 64% approval in the Berkeley IGS poll in September of 2020, but has been slipping ever since.

The factors in that decline may be as individual as fingerprints, but there’s little doubt that Newsom’s character is one of them. Many Californians see their governor as slippery, and he continues to say and do things to bolster that image.

The best known example, of course, is his now-infamous attendance at a dinner party of lobbyists, celebrating the birthday of one, without wearing masks even though he had issued a mask-wearing order and urged Californians to avoid social gatherings.

Newsom apologized after photos of the party emerged, but his approval rating plummeted from 64% a few weeks before the November 2020 event to 46% a few weeks afterwards in the Berkeley IGS poll.

A new example of how Newsom is sometimes his own worst enemy surfaced last week.

He has ordered that when children return to public schools, they must wear masks. The order also applies to children’s camps.

However, a group opposed to the mask order acquired and circulated a photo of Newsom’s 10-year-old son posing with other kids at a summer camp. All were unmasked.

“This is in clear violation of his own mask mandates,” the group, Reopen California Schools, tweeted. “Why can his kid be maskless, but not ours?”

“The Newsoms were concerned to see unvaccinated children unmasked indoors at a camp their children began attending yesterday and after seeing this, removed the kids from the camp,” Newsom spokesperson Erin Mellon said in a statement. “The family reviewed communication from the camp and realized that an email was missed saying the camp would not enforce masking guidance. Their kids will no longer be attending this camp.”

Contradictions Give Reason to Question His Credibility and Character

That seemed to be that, but in a CBS News interview soon after, Newsom seemingly contradicted what Mellon had said, shunned responsibility and played the victimization card.

The two versions of the summer camp incident are completely incompatible, thus giving Californians another reason to question Newsom’s credibility and character.