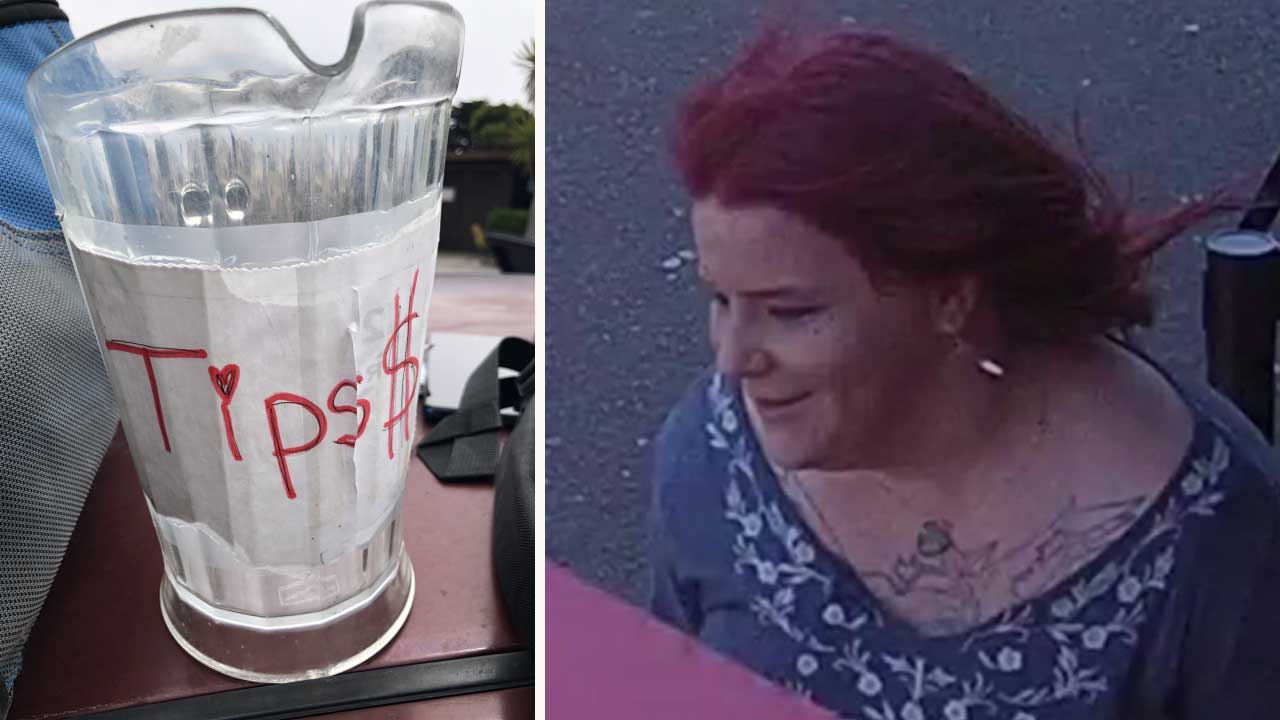 A Tulare County woman accused of stealing a tip jar from a Morro Bay seafood restaurant was arrested Saturday after video of the incident was shared on social media.

Brittany Renee Doyle, 21, is alleged to be the woman seen in the video grabbing a tip jar off the outdoor counter of Giovanni’s Fish Market on Thursday, then running from the scene. She fled in a waiting car, police said.

Footage captured on the market’s security camera was shared online Friday, along with still images of the woman and the vehicle.

According to the Morro Bay Police Department, officers received a tip on Saturday that the car shown in the post was at a restaurant in nearby San Simeon. When officers arrived at the location, Doyle fled on foot onto the beach with a male suspect, identified as Devon Louis Young, 23, the department said.

One of the fleeing suspects tried to throw drugs and paraphernalia into the ocean during the pursuit, police said.

Both were captured after a short chase and officers recovered the discarded evidence, the department said in a follow up social media post.

The tip jar from the seafood market was found inside the vehicle, officials said.

Doyle and Young were later booked into the San Luis Obispo County Jail, along with a third suspect, identified by police as Brian Moscrop, 42. Another woman with the group was not charged.

All are from Tulare County, Morrow Bay Police said.