Sequoia Brewing is claiming the right to purchase the historic Tower Theatre in Fresno. (GV Wire file)
Share with friends

Although one judge denied blocking the sale of Tower Theatre, a lawsuit over the transaction continues.

The parent company of Sequoia Brewing Company will have their day in court on Feb. 21, 2023 to show how the possible sale of the theater harmed them. The restaurant sued when the sale was announced to Adventure Church, arguing they had the first right to purchase the building it leases. Sequoia Brewing attempted to stop the sale with an injunction.

But Judge Rosemary McGuire ruled twice (the first ruling was reversed by an appeal court on technical grounds and sent back to Superior Court) against that. McGuire expunged a lis pendens notice, a document filed with the Assessor/Recorder office noting potential litigation on the property.

Lawrence Abbate, owner of the Tower Theatre, says once the lis pendens is officially removed, the sale to Adventure Church can move forward.

The potential sale has led protesters to demonstrate in front of the theater, used by the church for its services, every Sunday morning since January. Some protesters say the use of the theater for church gatherings is a violation of the area’s zoning rules; others question whether church ownership of the venue is the right fit for the neighborhood, known for its LGBT-friendly businesses.

Alex Padilla had a busy Friday, visiting the Central Valley in his first official visit as a U.S. Senator.

Padilla then traveled to the westside of the Central Valley, touring Joe Del Bosque’s melon farm, followed by a tour of the Dos Palos municipal water treatment facility — where he had his only media availability.

The senator then reportedly flew from Firebaugh to Fresno, were he toured the Friant Dam and the San Joaquin River Viaduct portion of the High-Speed Rail project.

Padilla concluded his evening with a Fresno fundraiser.

The Fresno City Council held its first hearing on redistricting with an actual public audience, albeit not much of one.

For comparison, a Fresno County in-person redistricting workshop the day before in Riverdale drew about 20 people (including five redistricting advisory board members).

One interesting thing Tilton said was a online program that anyone can draw and submit maps of the seven city council districts. They will be part of upcoming workshops for the public that would include gathering information about communities.

“We’d also show them the mapping tools. We would do tutorials, hands on for them to show them this is how you fill in a census block… when they’re doing that, there’s  data that pops up and shows what the population is, what your target population and what the total population is based on your selections. So it’s pretty cool,” Tilton said.

The city council will discuss the issue publicly at meetings on July 29 and Aug. 19. On October 16, a Saturday, the city will hold three meetings around Fresno. A final map must be approved by Dec. 15. Census data is set to arrive in August, with adjusted data for prison populations in October.

Last week, the California Citizens Redistricting Commission — the independent state groups in charge of drawing the lines for congress, assembly, state senate and the Board of Equalization — asked the state Supreme Court for more time, until Jan. 14, 2022. If the deadline is extended, it would not apply to local jurisdictions like Fresno. 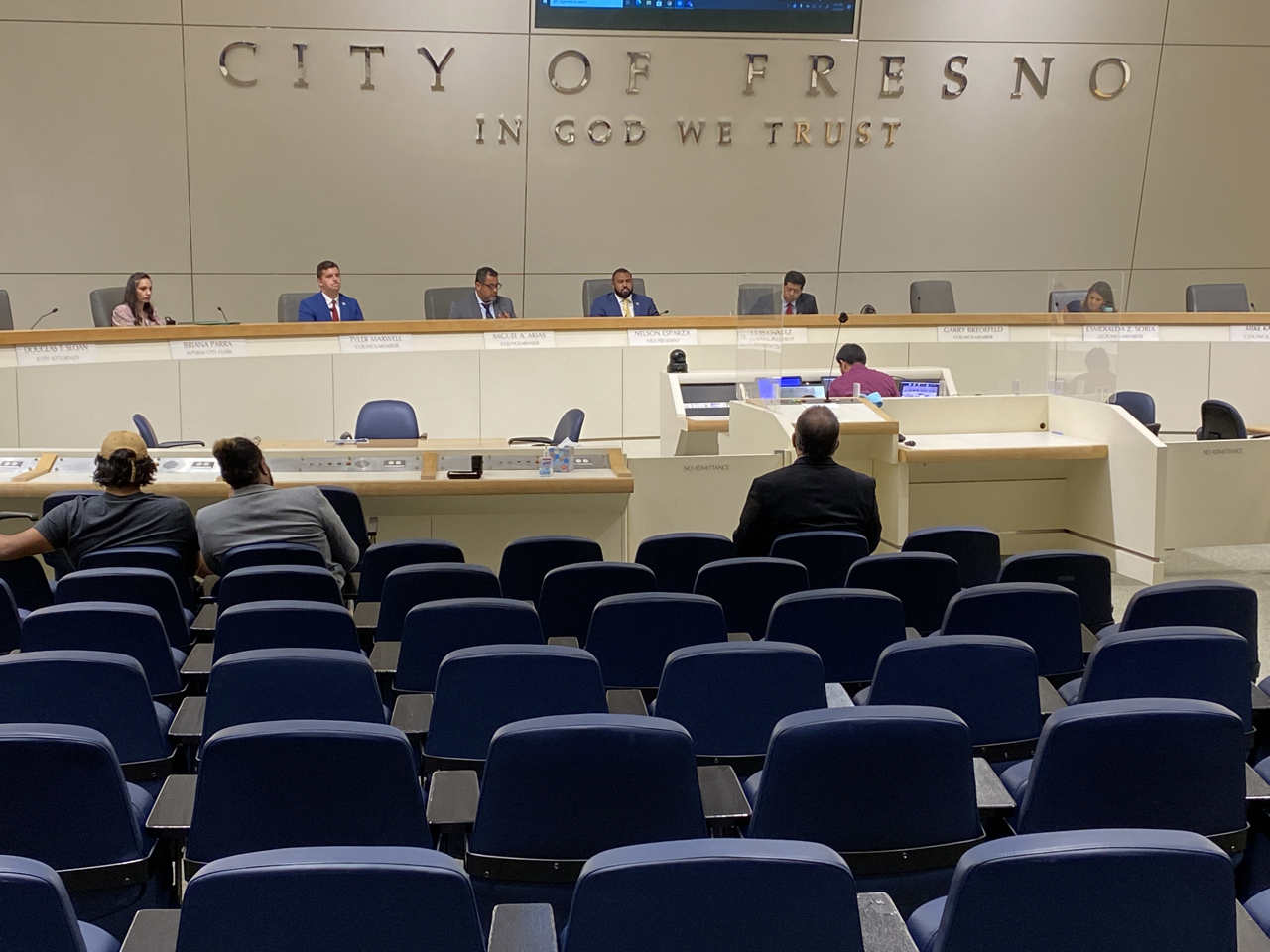 Only two members of the public, seen in the left of the front row, attended a city of Fresno redistricting meeting (GV Wire/David Taub)