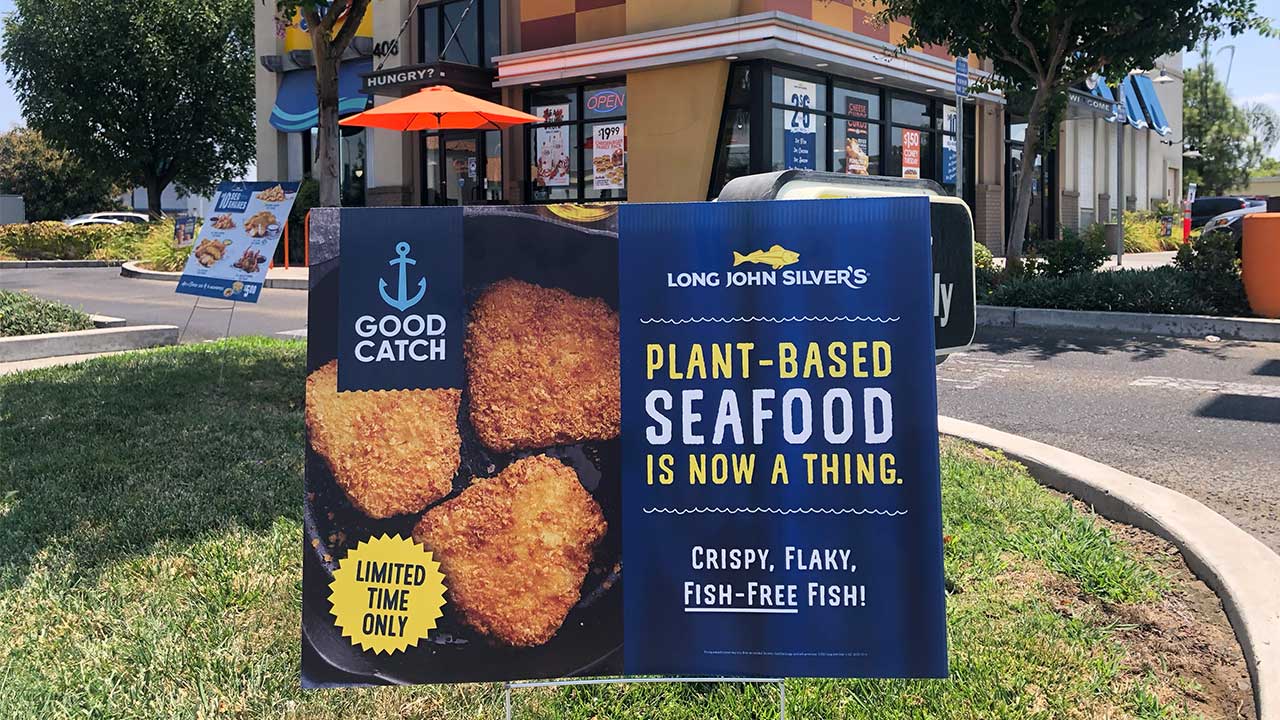 Long John Silver's in Clovis is offering plant based menu items for a limited time only. (GV Wire/Liz Juarez)
Share with friends

A Clovis Long John Silver’s restaurant is one of just five locations in the nation offering customers an opportunity to try out new plant-based seafood options from the chain’s menu.

Patricia Kreiss oversees 10 Long John Silver’s franchise locations up and down California, including restaurants in Bakersfield, Clovis and Sacramento.  The corporate office reached out to her asking if she’d be willing to offer the limited-time new menu items to her customers.

Hopes to Get The Word Out on Plant Based Options

Kreiss hopes to draw in regular customers who visit Long John Silvers on a regular basis. She said it could be difficult to attract new customers in the span of two weeks that the new items will be available. She said market tests usually run for about six weeks after introducing something new on the menu.

“We are sending notifications out through digital media and if you are part of our Long John Silver’s (mail list), where you can get coupon offers online now, they’ll have it advertised on there, but you’re not going to know until you actually pull up or walk into one of our stores to see it advertised,” said Kreiss. “So that’s where the challenge is for us.”

Customers are able to choose Fish-Free Fillets and Crab-Free Cakes, either à la carte or as part of a meal during the plant-based trial, which runs through August 1.

Kreiss said her locations will be offering free samples for customers to try. She says samples play a huge role in getting customer feedback on new menu items. 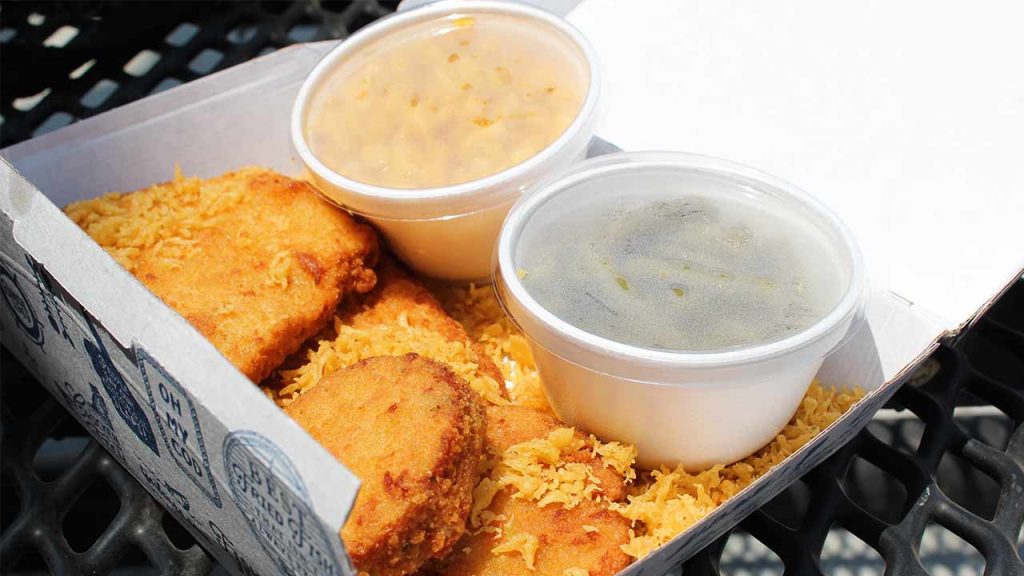 Long John Silver’s plant based fillets and “crab” cakes are available for a limited time.

“I think California in itself, we have such a diverse population with many different cultures that you have to offer things and see if that will drive people in and whether it will do well or not,” said Kreiss. “Now, it’s obvious that not everybody is plant based but 25% of Americans are and they need to have that out there, because California in itself is always on the edge of innovation and we’re offering that for the rest of the United States.”

“With the plant-based seafood sector expected to grow twelve-fold in the next ten years to $1.3 billion, there’s room for dramatic growth,” said Mei.

Long John Silver’s marketing VP Christopher Caudill, agrees. “It will help open our doors to a wider customer base who want to experience tasty seafood products in a more sustainable way,” he said.

Catch of The Day is Plant Based

Gathered Foods describes their Good Catch fish-free products as a ‘proprietary six-legume blend ‘ of peas, chickpeas, lentils, soy, fava beans and navy beans. The company says the ingredients help create the texture that best mirrors the likeness of fish and other seafood.

Though the company’s products can be found in national grocery chains like Target, Walmart, and WholeFoods, they are not yet available through other fast-food chains.

The grocery products carry a heftier price tag, with some “crab cakes”regularly priced at $10 for a box of eight.

“It’s not like you’re paying two dollars for a hamburger, you know these meals are going to range from $9 to a little over $11 for the platter and then obviously you can add it on, but it’s still $2.99 to add the vegan fillet or the vegan crab cakes,” said Kreiss. “So we want to make sure that people are trying first, right, and if they’re going to like it or not.’