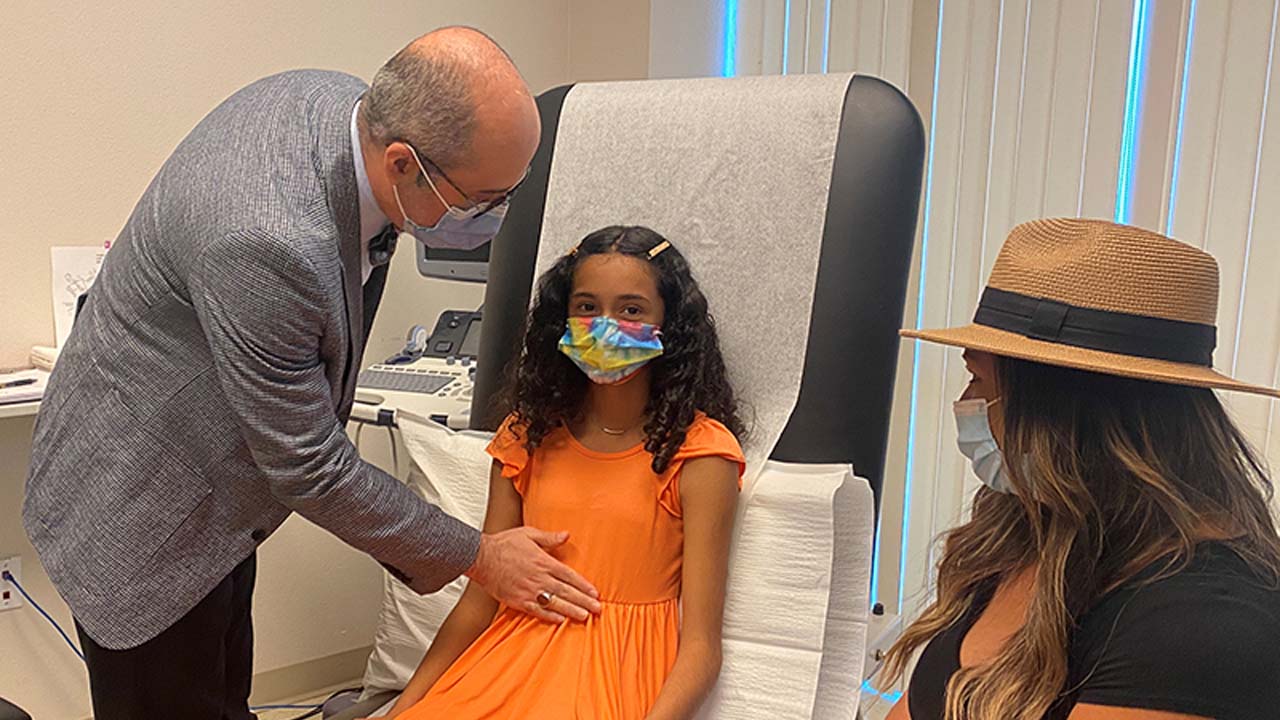 As long as she can remember, 11-year-old Jennavieve “Jenna” Garcia has had stomach pains, often after she ate. Starting in kindergarten, the school nurse frequently called Jenna’s mom because she was hurting.

Jenna’s mother took her to doctors and occasionally the emergency department looking for answers. Doctors told her mother Jessica Luna that it was nothing serious — maybe just constipation or stress. So they tried adjusting her diet.

“She was gluten free. She was lactose intolerant,” Luna recounts their 6-year search for something that would relieve the pains. “We were literally changing her diet all the time … It got to the point where she was just eating rice and oatmeal.”

The Christmas Eve night Jenna spent curled up in a fetal position on the bathroom floor prompted another ER visit near their Turlock home, and another sonogram. This time the sonographer found a mass, but a follow-up CT scan showed nothing, says Luna. They were advised to go home.

Luna woke up a few hours after the ER visit to find several missed calls from the hospital asking her to bring Jenna back.

“I had I can’t remember how many missed calls,” she says. “… Three other radiologists took a look at the CT scan and they found the mass. It had been drilled into my head (by past doctors) that there’s ‘nothing there.’ But they (the radiologists) were reading that there was something wrong with my baby and it was not just about her calling for attention or not being strong enough when stomach pains were coming on.”