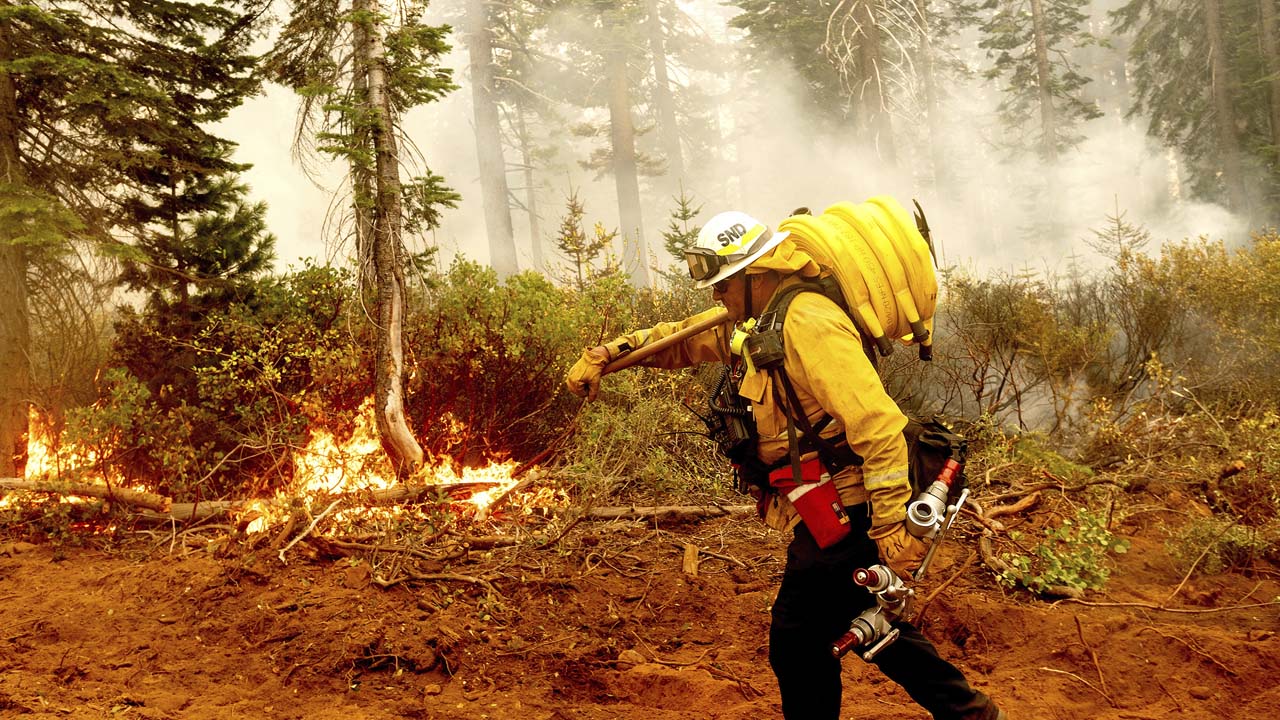 SACRAMENTO — The number of wildfires and amount of land burned in parched California so far this year greatly exceed totals for the same period in disastrous 2020.

Between Jan. 1 and July 4 there were 4,599 fires that scorched 114.8 square miles (297 square kilometers), according to the California Department of Forestry and Fire Protection.

In the same time frame last year there were 3,847 fires that blackened 48.6 square miles (126 square kilometers).

This year’s increased wildfire activity, which has damaged or destroyed 91 structures, has been driven by hot and dry conditions, Cal Fire said this week.

The entire state is in the grip of drought, much of it classified as extreme or exceptional. After a dry winter and early heat waves, the landscape is covered in extremely dry vegetation.

Two of the three large wildfires burning for more than a week in the state’s far north were more than 70% contained Wednesday while the stubborn Salt Fire north of Redding was 25% surrounded. A big fire in northern Los Angeles County was 88% contained.