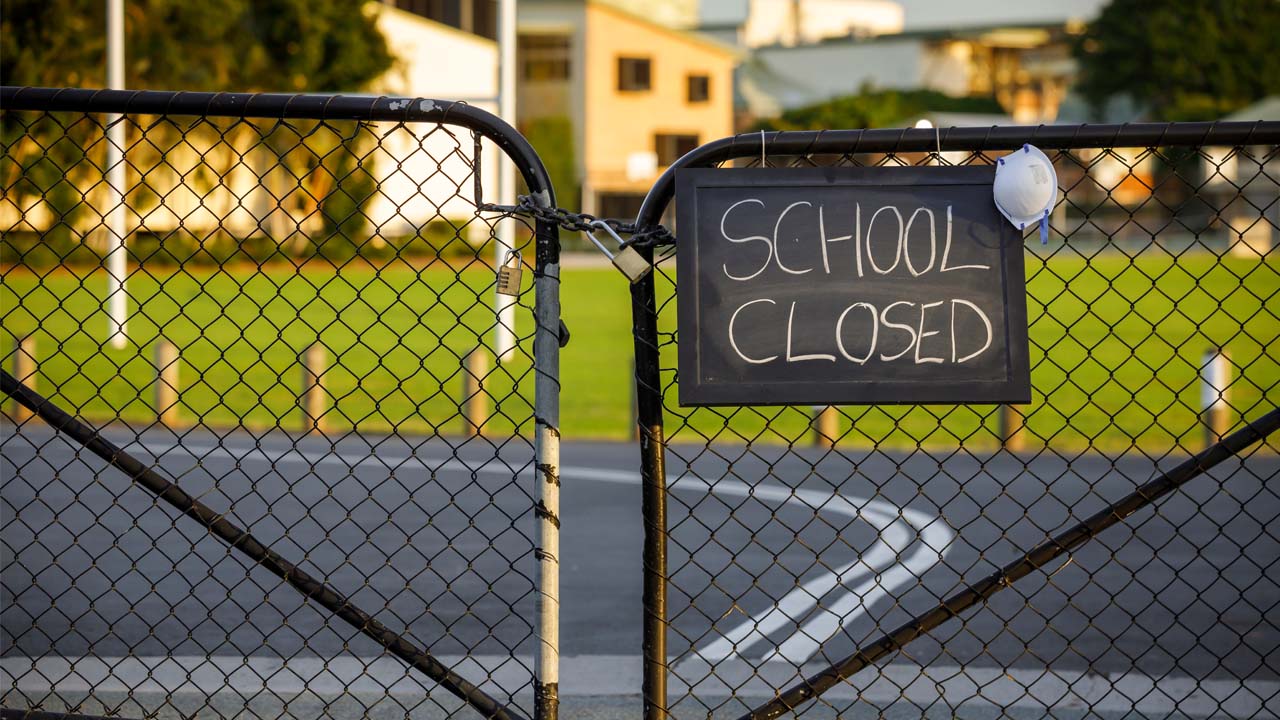 If America needs a 1/6 Commission, then California certainly must have a 3/13 Commission.

When an irreplaceable foundation of our free society is threatened, an independent body must investigate so that there’s accountability for those responsible, and the attack doesn’t happen again. That’s why the January 6, 2021 sacking of the U.S. Capitol — an assault on the nation’s electoral democracy — merits a commission. It’s also why the ongoing California cataclysm that began on March 13, 2020 — effectively an attack on the state’s children and their future — needs its own commission.

On that fateful day, California, facing a new pandemic, shut down the foundation of its economy, its culture, and its civic life — our schools. The state-mandated the closure abruptly, with little notice, debate, or planning, and in defiance of California’s constitutional guarantee of education for its children.

Fifteen months later, the schools are still not fully open, with more than half of students still remote, and thousands having disappeared from education altogether. And California has yet to determine the damage this ongoing catastrophe is doing to kids, families, teachers, schools, and the future of the state itself — much less repair that damage.

All of that is awful, but the worst may be in front of us. The decision to shut the schools on 3/13, and to keep them shut, has never been fully explained, or credibly justified by any legal or health standard. We’re left with a frightening precedent going forward. If we don’t establish a clear and understandable rule for when schools must be open and when they can close, what is to prevent state or local officials from shutting them down indefinitely in future emergencies, or even at their whim? If we don’t figure out how to better protect our schools in this century of apocalypse, how will we ever be able to guarantee California’s children the education to which they are entitled?

This is why we need a 3/13 Commission to investigate and produce a report that all Californians can trust.

We need a clear set of facts and a blow-by-blow accounting of behind-the-scenes decision-making about our all aspects of our schools over the last 15 months. Was closing schools really necessary back on 3/13? Why were schools caught so flat-footed — were there systemic failures in planning for such an emergency? And were there moments when schools could have been safely reopened under scientific and health guidelines—as some pediatricians and infectious disease experts argued — but weren’t? If schools were so unsafe for students, why were many schools still open for paid daycare and movie shoots?

Then there are the questions about leadership, and the ongoing confusion about who can close and open schools. Why did Gov. Gavin Newsom repeatedly suggest that he would use enormous emergency powers to open schools — and then why did he keep failing to take that action? Which people, levels of government, and institutions were really making decisions? What disagreements did health and education officials have? What decisions were mistakes? And which mistakes were the product of the confusion of a novel coronavirus, and which were the result of raw politics, donations to the favored charities of the powerful, or even deceit and fraud? 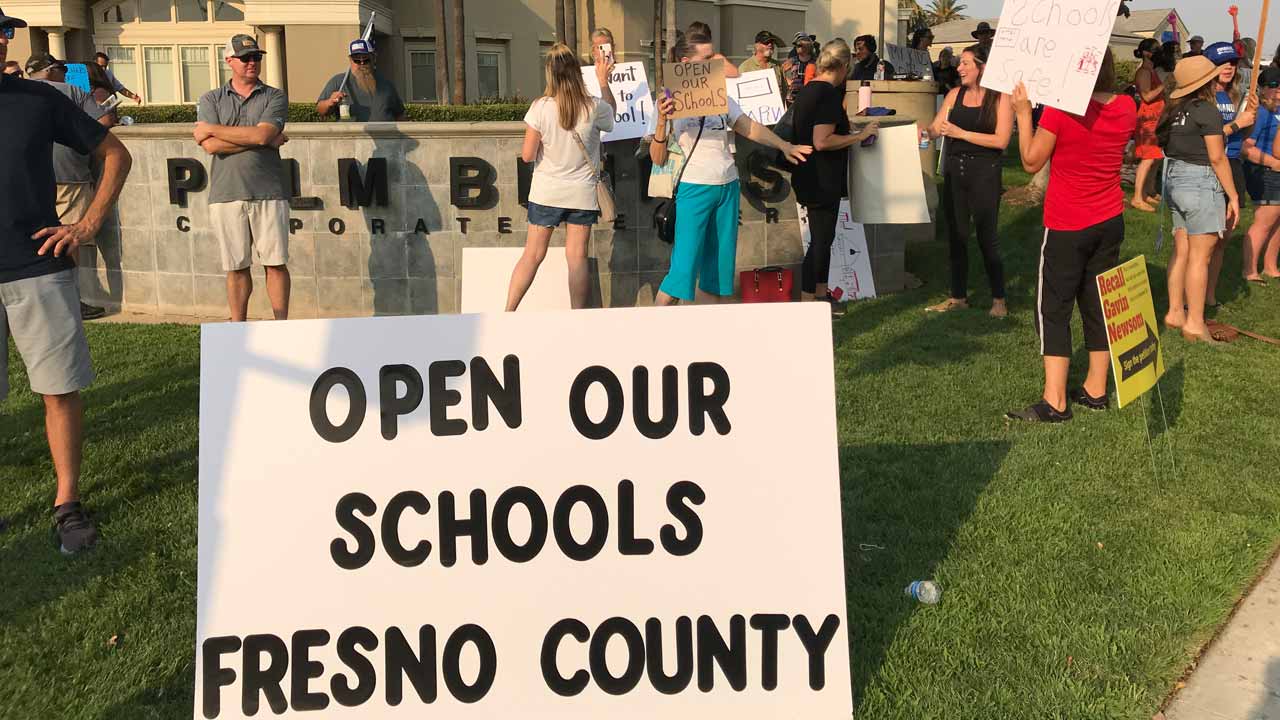 A 3/13 Commission Must Have Real Authority

To answer these questions and hold officials and institutions accountable, the 3/13 Commission must have real authority. This includes the power to compel testimony of anyone and subpoena records — from schools, from different levels of government, and from companies and unions that are part of this story. There are white-hot debates about school closures and reopenings, especially between teachers and parents. The commission must dig deep and evaluate those claims and counter-claims.

The commission also should have the power to assess California students — so it can determine just how much children have lost academically, socially, and emotionally as a result of closures and reduced instruction time. This power is necessary because school districts and the state have canceled or delayed assessments — effectively covering up the human costs of their school closing.

Even before the pandemic, California’s public schools were being closed more often, costing more children instruction time. CalMatters found that in 2018-29, schools were shut in record numbers because of disasters, emergencies, maintenance crises, or shooting or bomb threats.

Of course, answering these questions about the present and recent past should be only half of the commission’s work. The second, more important half is to look forward. What specific lessons can we take from the failures of education during the pandemic, and how do we apply them for the future? How should we make up the instructional days and hours lost to COVID — or future emergencies that necessitate closures?

And then there’s the biggest question of all. What steps must California take to make sure its students never experience prolonged closures again? This could involve significant changes to school buildings and transportation, to make them safer and more resilient. It also could mean changes in school funding to give districts more flexibility, and in labor and educational law to require kids and teachers to be in school during emergencies.

And it means setting clear standards and metrics for when the state or local districts can close schools.

Think this is too much? You’re wrong.

Even before the pandemic, California’s public schools were being closed more often, costing more children instruction time. CalMatters found that in 2018-29, schools were shut in record numbers because of disasters, emergencies, maintenance crises, or shooting or bomb threats.

And, since 3/13, we’ve seen how easy it is to close schools, and how hard it is to reopen them. We’ve also learned what happens to schools when a big emergency hits and it’s unclear what the rules are, or who is in charge: The most powerful people in education and politics get what they want. And children and families are left to scramble, and bear the burdens and costs. The schools most likely to stay closed in the pandemic have been those in places with more poverty.

Despite the urgency of these questions, it will be hard to get the governor, facing a recall, to support such a commission. But Newsom wants to retain his emergency powers even as the pandemic eases. That’s leverage for the Legislature, which should demand a powerful 3/13 Commission as a condition of keeping the governor in the driver’s seat. If the Legislature won’t act, Californians who support education, and care about the future, should create a 3/13 Commission via ballot initiative.

Related Topics:school closures
Up Next