From summer camp in the mountain to arts and crafts at neighborhood parks and Boys and Girls Clubs to swim lessons in city pools, kids in Fresno have a lot of options this summer — and many of them are free.

It’s a marked contrast from last year, when pretty much everything was shut down because of the pandemic.

Want to learn how to swim? The city of Fresno has swim lessons, although this year kids will need to bring a parent along. Want to learn how to write a resume, or apply for a job? The Boys & Girls Clubs of Fresno County can help older teens with that. Ready to learn campfire songs and how to make s’mores? Camp Fresno is just up the hill at Dinkey Creek.

All those activities will not only keep kids entertained and occupied, but also keep them safe and out of trouble, said Lt. Rob Beckwith, spokesman for the Fresno Police Department.

“Studies have shown that extra-curricular activities such as sports result in youth being less likely to be involved in delinquent behavior,” he said. “The Fresno Police Department values youth engagement at a high level and will continue to support youth outreach through programs such as Camp Fresno and the Police Activities League.”

The Boys & Girls Clubs of Fresno County are expanding their hours this summer to provide more hours in the afternoon and early evening for recreation, giving teens an alternative to parks where they could interact with gangs, chief operating officer Kristin Rojas Saldivar said.

The clubs, which were closed last summer because of the pandemic but started reopening in October, aren’t up to full capacity because the staff isn’t back at full strength yet, she said. Without enough staffers to supervise, the number of children attending summer program has to be limited.

In a normal year, the clubs could serve on average 820 children a day, but this summer the clubs are averaging 350 daily, Rojas Saldivar said.

Because the pandemic is not yet over, the clubs are requiring kids and staff follow rules such as grouping kids in cohorts, conducting temperature checks and requiring face masks, and reminding youngsters to wash their hands when they arrive, before and after lunch, after using the bathroom, and before they head out the door at the end of the day.

Although some clubs have waitlists, Rojas Saldivar said parents should sign up their children anyway because slots do open up. A child who misses three consecutive days is disenrolled, opening a place for another child, she said.

This summer’s highlights at the clubs will include the Granville Grand Slam Summer Reading Challenge, Rojas Saldivar said.

The top 10 readers from all 15 clubs will get a VIP experience at a Fresno Grizzlies game on Aug. 28, including dinner, the baseball game, a meet-and-greet with team mascot Parker, a gift bag, and more.

Meanwhile, parks across Fresno and the city’s Camp Fresno in the Sierra are hopping with activities, said recreation manager Rich Rodriguez. The One Fresno Foundation that Mayor Jerry Dyer kicked off earlier this month is covering camp fee costs, he said.

Kids will be able to go on day and overnight trips to Camp Fresno, southeast of Shaver Lake next to Dinkey Creek, Rodriguez said. The camps are open to children and teens ages eight through 17. Parents can find an interest form online at fresno.gov\campfresno.

“The goal of setting up a thousand kids over the course of the summer, that’s really something that we’re excited about,” he said. “It’s going to be all summer long.”

The city provides camping gear and apparel for families that can’t afford them, Rodriguez said.

“Sometimes it’s a hindrance for going up to the mountains. And we want to make sure that kids are exposed to nature in a positive way and they’re not feeling left out in any way,” he said. 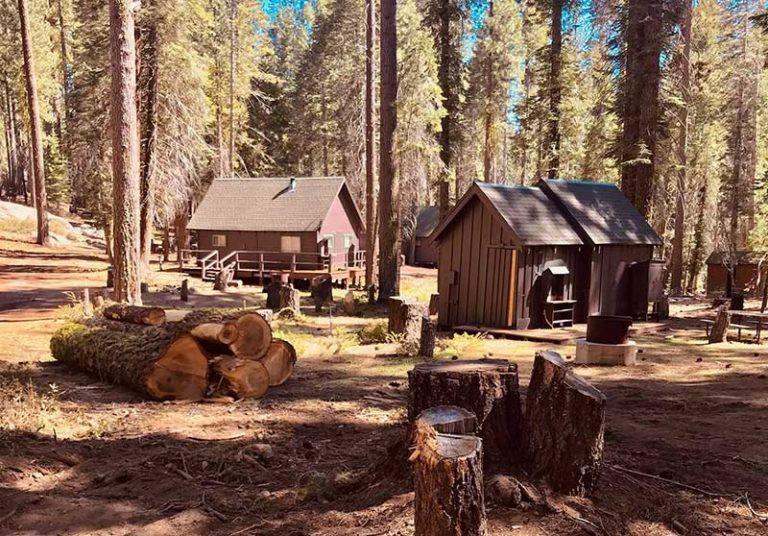 Kids Have Choices at Parks, Pools

Kids at Camp Fresno won’t be the only ones having fun, Rodriguez said. Area parks will offer a range of activities, some free and others with a fee, for children and teens throughout the summer. At Woodward Park, the city is hosting action sports like BMX biking and skateboarding.

On July 6, the city plans to reopen recreation centers for drop-in recreation, although contact sports like basketball will still need to be played outdoors, he said.

Swimming pools opened June 15 and are open seven days a week from 1 to 5 p.m., and two Fresno Unified pools at Roosevelt and Edison high schools opened on Saturday, Rodriguez said. Other high school pools may be added later as staff becomes available, he said.

Swimming classes are a little different this year because of COVID-19 restrictions. Each swimmer will need to be accompanied by a parent who will help teach the child in the water, assisting in the lessons while the instructor stays on the deck, he said.

“What we’re hearing right now is that they really never knew that they could do this, that they could teach their children how to swim. And so we’ve really hit on a model that I think is going to be sustainable even after the pandemic,” he said.

Like Camp Fresno, the swim lessons are free, Rodriguez said.

Related Topics:Boys and Girls Clubs of Fresno CountyCamp Fresno
Up Next