Clovis Man is 'Making It' on National TV After Baseball Career 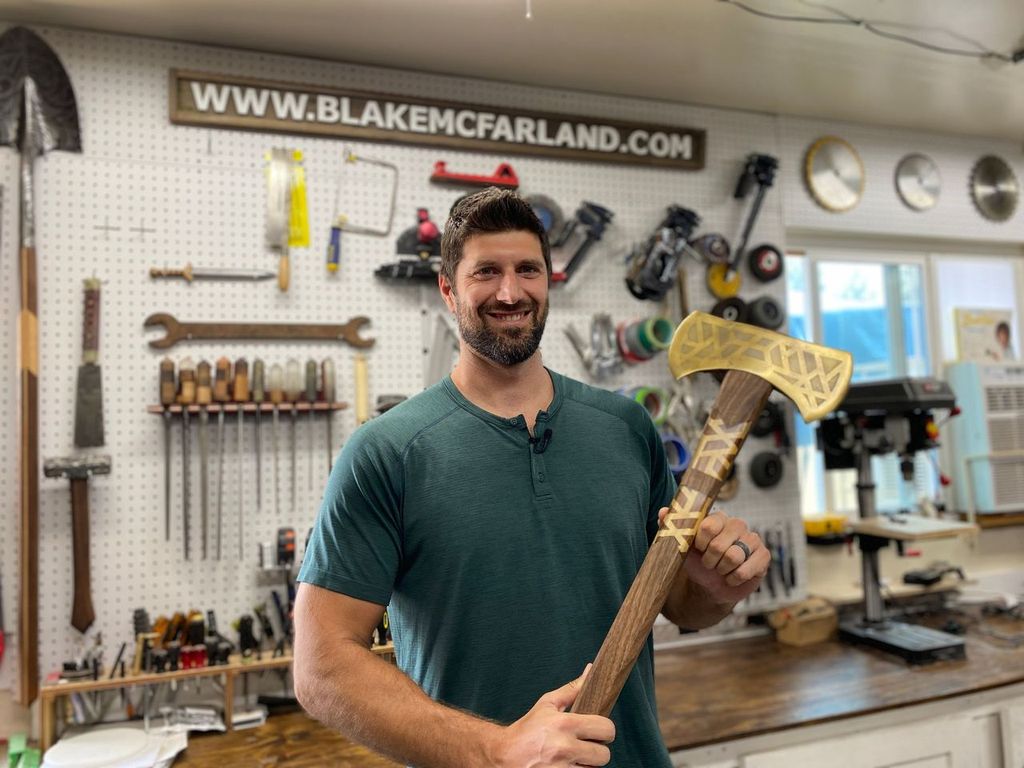 Blake McFarland traded his artistry on the pitching mound for artistry in his Clovis workshop.

Now, the former professional baseball player will be featured on NBC’s “Making It.” The do-it-yourself competition craft show — hosted by Amy Poehler and Nick Offerman — airs its season premiere at 8 p.m. on Thursday on KSEE-24.

After his retirement, McFarland settled in Clovis and focused on his sculptures. His works can be found at several sports arenas, including “Buckley” at Fiserv Forum in Milwaukee.

“That’s probably one of my favorite sculptures because it’s the first time I ever worked with basketball leather and then just the scale of it. This is like a six foot tall, ten foot long, massive buck in the arena. And I was really excited about that one,” McFarland said. 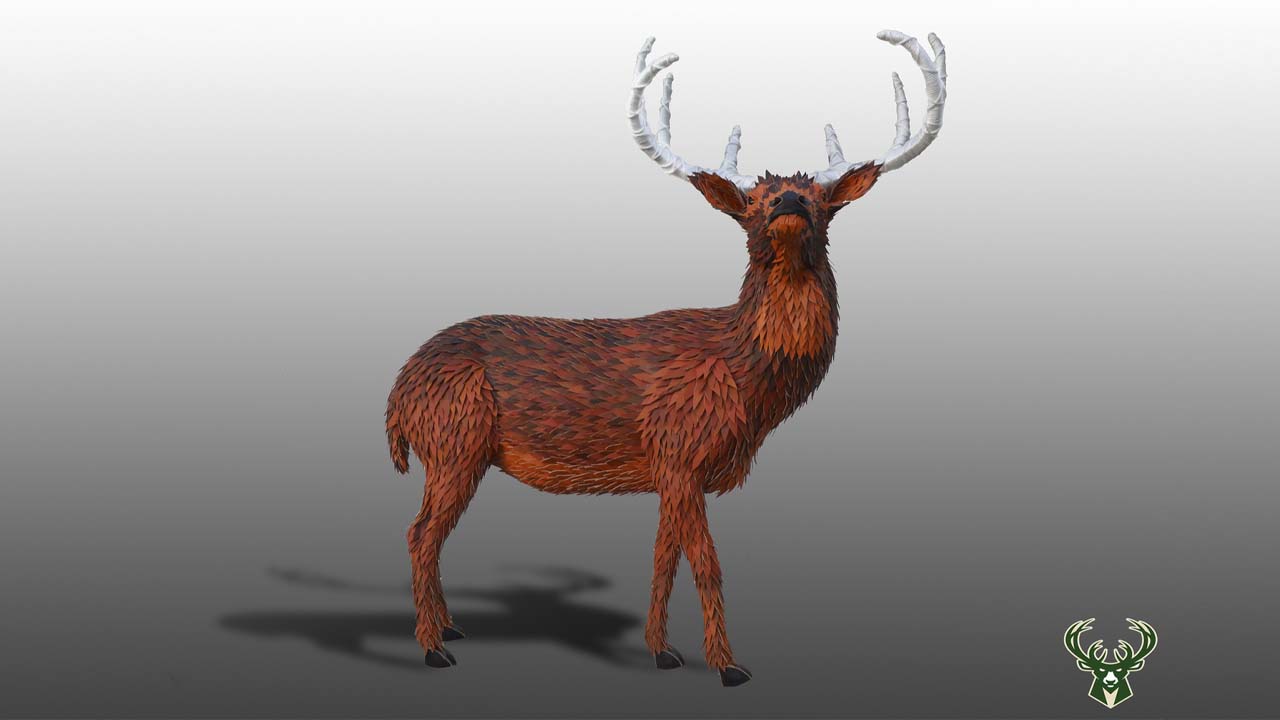 Filming in a Pandemic

Filming for “Making It” took place last October. Because of pandemic restrictions, the contestants — including McFarland — were restricted to a hotel at Universal Studios.

“It was very difficult. We were basically stuck in our hotel rooms and honestly, that wasn’t too bad because we were literally filming the entire day. Every single day. I thought we would get some downtime, but there was literally no downtime,” McFarland said.

The show provided all the supplies he needed.

McFarland said the show reached out to him to participate.

“I watched both seasons. I binged it. And then probably a week later I got a random message on Instagram from a producer saying, hey, you should apply to the show. And I’m like, no way. I literally just watched both seasons. It was just like something crazy, like they must have known I was watching the show and they just reached out to me,” McFarland said.

It took about six months of interviews and auditions.

During filming, cast and crew tested daily for COVID and wore masks on the set — unless they filmed scenes.

He enjoyed interacting with the celebrity hosts, Poehler and Offerman.

“You get that star struck (feeling). You don’t know how they’re going to be. I see these people in these all these movies and films, how are they actually going to be? And they are awesome. They are better than than I thought they could be,” McFarland said.

McFarland could not reveal the results. The winner of the elimination show wins $100,000. 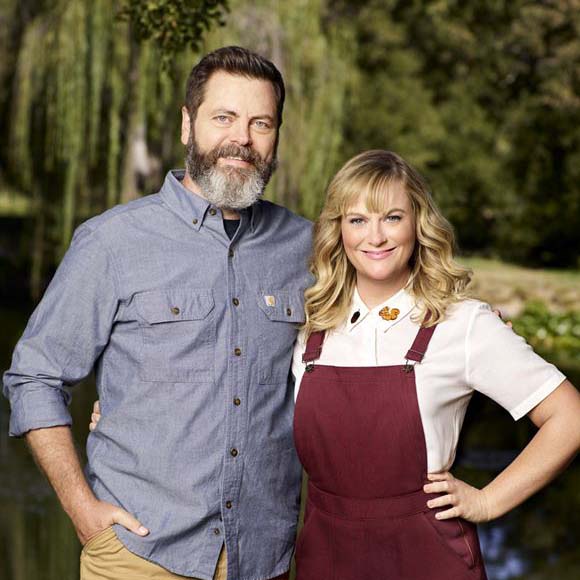 McFarland remembers a painting of a koi fish hanging at his parents’ house growing up, knowing he could do better.

“I went out and I bought my first set of paints, an acrylic paint set, and I just started painting. And I paint this, like, Hawaiian ocean scene. One of my parents’ friends actually came over and liked it enough that she actually ended up buying it,” McFarland said.

Playing professional baseball led to plenty of time to hone his craft.

“The cool thing about baseball is I had six months of baseball and I had a six-month offseason. So for all my offseasons, I would actually paint and sell paintings. And then probably two years into my professional baseball career, I realized I wasn’t a good enough painter to make a full time living off this. So I need to kind of go outside the box. And that’s kind of where the sculptures started to happen,” McFarland said.

His baseball teammates dubbed him “The Tire Man.”

McFarland concentrates on sculptures made of recycled materials, like tire treads. He has plenty stacked up in his backyard.

“I use their treads to do different kind of muscle forms and fur,” McFarland said.

He would love to create a piece of public art in the future.

“I love public art installations. That’s actually an avenue that I want to get into. I know of getting into it one way by doing a bunch of different submissions, and I haven’t had success yet. But that is something I definitely want to do. I think it’s a great opportunity for artists and helps out not only the city, but the artist as well,” McFarland said.

McFarland grew up in San Jose, pitching for San Jose State. He signed as an undrafted free agent by the Blue Jays, making it as high as Triple-A.

His only connection to Fresno was as an opponent to Fresno State during his college career.

McFarland says he moved to Clovis to allow his wife to pursue her professional dreams. She is studying to become a doctor with her residency at Community Medical Regional Center.

“It’s a place we’ve always had on our radar… My best friend’s brother actually lives right down the street. So he had a connection. He said great things about the area. And we just thought it was a great place to raise our our family and start fresh,” McFarland said.