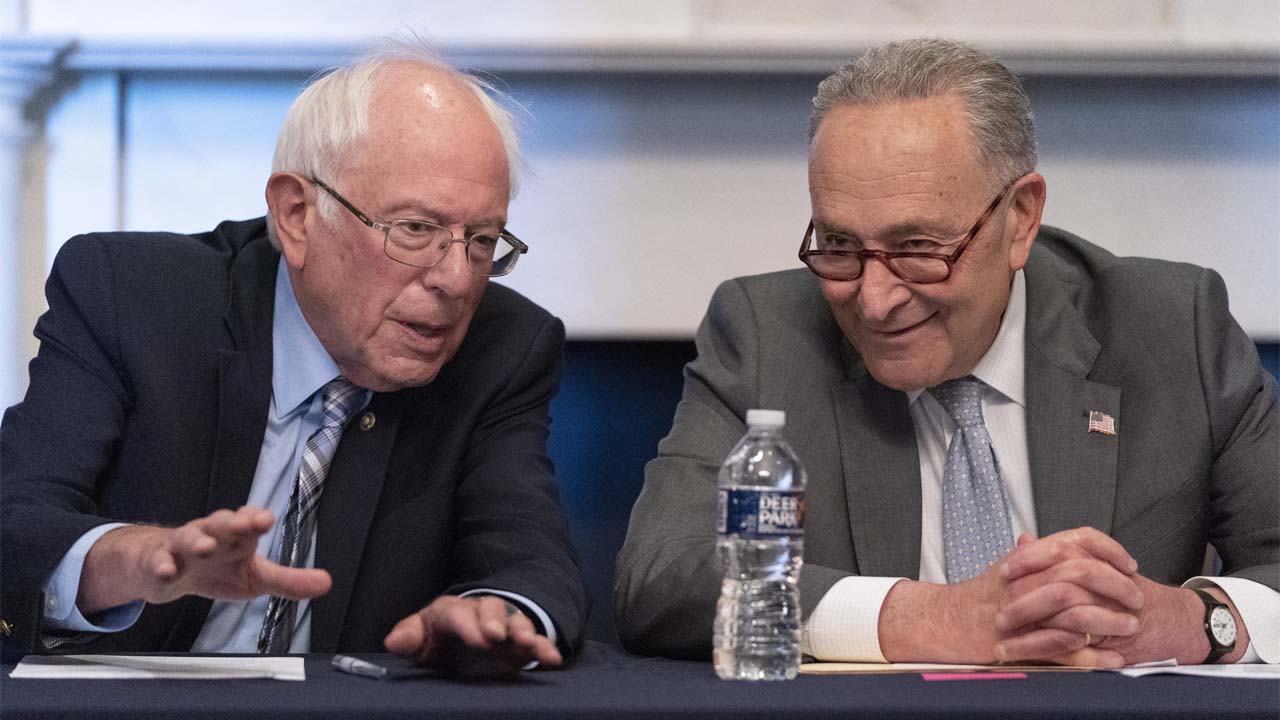 WASHINGTON — Democrats are eyeing a $6 trillion infrastructure investment plan that goes far beyond roads and bridges to include core party priorities, from lowering the Medicare eligibility age to 60 and adding dental, vision and hearing benefits to incorporating a long-running effort to provide legal status for certain immigrants, including “Dreamers.”

The Senate is preparing a draft budget document, alongside one in the House, that puts a new focus on President Joe Biden’s big legislative proposal and shows the scope of what Democrats would hope to accomplish with a go-it-alone approach, separate from any possible bipartisan deal.

Back from his overseas trip, Biden is reengaging with Congress as the administration and its allies on Capitol Hill embark on a two-pronged strategy: reviewing a nearly $1 trillion plan from a group of 21 senators, including 11 Republicans, while pursuing their own priorities in a more substantial package.

Taxes on Wealthy Individuals and Companies to Pay for Budget

Half of the total in the $6 trillion plan is expected to be paid for, largely with Biden’s proposed taxes on corporations and those earning more than $400,000. Details emerging Thursday were confirmed by aides who were not authorized to publicly discuss private deliberations and spoke on condition of anonymity. Initial Senate votes are expected in July.

“We have an enormous amount of work in front of us,” Sen. Bernie Sanders, chairman of the Senate Budget Committee, said after making a closed-door presentation to colleagues late Wednesday.

Sanders, I-Vt., would not disclose details. He indicated that the size and scope is needed to “address the crisis facing working families, to rebuild our crumbling infrastructure, to deal with climate change, to deal with the needs of children and parents to deal with the affordable housing crisis.”

The goal, he said, is also to ensure that the wealthiest people and the largest companies “start paying their fair share of taxes.”

Biden is hoping for a deal with Republicans who are resisting his big ideas and trimming the potential spending, but he also is trying to assure Democrats that he will not leave behind their main priorities. The strategy is for Democrats to go as far they can with Republicans and then tackle the rest on their own — and those are serious political and legislative challenges.

On Thursday, Biden was expected to be reviewing the latest bipartisan offering, a nearly $1 trillion proposal from the group of 21 senators. That 11 are Republicans shows the potential for an agreement in the evenly split Senate that could theoretically reach the 60-vote threshold needed to advance bills.

Scaled back from Biden’s initial ideas, the bipartisan proposal offers about $579 billion in new spending, including $110 billion on roads and highways, $66 billion on passenger and freight rail and $48 billion on public transit, according a Republican who requested anonymity to discuss it. An additional $47 billion would go toward efforts to fight climate change and there is money for electric vehicle charging stations.

The senators’ group suggests tapping $120 billion in unspent COVID-19 relief money and $315 billion from the Paycheck Protection Program, created to help businesses pay workers during the coronavirus lockdowns. The senators also want to go after tax dodgers by bolstering the IRS.

One source of contention among these senators is over raising gas taxes by linking future increases to inflation. It’s an idea that many other Democrats oppose and goes against Biden’s pledge not to tax Americans earning less than $400,000. The bipartisan group is also considering a fee on electric vehicle users.

For his plan, Biden has proposed raising taxes on corporations, from 21% to 28%, to fund the jobs plan, and increasing taxes on wealthy Americans earning more than $400,000 — moves that Republicans flatly oppose.

House Speaker Nancy Pelosi, D-Calif., made it clear Thursday there will almost certainly be a second bill from Democrats, regardless of whether a bipartisan deal is reached. She panned the effort to increase the tax consumers that pay at the gas pump.

“I don’t think the American people, America’s working families should be footing the bill for roads and bridges and the rest that America’s wealthiest people and businesses are using,” she said.

Biden has proposed a historic investment in public works that also would shore up what the White House calls the human infrastructure of everyday life: child care centers, veterans hospitals, community colleges and elder care.

Together, the $1.7 trillion American Jobs Plan and the $1.8 trillion American Families Plan make up a wish-list of Democratic priorities that most Republicans say are investments that go far beyond what they are comfortable spending.

The draft emerging from Sanders’ committee goes further and would expand Medicare by lowering the eligibility age from 65 to 60, and offer added benefits such as hearing aids and dental care for seniors, which are among his longtime priorities. Democrats would help pay for the plan with a prescription drug pricing overhaul.

They also expect to raise revenue by allowing some immigrants to apply for a path to legal status and citizenship.

Young immigrants, including “Dreamers” living in the country illegally who were brought here as children, and others with temporary protected status are among those potentially included. Some are pushing to include immigrants who are essential workers.

“I am optimistic,” said Sen. Alex Padilla, D-Calif, who was among a of Latino senators who were discussing the issues Thursday.

The administration dispatched top White House advisers for back-to-back meetings on Capitol Hill while the president was in England and Europe. Officials met Tuesday with House Democrats and late Wednesday with the Democratic senators in the bipartisan group.

The bipartisan group negotiating with the White House includes some of the most watched members of the Senate, and some who are known for reaching out to the other side or bucking their party to make a deal.