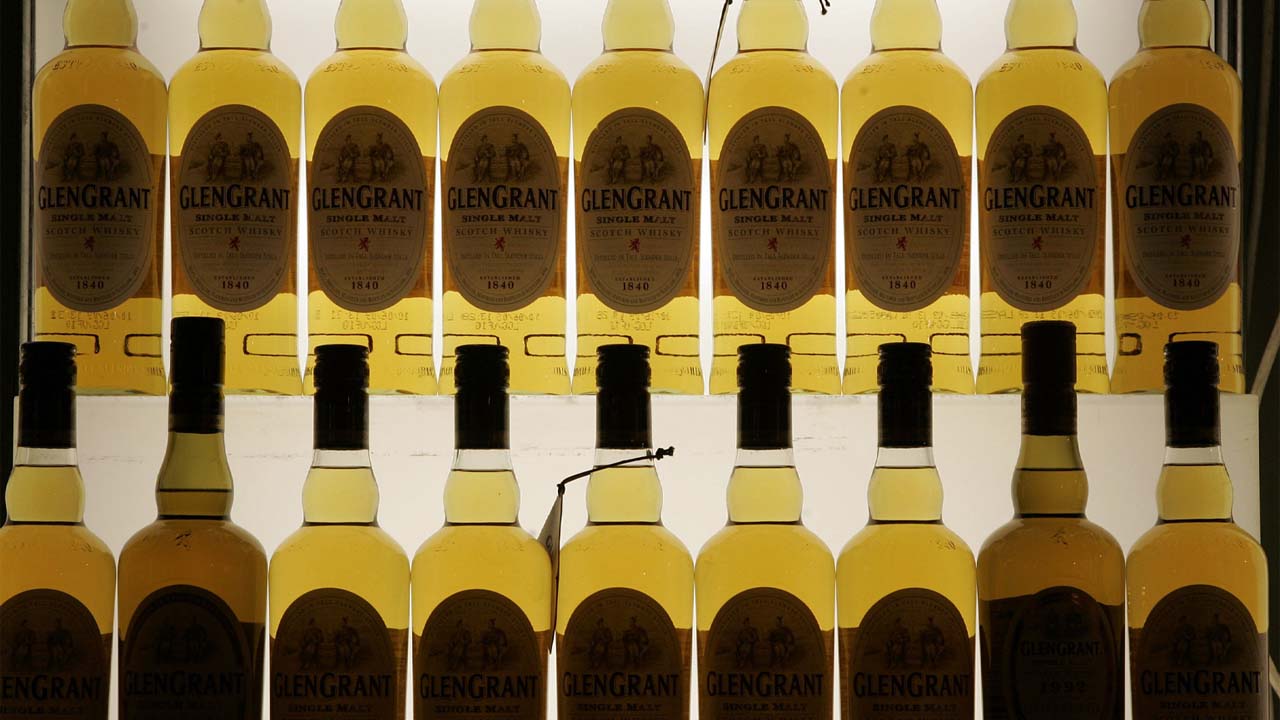 LONDON — Scotch single malt whisky makers breathed a sigh of relief Thursday after the United States agreed to suspend tariffs on one of Scotland’s main exports following the resolution of a long-standing trade row between the U.S. and the EU over subsidies to aircraft companies Boeing and Airbus.

President Donald Trump imposed the 25% tariffs in October 2019 as part of the trade dispute over aerospace subsidies. While the U.K. no longer is an EU member, it belonged to the bloc when the tariffs were introduced.

US and EU Reach Agreement for 5-Year Suspension of Tarriffs

Earlier this week, the U.S. and the EU reached an agreement to end their dispute, paving the way for a 5-year suspension of tariffs both sides had put on an array of products, including olive oil and cheese, as well as whisky.

The Scotch Whisky Association estimated that the tariffs contributed to a 30% fall in total exports to the U.S., equivalent to around 600 million pounds ($850 million) in the 18 months to March 2021.

“This deal removes the threat of tariffs being re-imposed on Scotch whisky next month and enables distillers to focus on recovering exports to our largest and most valuable export market,” Karen Betts, the association’s chief executive, said.

A thaw in U.S.-EU relations had been widely expected following the election of President Joe Biden, who made clear his intention to improve ties. In March, both sides agreed to temporarily halt the tariffs linked to the Airbus-Boeing dispute in a bid to negotiate a solution.

“Today’s deal draws a line under an incredibly damaging issue and means we can focus on taking our trading relationship with the U.S. to the next level, including working more closely to challenge unfair practices by nations like China and using the power of free trade to build back better from the pandemic,” Truss said.

Tai said the agreement, in which both sides also agreed to form a working group on the civil aviation industry and to co-operate against “non-market practices of third countries” can be built upon to “ensure fair competition and address common challenges from China and other non-market economies.”

Following the U.K.’s departure from the EU’s economic orbit at the start of this year, it is free to negotiate trade deals with whichever countries it wants. Earlier this week, the British government negotiated the broad outlines of a free trade deal with Australia that will see tariffs on a wide range of goods eliminated over coming years.

Ivan Menezes, the chief executive of drinks giant Diageo, said the elimination of tariffs on Scotch whisky and other recent developments illustrate the benefits that can accrue from Brexit.

“With the end of this dispute, a new free trade agreement with Australia that removes remaining tariffs on U.K. spirits and the opening of trade talks with India, the largest whisky market in the world, the U.K.’s newly independent trade policy is now bringing major benefits for Scotch and Scotland,” said Menezes, whose company’s stable of single malt whiskies includes Talisker and Laphroaig.

The Scottish National Party, which runs the devolved administration in Scotland, urged more support from the British government to help businesses that suffered.

“Whilst this announcement is very welcome after months of cross-party campaigning, the losses to Scotch whisky exports have been eye-watering, and it will take time for the industry to get back on its feet,” lawmaker David Linden said.

Under Thursday’s agreement, the U.K. will suspend for five years the 25% tariffs on U.S. rum, brandy and vodka. American whiskeys though will continue to face a 25% tariff in the U.K. imposed in connection with the steel and aluminum dispute between the EU and the U.S.

The Distilled Spirits Council of the United States welcomed Thursday’s deal and hoped that a resolution can soon be found to lift the tariffs on American whiskeys, which it said have contributed to a 53% decline in exports to the U.K.

“We hope this positive momentum will also lead to the prompt and permanent removal of the EU and UK’s tariffs on American Whiskeys,” the group’s CEO Chris Swonger said.

His counterpart in the Scotch Whisky Association, Karen Betts, said she hoped these “can also be resolved quickly.”