US Home Construction up a Moderate 3.6% in May 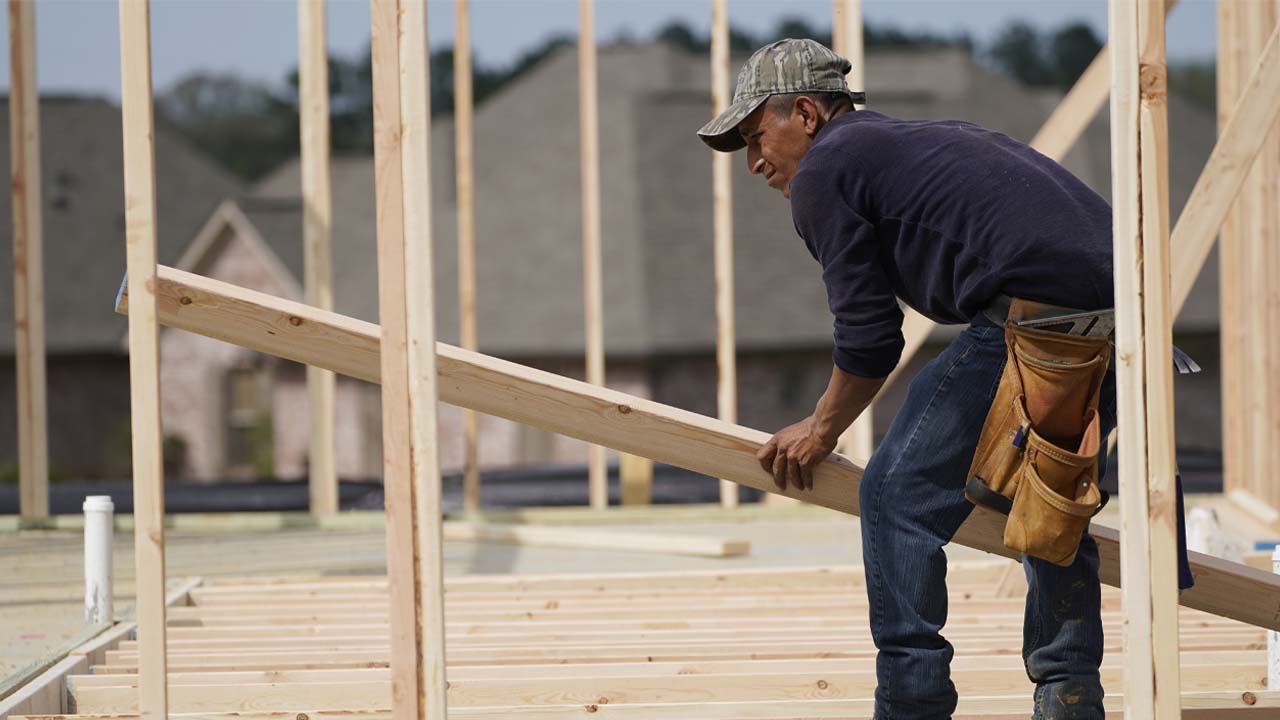 WASHINGTON — U.S. home construction rose 3.6% in May as builders battled a surge in lumber prices that have made homes more expensive.

The May increase left construction at a seasonally adjusted annual rate of 1.57 million units, the Commerce Department reported Wednesday.

Applications for building permits, looked to for indications of activity ahead, fell 3% in May to a seasonally adjusted annual rate of 1.68 million units.

Housing has been one of the standout performers during the pandemic-triggered recession.

But many economists believe that the surge in home building and sales over the past year may begin to slow, especially for single-family homes.

“We expect starts to mostly move sideways over the balance of 2021,” said Nancy Vanden Houten, lead economist for Oxford Economics. “Strong demand, a need for inventory and homebuilder optimism will keep a floor under activity, but builders continue to face supply constraints that may hamper or at least postpone construction.”

Lumber Prices Starting to Come Down

Builders are getting one break. Lumber prices, which surged to record levels this year, have started to come down, suggesting that a speculative bubble that had developed in lumber prices is beginning to deflate.

Rising material prices and supply chain shortages were blamed for a drop in builder confidence this month The National Association of Home Builders/Wells Fargo survey reported this week that builder confidence had declined two points to 81 in June, still a high level.

Building activity has been on a rollercoaster this year. The 3.6% overall gain in construction starts in May followed a 12.1% plunge in April, which followed a 19.2% surge in March that pushed housing starts to an annual rate of 1.73 million units, the fastest pace since the housing boom of the mid-2000s.

By region, housing construction fell a sharp 22.4% in the Northeast but rose in every other region. The gains were led by a 29.9% increase in the Midwest. Construction rose 3.8% in the South and 1% in the West.

The National Association of Realtors released a report Wednesday contending that there was an “underbuilding gap” of between 5.5 million and 6.8 million housing units because of decades of under-investment in home construction.

Growth in the nation’s housing inventory has slowed significantly since the turn of the century with every region of the country being affected, the report said.

“The state of America’s housing stock … is dire with a chronic shortage of affordable and available homes,” the report said, recommending that officials work to remove barriers to new development.