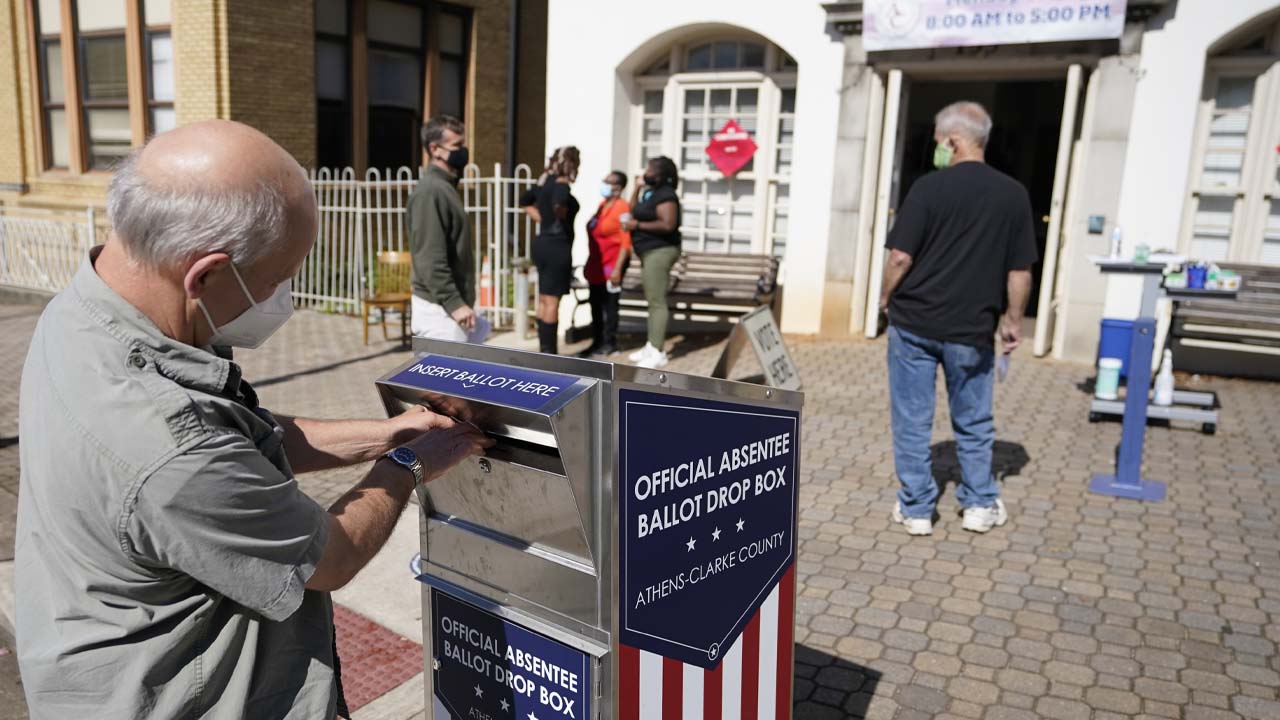 ATLANTA — Georgia’s secretary of state says his office is reviewing the handling of paperwork related to ballot drop boxes in the state’s most populous county during last year’s election.

“New revelations that Fulton County is unable to produce all ballot drop box transfer documents will be investigated thoroughly, as we have with other counties that failed to follow Georgia rules and regulations regarding drop boxes. This cannot continue,” Secretary of State Brad Raffensperger wrote in a tweet on Monday.

Temporary rules passed by the State Election Board last year allowed voters to return absentee ballots by putting them in secure drop boxes. The rules required the county to collect ballots from each drop box location at least once every 24 hours and have each collection team complete and sign a transfer form upon removing the ballots. The form was supposed to include the date, time, location and number of ballots.

Fulton County spokeswoman Jessica Corbitt said in an email Tuesday that the county followed procedures for the collection of absentee ballots from the drop boxes.

Report Says Some Forms May Have Been Misplaced

Secretary of state’s office spokesman Ari Schaffer said Raffensperger’s tweet referred to comments made by a Fulton County elections employee in a report on The Georgia Star News, a conservative website. The report says that some drop box transfer forms were missing when Fulton County produced forms in response to an open records request.

The report quotes a statement from Mariska Bodison, with Fulton County Registration and Elections, saying that officials noticed “a few forms are missing.” She said that when a COVID-19 outbreak happened at a county elections warehouse in October “some procedural paperwork may have been misplaced.”

“We maintain a large quantity of documents and are researching our files from last year,” Corbitt said Tuesday. “The majority of the ballot transfer forms have already been produced and we are continuing to research a handful.”

She said the county has been in touch with the secretary of state’s office to update them on its progress.

The investigation comes as some Republicans and supporters of former Republican President Donald Trump continue to perpetuate Trump’s false claim that he lost the November election to President Joe Biden because of widespread fraud, including in Georgia.

Georgia was one of several states to pass a sweeping new elections law this year, prompting numerous lawsuits from voting rights advocates who say it is aimed at limiting minority and other voters who helped Democrats win.

Raffensperger announced in April that his office had referred three counties for investigation after they failed to fill out the transfer forms when collecting ballots from drop boxes. Those three counties had a combined population of about 76,000 people, according to 2019 estimates by the U.S. Census.

Raffensperger said at the time that his office had confirmed with the other 120 counties that had drop boxes during the November election that they had completed the ballot transfer documents.

The drop box rule was a temporary measure implemented in response to the increased demand for absentee ballots driven by fears about the coronavirus pandemic. The state’s new election law requires each county to have at least one drop box but also puts stricter limits on where they can be and how many a county can have.

Merced Police and Fire Crack Down on Illegal Fireworks