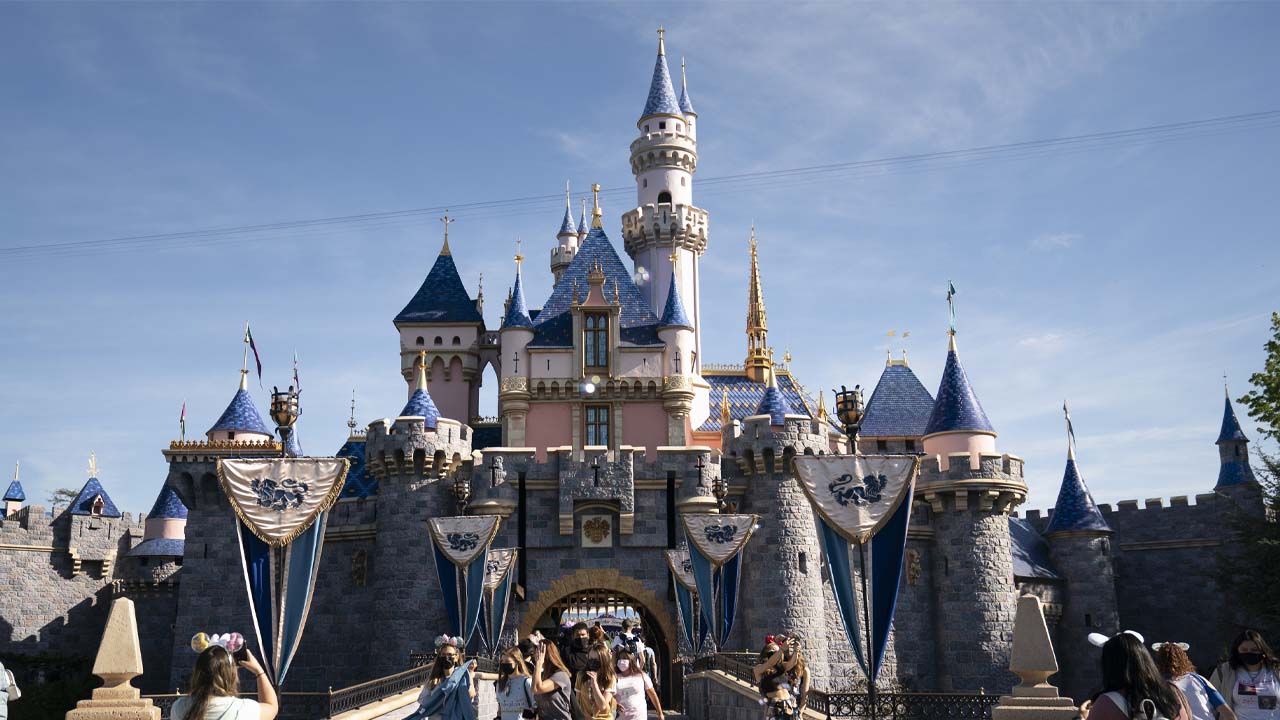 SACRAMENTO — California will offer six “dream vacation” incentives to spur more people to get coronavirus vaccinations, Gov. Gavin Newsom said Monday on the eve of the state awarding of $15 million in cash prizes.

Aside from boosting California’s vaccination rate as it lifts most pandemic restrictions Tuesday, the latest promotion aims to jump-start the Golden State’s travel and tourism industry after more than a year in virtual hibernation because of stay-at-home orders and travel restrictions.

The tourism industry “had a sledgehammer taken to it,” Newsom said.

Tourism revenues nose-dived from a record $145 billion in 2019 to $65 billion last year as California enacted some of the nation’s toughest restrictions.

But Newsom said it’s safe to return as the state of nearly 40 million people boasts among the nation’s lowest virus transmission rates.

In San Francisco, 80% of eligible city residents have received at least one dose of vaccine, and nearly 70% are fully vaccinated, becoming the first major American city to hit that threshold, Mayor London Breed said Monday.

Newsom spoke in San Francisco, site of one of the six vacation packages offered by various donors through Visit California, the state’s nonprofit travel promotion arm.

Others will include Anaheim in Orange County, Los Angeles, San Diego and at a luxury hotel in Palm Springs. Newsom hastily added that he has never visited the luxury hotel, a caveat that comes after he was widely criticized for patronizing an exclusive Napa Valley restaurant during the pandemic.

Goodies in the package include floor seats at an NBA game with the LA Lakers, and tickets to Disneyland, Legoland, SeaWorld and a symphony, he said.

They are among “a series of spectacular items and packages and experiences, including culinary experiences, that really highlight the best of California,” Newsom said.

Visit California will also provide each winner with $2,000 in travel money, Newsom said.

Newsom is also proposing $95 million in state funding to help a hospitality and tourism sector that at one point during the pandemic he said lost nearly half its 1.2 million jobs. The investment could speed the resumption of more than 300,000 jobs within a year, he projected.

Caroline Beteta, president and CEO of Visit California, said California is perceived to be less ready for tourism than other states, in particular Florida, because it enacted more safeguards that Newsom and other officials said were worth it both for the economy and the health of Californians.

She predicted it will take another four years for California to fully recover, particularly because business and convention travel is expected to take more time to return.

Meanwhile, Newsom said he expects California’s workplace regulators this week will allow employees to “self-attest” that they have been vaccinated.

Fully vaccinated employees would not need to wear masks under rules to be considered Thursday by the California Occupational Safety and Health Standards Board. Newsom said he will then issue an executive order putting those regulations into effect immediately, bypassing a normal 10-day legal review.

The methods of employer verification aren’t spelled out in the draft regulationsreleased Friday.

But the board’s staff confirmed Monday that employers would have options, including requiring workers to show proof of vaccination; requiring everyone to remain masked, vaccinated or not; or allowing employees to self-attest to their vaccination status, with the employer keeping a record of who self-attests.

“Self-attestation is a necessary option to help businesses — particularly small businesses — avoid getting into the murky waters of attempting to verify vaccinations when workers may have lost their vaccine cards,” said Robert Moutrie, a policy advocate at the California Chamber of Commerce.

Monday’s new prize announcement adds to a weekslong effort to entice those reluctant to get the vaccines to do so.

Newsom on Tuesday will oversee a drawing where 10 vaccinated people will win $1.5 million each.

That’s the same day Newsom is lifting his stay-at-home order and ending most restrictions on businesses, including allowing fully vaccinated people to stop wearing masks under most circumstances.

He said the state began offering the incentives after California and the nation started seeing a decline in the number of first vaccinations. Administered doses increased 13.8% week-over-week since the prize drawings began, he said.

“We are confident these vaccine incentives have worked. That’s why we want to continue in that spirit” with the vacation packages, he said.

The prize giveaways, streamed online, have the appearance of game shows, with Newsom as host giving out 30 $50,000 prizes. The state is also giving $50 gift cards to 2 million people who get vaccinated.

Newsom, a Democrat, faces a likely recall election this fall largely driven by his handling of the pandemic, and his Republican challengers have contended that the prizes are a taxpayer-paid way for him to boost his popularity. However, other governors of both political parties launched similar incentives.

To aid those who must show they have been vaccinated, the state later this week will unveil what Newsom said will be a way for people to show “an electronic version of your paper version” of the vaccine verification card.

“It’s not a passport, it’s not a requirement,” he said, without giving details.

With COVID Tamed, It’s a ‘Grand Reopening’ in California