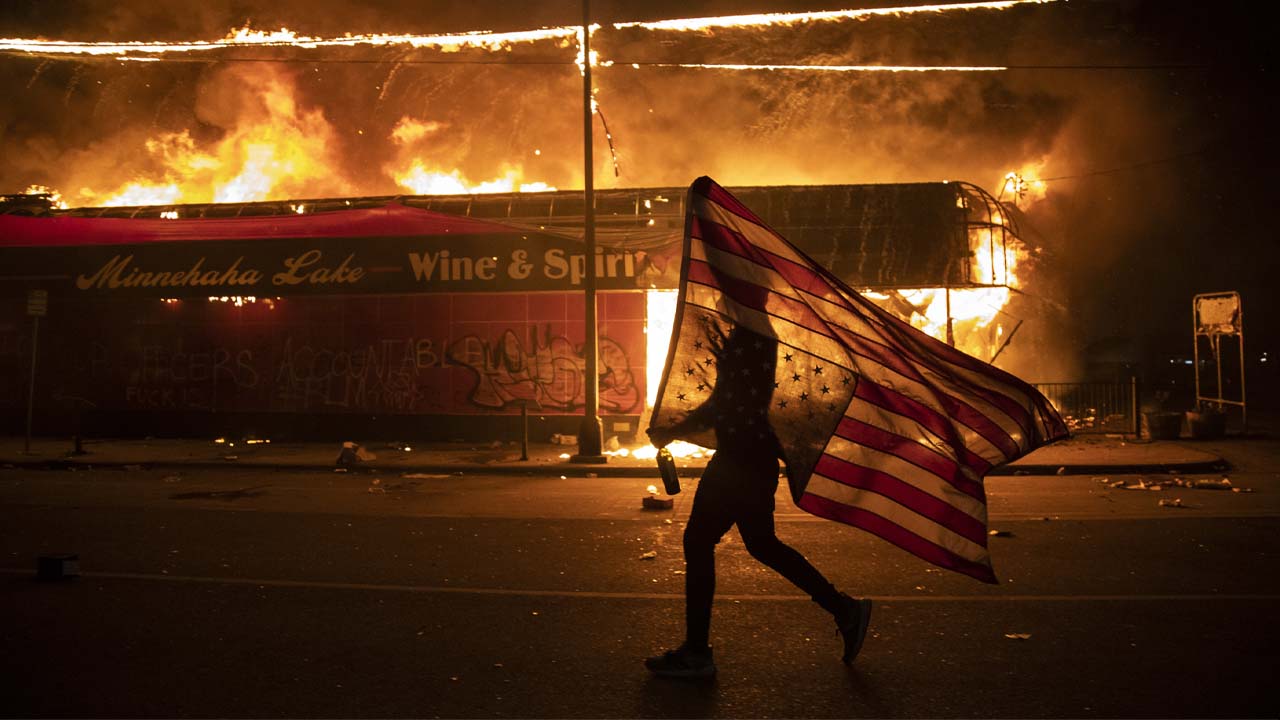 The Associated Press won two Pulitzer Prizes in photography Friday for its coverage of the racial injustice protests and the coronavirus’s toll on the elderly, while The New York Times won the public service award for its in-depth, but accessible reporting on the pandemic.

The honors were among a series awarded for coverage of the pandemic and protests in 2020. The Star Tribune of Minneapolis won the breaking news prize for its reporting following the killing of George Floyd, while Darnella Frazier — the teenager who filmed Floyd’s killing — received a special citation.

The award to Frazier was to highlight “the crucial role of citizens in journalists’ quest for truth and justice,” while the board called the Tribune’s prize-winning coverage “urgent, authoritative and nuanced.”

Frazier was not giving interviews to the media, her publicist said Friday.

Frazier was 17 when she recorded the arrest and death of Floyd, a 46-year-old Black man, on May 25, 2020. She testified at the trial of former Minneapolis police officer Derek Chauvin that she was walking to a corner grocery store to get snacks with her then-9-year-old cousin when she saw a man being pinned to the pavement, “terrified, scared, begging for his life.”

The AP and The New York Times each won two prizes.

The feature photography prize went to AP’s chief photographer in Spain, Emilio Morenatti, who captured haunting images of an older couple embracing through a plastic sheet, mortuary workers in hazmat gear removing bodies and of people enduring the crisis in isolation.

The breaking news prize for protest coverage was shared by 10 AP photographers. One widely reproduced photograph by Julio Cortez on the night of May 28 in riot-torn Minneapolis shows a lone, silhouetted protester running with an upside-down American flag past a burning liquor store.

“It is a tremendous honor to win not only one, but two Pulitzer Prizes for photography, and a true testament to the talent and dedication of AP photojournalists,” said AP President and CEO Gary Pruitt. “These photographers told the stories of the year through remarkable and unforgettable images that resonated around the world.”

The Star Tribune won for breaking news for its coverage of the May 25, 2020 killing of Floyd and the resulting civil unrest that tore through the city. Floyd, a Black man, died as he was being pinned to the ground by a white Minneapolis police officer.

Video of the killing sparked a wave of protests, first in the Twin Cities and then nationwide.

Star Tribune journalists covered the rage in Minneapolis, where protesters burned buildings including a police station.

The officer who kneeled on Floyd’s neck for 9 minutes, 29 seconds was later convicted of murder.

The New York Times won its public service prize for pandemic coverage the judges said was “courageous, prescient and sweeping coverage” and “filled the data vacuum” for the general public. Wesley Morris of the Times won for criticism touching on the intersection of race and culture.

“Globe journalists covering that deadly crash on an isolated stretch of highway in New Hampshire quickly discovered an appalling number of lapses on the part of our government, and wouldn’t let go,” McGrory said. “They pried out an enormous amount of vital data. They practiced tireless shoe-leather reporting. What they produced has created immediate reforms, resulted in deadly drivers being taken off the road, and has surely saved lives.”

Brendan McCarthy, the editor on the series, said the Globe “quickly found that this kind of tragedy had been happening year after year for decades. The problems were in plain sight but had never been addressed.”

The prize for explanatory reporting was shared by two recipients, including Reuters. Ed Yong of The Atlantic won for a series of deeply reported and accessible articles about the pandemic.

Related Topics:Pulitzer Prize
Up Next