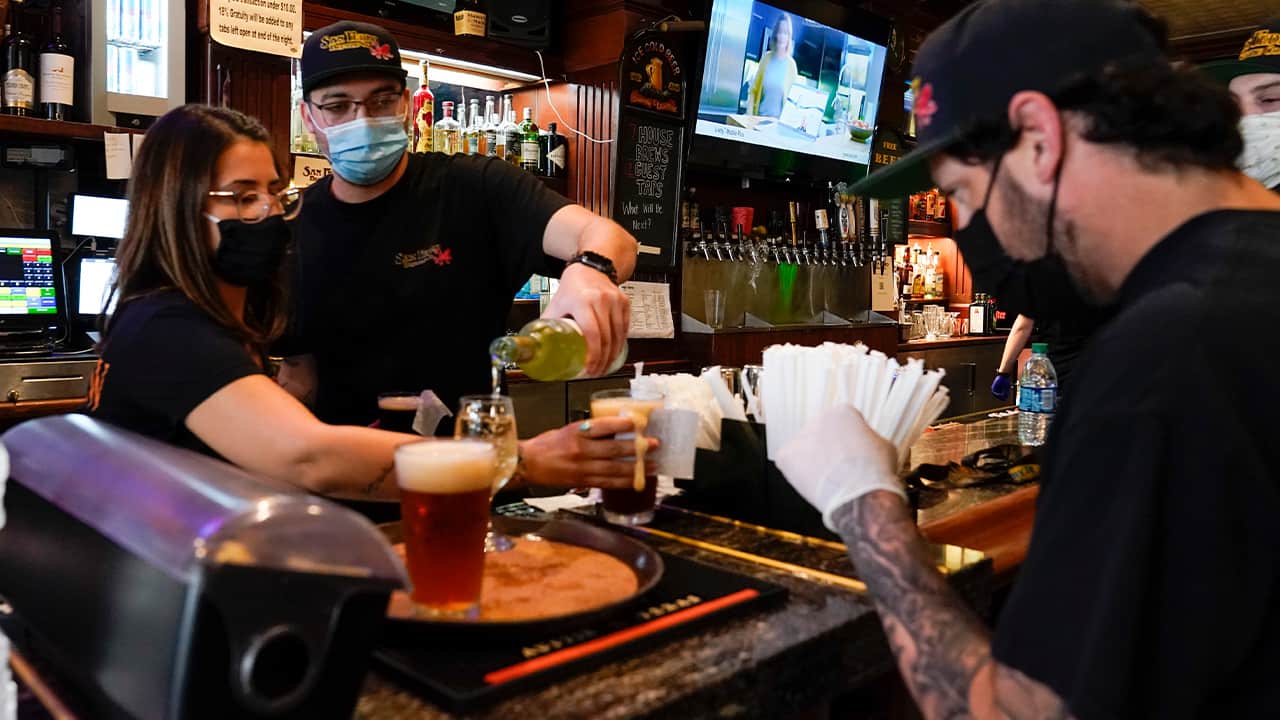 LOS ANGELES — Businesses in California remain baffled by the shifting rules over who needs to wear masks and where as the nation’s largest state fully reopens from the pandemic on Tuesday.

That has some business leaders clamoring for Newsom, who will likely face a recall election in the fall, to step in and order just one set of mask rules for California’s 40 million people.

With vaccinations rising and coronavirus cases low, California will end most mask rules on June 15 for people who are vaccinated while continuing to require face coverings for unvaccinated people in indoor public settings and businesses. Everyone will need to remain masked in some places such as public transit and indoor school classes.

Under the system, business can rely on an honor system where customers are expected to use a mask if they aren’t inoculated but aren’t required to show proof.

“The posting of this guidance clearly requiring people, putting the requirement on the individual to self-attest to their vaccine status by wearing or not wearing a mask, will be the way — one approved way — to comply with this set of updates,” Dr. Mark Ghaly, California’s secretary of health and human services, said this week. Ghaly said businesses can also require vaccine verification or face coverings if they choose.

But the state’s Occupational Safety and Health Standards Board, which oversees workplaces, has been drafting its own, distinct reopening rules. Last week, the board adopted a rule that would have let workers forgo masks only if every employee in a room was fully vaccinated against the coronavirus. The Cal/OSHA board has since backtracked and is considering changes to those rules but these won’t be revisited until a June 17 meeting or likely to take effect until the end of the month.

The rules apply in almost every workplace in the state, including workers in offices, factories and retail.

Robert Moutrie, a policy advocate at the California Chamber of Commerce, said the board’s decision to rework the rules is welcome but more changes are needed. The chamber, for example, also opposes a proposal to require employers to provide the most effective N95 masks for voluntary use by unvaccinated employees who work indoors or at large outdoor events, saying it would be costly and compete with health care workers’ needs.

“California needs consistency as it moves towards opening on June 15th,” Moutrie said in a statement.

Derrick Seaver, president and chief executive of the Silicon Valley Organization, said businesses have struggled throughout the pandemic with a patchwork of approaches and lack of consistency in guidelines. But he believes the state is moving in the right direction by seeking to get in sync with Centers for Disease Control and Prevention guidance on face coverings, and said local businesses are pleased they won’t be on the hook to verify or enforce mask wearing.

“By allowing those individuals to self attest, we’re allowing them to obviously to some extent take personal responsibility about that attestation,” Seaver said. “From a business standpoint, that gets them out of the thorny issues of reporting and privacy” related to vaccine administration.

“We’re going to go back to some semblance of normalcy, and obviously every step in that direction is a good day for business,” he said.

Related Topics:mask wearing
Up Next